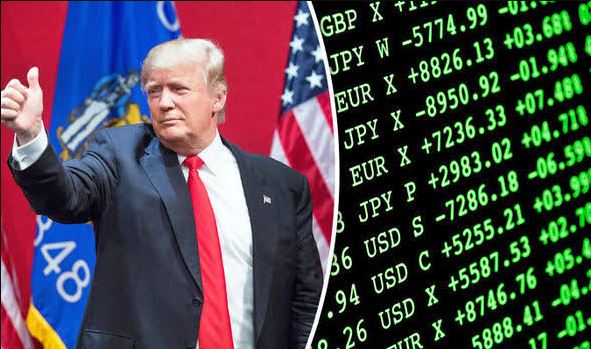 On Wednesday, investors around the world continued to breathe deeply on the stock markets given the shift in US punitive tariffs to Chinese imports.

The postponement of US punitive tariffs on certain Chinese imports boosted stock markets worldwide. Gifts such as iPhones, sneakers or even some items of clothing are excluded from the 10 per cent punitive tariffs on Chinese goods announced by US President Donald Trump until 15 December. The special duties should take effect from September.

On Wall Street on Tuesday, investors took a lot of courage after the weakness at the beginning of the week. This was prompted by new signals in the trade dispute with China. The US said that new tariffs on Chinese imports will be postponed until December. China, on the other hand, was expected to enter into telephone negotiations soon. This gave rise to renewed hope among investors that progress could still be made in the deadlocked tariff dispute. After a cautious start, the Dow Jones Industrial rose +1.48% at an early rally to just under 26,427 points, its highest level since early August. In the end, it crossed the finish line with an increase of 1.5 per cent to 26,279 points. He thus more or less made up for his losses of the previous day.

The Asian stock markets benefited on Wednesday from slight signs of easing in the trade dispute between the USA and China. In Japan, the Nikkei 225 closed 1.0 per cent higher at 20,665 points. On China’s mainland exchanges, the CSI 300 recently rose by 0.84 per cent, and in Hong Kong, the Hang Sang rose by 0.7 per cent.

However, weak economic data should dampen the joy of the stock market: Production in China’s industrial sector rose more slowly in July than at any time since 2002, partly due to the consequences of the trade dispute with the United States. Retail sales and investments were also disappointing in July. As already known, the Chinese economy grew by 6.2 per cent in the second quarter – the lowest level for almost three decades.

Europe markets at a glance

The European stock markets show losses in the middle of the week.

The EuroSTOXX 50 began Wednesday close to the end of the previous day with a plus of 0.03 per cent at 3,358.12 points. Afterwards, however, it is lower.

The German DAX began Wednesday’s trading with a minimal plus of 0.07 per cent at 11,758.13 points but then fell back. Also, the TecDAX opened trading with a premium of 0.25 per cent at 2779.26 points. It also returned to zero shortly after that.

The signals of relaxation in the US-Chinese trade dispute, which finally helped the German market into positive territory on Tuesday, are no longer supportive on Wednesday. Weak economic data from China and a declining GDP in Germany are making investors cautious again.

On the corporate side, investors are turning their attention to RWE. The company was able to record an increase in profits. Besides, other German second-line stocks also give investors an insight into their books, including LEONI, Bilfinger, Nordex and EVOTEC.

The positive news out of the US has immediately translated into a higher Chinese Yuan, helping to consolidate the state of ‘risk appetite’. The higher the Chinese Yuan, the less risk of deflationary pressures being exported around the globe, which is another angle from which to interpret the movements and repercussions of the Yuan valuation.

The consolidation of the EUR/USD currency pair continues with sideways movement around the 1,1200 mark.

The price of gold plummeted on Tuesday evening after US President Donald Trump’s latest announcements. After rising to a six-year high of nearly $1,535, the price fell rapidly. The price dropped to below $1,480 within a few minutes. In the meantime, the precious metal has recovered somewhat and is trading around the psychologically important $1,500 mark.

Oil prices fell on Wednesday and thus relinquished some of the strong gains of the previous day. In early trading, a barrel (159 litres) of Brent crude cost 60.79 US dollars. That was 51 cents less than the day before. The price for a barrel of the US variety West Texas Intermediate (WTI) fell by 63 cents to 56.47 dollars.

Prices of the major cryptocurrency fell on Tuesday. Bitcoin went down more than six per cent is currently trading around $10,500. On the other hand, the top two and three of digital assets by market capitalization Ethereum and XRP (Ripple) stayed mainly unchanged. Privacy coin Monero fell by over 7 per cent in the past 24 hours and is currently at $84.

Somewhere between Italy and Hong Kong

Meanwhile, right-wing populist Matteo Salvini has suffered a setback in the government crisis in Italy. The right-wing Lega’s demand for a quick vote of no-confidence failed in a vote in the Senate in Rome on Tuesday evening. It is unclear how political Rome will proceed. The markets were worried that Salvini might lead Italy out of the Eurozone.

In Hong Kong, on the other hand, the situation remains confusing. President Trump spoke yesterday of Chinese troop relocations to the border of the city-state. In Hong Kong, there have been massive protests against the government for more than two months, which regularly end in riots.

China’s dealings with the protesters who demand democratic rights will be of great importance for relations with the West, especially against the backdrop of the bitter trade dispute with the USA. Argentina’s impending collapse was also added to investors’ list of concerns yesterday.

Facebook has allowed employees to listen to and type in selected recordings of users from its Messenger chat service. Users who had activated the transcription function for voice conversations were affected, the online network told the financial service “Bloomberg” on Tuesday. It was the task of the employees to check whether the software had correctly understood the spoken sentences. The messages had been made anonymous. The practice was discontinued more than a week ago.

In recent weeks, Amazon, Apple and Google had also come under fire for having employees evaluate recordings of language assistance software without users being aware of it.

For Facebook, the situation is even more explosive: For years, there has been a rumour that apps on the online network have been listening to users to personalise advertising. As evidence, cases are cited in which ads match a previous conversation.