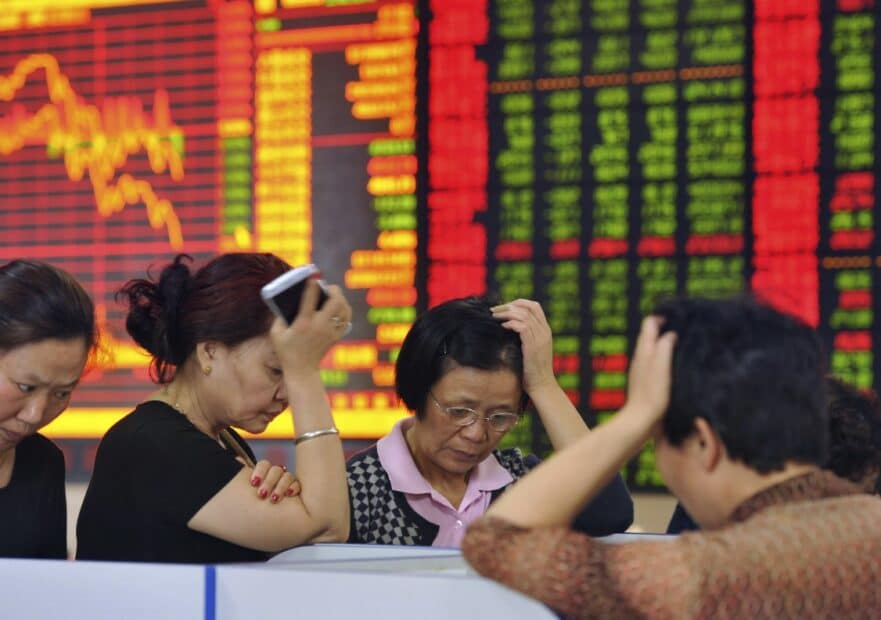 What the Frankfurt Stock Exchange is currently unable to do, happened today in New York. The major stock indices recovered in the day, supported by new economic hopes. Above all, the better-than-expected Empire State Economic Indicator for the New York metropolitan area was well-received by stock market participants.

The market also benefited from higher oil prices, which were driven by an unexpectedly substantial reduction in US crude oil inventories and hopes of increasing demand in the course of an economic recovery.

The Chinese economic data for August, on the other hand, were a big disappointment. Industrial production and retail sales in China both grew at their weakest rates in about a year. Because of the regional closures due to new corona restrictions, domestic demand, in particular, was weak.

Wall Street woke up in the course of trading and ultimately presented a friendly picture. The Dow Jones opened the session virtually unchanged and was then able to work its way into the profit zone, where it ended the trading session with a gain of 0.68 per cent at 34,813.73 points. The NASDAQ Composite also trended firmer after starting the session slightly stronger. It ultimately exited Wednesday’s trade 0.82 per cent stronger at 15,161.53 units.

Even as the negative reaction to the inflation trend the previous day showed that downside risks in the stock markets had increased, there was a recovery on Wednesday. Meanwhile, concerns about the economic recovery, against the backdrop of corona infections and sluggish “vaccination” success, are rising.

The Asian markets lost ground in the middle of the week.

Disappointing economic data from the People’s Republic spoiled investors’ buying mood. However, hopes rose that the Chinese monetary authorities could still introduce stimulus measures. In Hong Kong, on the other hand, the fact that the Macau government is planning to regulate the casinos there more strictly was a burden. In Japan, the strong Japanese yen pulled the stock market down, as the currency is a popular safe haven in times of crisis.

Europe’s markets weakened on Wednesday. At the start of trading, the EuroSTOXX 50 was hardly changed but slipped deeper and deeper into the red and ultimately lost 1.09 per cent to 4,145.94 index units.

The European market was slowed down by China, among other things, where retail sales and industrial production in August were weaker than expected. However, stockbrokers also pointed to China’s specific delta problem and strict lockdowns.

Meanwhile, in Europe, inflation was a concern for investors. In the UK, producer prices continued to rise: Industrial purchasing costs jumped 11 per cent.

The euro is trading slightly below the European session’s level at 1.1812 in US trading on the foreign exchange market. Better-than-expected industrial data from the eurozone supported the euro somewhat. Industrial production in July rose significantly more than expected. Otherwise, the impetus for the euro was limited.

The negative effects of Hurricane Nicholas on production in the Gulf of Mexico are apparently no longer so much in focus. In the meantime, the hurricane has weakened to a tropical storm. The storm had caused a stir on the oil market because the Gulf region was just recovering from hurricane “Ida”, which raged just a fortnight ago. With the all-clear, North Sea Brent and US WTI crude prices rose significantly by around 3 per cent. Brent oil is currently trading at $75.58 and WTI at $72.60 per barrel.

Most major cryptocurrencies increased their value further. Bitcoin gained 2.2 per cent to $48,250, while Ethereum added 5 per cent to $3,600. Cardano rose 4 per cent to $2.50, while Avalanche was one of the top large-cap gainers with a 15 per cent intraday plus to $58.

In August, corona restrictions, persistent semiconductor shortages, and regulations on polluting industries slowed profit growth at Chinese industrial firms. Industrial output in the world’s second-largest economy grew 5.3 per cent in August from a year earlier, the weakest pace since July 2020, official data showed on Wednesday. Analysts polled by Reuters news agency had expected a 5.8 per cent year-on-year increase, down from a 6.4 per cent rise in July. The Chinese economy shook off the corona crisis disruptions earlier than other countries but faced new challenges such as higher commodity costs and problems in global supply chains.

Inflation in Great Britain rose sharply in August. Compared to the same month last year, consumer prices rose by 3.2 per cent, the statistics office ONS announced in London on Wednesday. This is the highest rate since March 2012, compared to 2.0 per cent in the previous month. The jump of 1.2 percentage points was the largest since records began in 1997, the statisticians explained. However, this was probably only a temporary increase, they said, putting it into perspective. On a month-on-month basis, consumer prices also increased significantly by 0.7 per cent.

Industry in the eurozone increased its production significantly in July. According to Eurostat, the statistics authority, production (excluding construction) rose by 1.5 per cent compared to the previous month, seasonally adjusted. Economists surveyed by Dow Jones Newswires had expected an increase of only 0.6 per cent. Compared with last year, industrial production was 7.7 per cent higher versus 6.0 per cent anticipated.

Manufacturing business activity in the NY metropolitan area in the USA rose sharply in September, contrary to expectations. The Empire State index rose to 34.3. Economists surveyed by Dow Jones Newswires had predicted a decline to 17.5. The index had stood at 18.3 the previous month.