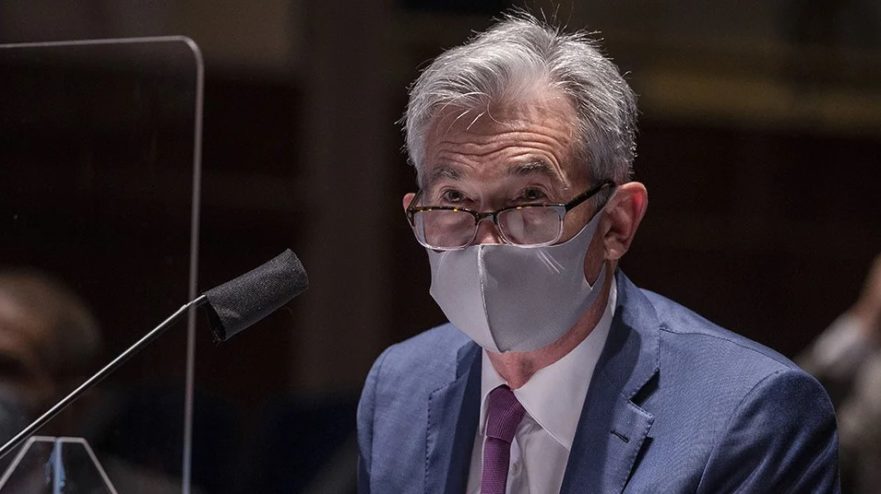 As expected, the US Federal Reserve left its key interest rate for supplying the banks with money in a range between zero and 0.25 per cent. The market was also eagerly awaiting further statements and signals from Chairman Jerome Powell.

However, Powell disappointed the market across the board and, following two days of deliberations, also declared that the Fed would not shake its expansionary stance as long as it was necessary to achieve its goals. He further held out the prospect of keeping interest rates close to zero until inflation was on its way, “for some time” to “moderately exceed” the goal of two per cent inflation “moderately” and full employment was achieved.

These comments sent the stock markets down rapidly, as investors were disappointed by the dovish statements.

The Brexit negotiations also continued to be an issue on the stock exchange floor. After the House approved the controversial Internal Market Act of Commons by Prime Minister Boris Johnson, experts in the House of Lords expect greater opposition to the plan, which is intended to undermine parts of the divorce agreement between Great Britain and the European Union.

At midweek, the US stock markets could not find a common direction.

The Dow Jones was friendly at the start, gaining 0.12 per cent to 28,031.69 points. In the further course, it built up its gains, in some cases substantially, but then had to give up a large part of them again. At the closing bell, a small increase of 0.13 per cent to 28,032.38 points was still on the price board. The NASDAQ Composite started trading with a plus of 0.28 at 11,222.08 points and was initially undecided. In the end, however, it came under heavy pressure and ended the day with a significant minus of 1.25 per cent at 11,050.47 points.

Traders and investors had eagerly awaited the meeting of the US Federal Reserve, which ended on Wednesday. As expected, the guardians of the currency did not adjust the prime interest rate. In addition, the Fed did not assess the economic slump this year quite so dramatically according to some projections, which signalled for no or less further financial aids.

Asian investors were cautious in Wednesday’s trading. The Japanese stock market in Tokyo rose slightly, with the Nikkei closing marginally higher by 0.09 per cent at 23,475.53 points.

In the market, investors’ reticence was strongly noticeable ahead of the interest rate meetings of the US Federal Reserve (Fed) on Wednesday and the Bank of Japan (BoJ) on Thursday.

Positive news came from the economic side: data on Japanese exports were less negative than feared. The fact that the stock market in Japan did not gain any further ground is due to the strong yen, which has appreciated somewhat against the US dollar since the previous day.

On the foreign exchange market (Forex), the euro fell below 1.18 US dollars in late trading during the press conference with US Federal Reserve Chairman Jerome Powell. In early European trading, the euro had risen to $1.1882, but then fell victim to the Fed press conference and slumped to $1.1799.

Oil prices have risen today, supported by surprisingly lower crude oil inventories in the USA. According to the Department of Energy, inventories fell by 4.4 million barrels to 496.0 million barrels. Experts, however, had expected an increase. In the afternoon, a barrel of North Sea Brent was sold for 41.94 US dollars, 1.43 dollars more than on Tuesday. The price of a barrel of the US variety West Texas Intermediate (WTI) rose by 1.49 dollars to 39.78 US dollars.

The precious metals market reacted with disappointment to the Fed statements. A troy ounce of gold dropped to $1,950, more than 1 per cent less than at the start of the day.

Most so-called altcoins turned positive today after Bitcoin led the field the previous day. Bitcoin remained stable and unchanged at $10,850, while Ethereum gained 4 per cent to $379 and XRP rose 2.2 per cent to $0.25.

Japanese exports continue to recover from the sharp slump caused by the corona crisis but are still well below the previous year’s figures. In August they fell by 14.8 per cent year-on-year to 5.2 trillion yen (42 billion euros), the Japanese Ministry of Finance announced in Tokyo this morning. This is the smallest decline since March and also slightly less than experts had expected.

Eurozone foreign trade continued to recover in July from its drastic slump in the corona crisis. For the previous month, exports rose by 6.5 per cent, while imports increased by 4.2 per cent. This is the third consecutive improvement, the statistics office Eurostat announced in Luxembourg on Wednesday. As a result, the trade surplus rose from 16.0 billion to 20.3 billion euros. It is thus approaching its pre-crisis level again.

Snowflake shares off to a furious start on the NYSE

The software specialist Snowflake has made a brilliant debut on the New York Stock Exchange. At the beginning of trading on Wednesday, investors flocked to the company’s shares from San Mateo, California, which aims to heat the market leaders Amazon and Microsoft in the booming cloud business with IT services and storage space on the Internet. At 245 dollars, the initial price was more than twice the issue price of 120 dollars – and it continued to rise: At its peak, the paper was traded for 319 US dollars – an increase of 165.8 per cent over the issue price. At the end of trading, however, the increase was somewhat lower at 112.88 per cent and reached USD 255.45.

The company, whose shares are traded under the ticker abbreviation “SNOW”, previously collected $3.36 billion at the IPO and was valued at more than $30 billion in total. Thus Snowflake stemmed the so far largest premiere of the year at the US stock market. Expectations for the company are high, and in exceptional cases, even star investor Warren Buffett took a large stake in the company with his investment company Berkshire Hathaway.

A Reuters report on plans to enter the market for air cabs inspired General Motors (GM). The shares of the car manufacturer rose by 1.3 per cent. According to insiders, the company is thinking about building electrically powered “flying cars” and about cooperation in this area.