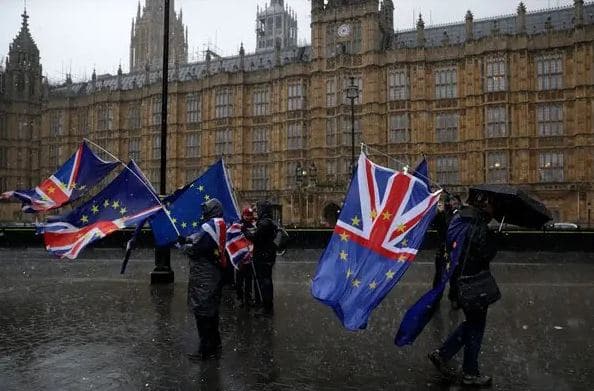 Even though investors have no reason to rejoice at the moment, as global economic growth has cooled off and Germany is also on the verge of recession. However, there is hope for a solution to the major geopolitical risks of the time.

First and foremost, this includes Brexit. The hope of an imminent agreement between the EU and Great Britain has, for example, further boosted the German stock market in the middle of the week.

Nevertheless, it is still unclear whether a last-minute Brexit deal will actually take place. According to EU diplomats, the issues at stake remain trade and the future status of the border between Ireland and Northern Ireland. However, EU negotiator Michel Barnier spoke of constructive talks. However, the conclusion of the negotiations was further delayed on Wednesday. Experts, therefore, warn about over-optimism, as seen with the US-China trade talks.

Wednesday was dominated by uncertainty on Wall Street.

The trade dispute between the USA and China again drove worries to the forehead of the stock market. The background was that the US House of Representatives wanted to pass a law to protect democracy and human rights in Hong Kong. As a result, a deal could be made more difficult because the Chinese government did not react enthusiastically.

In the middle of the week, the stock markets in the Far East showed no common trend.

Wall Street provided firmer targets from the previous day: good quarterly results and favourable outlooks from large companies created a good mood. Also, hopes for a more comprehensive trade agreement between the USA and China and an agreement in the Brexit dispute continued to be supported.

The Dax rose to 12,698 points on Wednesday just before the close of trading, its highest level in 14 months. But then the investor left the courage. In the end, the leading German index ended the day with a plus of 0.32 per cent to 12,670.11 points. Since Tuesday of last week, the Dax has thus added up to just under six per cent.

From a technical point of view, there is now the potential for a further rise in the index price to 13,200 points, chartists believe. From a fundamental perspective, the situation looks less positive, though.

The euro gained ground on Wednesday. The European single currency was traded at 1.1065 dollars at the close of trading. This was slightly higher than in early trading. The European Central Bank (ECB) set the reference price at 1.1025 (Tuesday: 1.1007) dollars. The dollar thus cost 0.9070 (0.9085) euros. The rockstar on the foreign exchange parquette is still the British Pound, as talk filters through the market that the European Union and UK negotiators are closing in on draft Brexit deal. The Sterling appreciated up to USD 1.2880 during the North American session.

Oil prices are stable. Most recently, a barrel (159 litres) of Brent crude cost 59.48 dollars. That was 36 cents more than on Tuesday. The price for a barrel of the American variety West Texas Intermediate (WTI) increased by 31 cents to 53.55 dollars. The increased uncertainty in the Brexit had burdened the oil prices at times somewhat. The troy ounce of gold also recovered slightly to 1,487 dollars.

In the Brexit dispute, the EU and Great Britain spent hours on end on Wednesday night trying to reach an agreement. Although an agreement seemed within reach, both sides did not yet announce a breakthrough. The talks have been suspended and will continue this Wednesday, according to EU sources. The time pressure is enormous: a draft treaty is to be ready by the afternoon so that it can be approved at the summit of EU heads of state and government.

The US quarterly reporting season got off to a good start. The big US banks started the new balance sheet round. At JPMorgan, there was no sign of customer restraint. The financial institution was able to score points with a surprisingly strong quarter, with bonds providing the main impetus. Unit certificates rose by around three per cent, after having even reached a record high in the course of trading. Its competitor Citigroup also earned significantly more thanks to good results in investment banking and lower taxes.

Today, Bank of America, US Bancorp, Netflix and IBM, among others, will report on the latest business development.

The Roche pharmaceutical group is gradually becoming a repeat offender. For the third time this year, the Swiss have raised their annual forecast. Sales are expected to increase by a high single-digit percentage in 2019, excluding currency fluctuations, according to the world’s largest manufacturer of cancer medicines, which announced on Wednesday. So far, the company had anticipated a mid to high single-digit percentage increase.

In the period January to September, the Group generated sales of 46.07 billion Swiss francs from Basel, Switzerland – a currency-adjusted increase of 10 per cent over the same period last year. Roche only publishes half-year and year-end earnings figures.