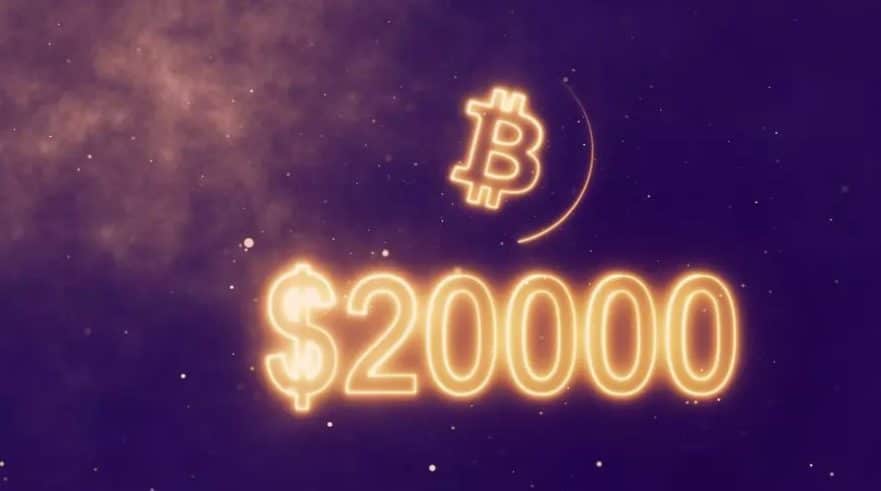 In the afternoon, Bitcoin finally broke through the $20,000 sound-barrier after re-testing its previous all-time high of $19,700 multiple times throughout the past few weeks. Now, things are looking up for all of the crypto-verse, since all signals point towards a massive bull run for the entire digital assets space. As expected, most altcoins followed Bitcoin’s lead and show up in tandem with BTC by initially 5-10 per cent in only minutes.

In contrast, the Fed meeting was pretty much a non-event, which didn’t provide any meaningful impetus for the market.

Market participants continued to bet on a new US economic stimulus package. Politicians from both parties represented in the US Congress expressed optimism earlier in the day that an agreement was in sight.

Besides, investors turned their attention to the US Federal Reserve, which presented the results of its meeting in the evening – the US key interest rate remained untouched. Also, the central bank let glimpse shallow confidence for the economy.

On the Asian markets, prices rose for the most part on Wednesday. The Japanese benchmark index Nikkei gained 0.26 per cent to 26,757.40 points by the closing bell. On the Chinese mainland, however, the Shanghai Composite closed barely moved at 3,366.98 points (-0.01 per cent). In Hong Kong, however, there were significant gains to see, and the Hang Seng ended trading 0.97 per cent stronger at 26,460.29 index points.

Hopes for a new US stimulus package keep stimulating the markets. In Japan, however, the export data for November slowed somewhat and significantly missed experts’ expectations.

The European stock exchanges made significant gains on Wednesday.

The EuroSTOXX 50 showed little movement at the opening but then drove clear gains. Ultimately, a plus of 0.61 per cent stood at 3,543.00 index units on the board.

The Dax rose above the 13,500-point mark to its highest level since February. The previous high for the year at 13,795 points is now also within reach again. It ultimately ended trading 1.52 per cent higher at 13,565.98 points. The TecDAX started the day on a firmer footing and maintained its positive trend throughout the day. It ended the day up 0.97 per cent at 3,142.61 points. Besides, the MDAX temporarily broke through the 30,000-point mark for the first time on Wednesday and set a new all-time high.

Among other things, an emerging agreement on a new US stimulus package had a supporting effect. Also, European purchasing managers’ indices were published and provided positive impetus. Thus, the indices from France and Germany turned out in part significantly higher than expected.

However, the main focus of investors is on the results of the meeting of the US Federal Reserve in the evening.

On Wednesday, the euro exchange rate halted its upward flight on the Forex market from European trading in US business for the time being. The common currency reacted to the results of the US Federal Reserve meeting with a slight drawback and was last quoted at 1.2168 US dollars.

Oil prices moved little on Wednesday and therefore remained near their highest levels since the first lockdown in the spring. At 50.69 US dollars, a barrel of Brent crude currently costs 7 cents less than the previous day. Sixteen cents lost the WTI barrel price to 47.45 US dollars.

The gold price continues to appreciate against an ever-falling greenback and is currently trading at $1,865 per troy ounce.

Back to the headline news: Bitcoin’s price jump triggered a massive buy-signal in the market, which is poised to lead to further price surges across the board. On the daily chart, BTC appreciated by over 17 per cent to $22,600, the highest level ever recorded for the most popular cryptocurrency. Ethereum gained over 11 per cent to $651, and XRP triggered a massive reversal after falling to $0.43. XRP’s daily gain was 23.8 per cent to $0.5610.

Contrary to analysts’ expectations, Japan‘s foreign trade is unable to continue its recovery of recent months. Last month, exports fell 4.2 per cent from a year earlier, data from Japan’s Ministry of Finance (MOF) showed on Wednesday. Economists had expected a 0.5 per cent increase, according to a Reuters poll. In October, the world’s third-largest economy posted a 0.2 per cent decline. Imports fell 11.1 per cent, compared with a median estimate for a 10.5 per cent drop. The trade balance was a surplus of 366.8 billion yen ($3.54 billion). Analysts polled by Reuters had expected a surplus of 529.8 billion yen.

Price inflation in the United Kingdom is weakening significantly in the second Corona wave. Consumer prices increased by 0.3 per cent in November compared with the same month last year, as the statistics office OSN reported in London on Wednesday. In the previous month, the rate had been 0.7 per cent. Analysts had expected a slight slowdown to an average of 0.6 per cent.

Activity in the eurozone private sector was significantly higher than expected in December. The composite index for production in the private sector – industry and service providers combined – rose to 49.8 points from 45.3 in November, the IHS Markit Institute reported in its initial release. Economists surveyed by Dow Jones Newswires had forecast a weak increase to 45.7 points.

Accordingly, growth in the German economy also accelerated in December, contrary to expectations. IHS Markit’s composite index for production in the private sector – industry and service providers combined – improved to 52.5 from 51.7 points in the previous month, according to data in the first release for the month. Above 50 points, the economic barometer signals growth, and below that, contraction.

Retail sales in the United States fell in November for the first time in seven months as consumers held back during the vacation season around Thanksgiving. Total sales fell 1.1 per cent from the previous month. Economists surveyed by Dow Jones Newswires had expected a consensus decline of only 0.3 per cent.

Activity in the US economy weakened in December but remained at a robust level overall. IHS Markit’s composite index of production in the private sector – industry and service providers combined – fell to 55.7 from 58.6 points the previous month.

Canadian cannabis product manufacturers Aphria and Tilray have agreed to merge. Leamington-based Aphria is offering Tilray shareholders a 23 per cent premium to Tuesday’s closing price, or about $9.68 per share, according to the agreement, the companies announced Wednesday. Upon completion of the transaction, existing Aphria shareholders are expected to hold 62 per cent of the company’s stock.

The merger still requires approval from Tilray shareholders. It is expected to generate annual savings of the equivalent of $78.5 million within two years of closing. Closing is scheduled for the second quarter of next year. Part of the agreement, according to the release, is a termination fee of the equivalent of $51 million, payable under certain circumstances.

The merged company is expected to be listed on the Nasdaq stock market in the US under Tilray’s stock symbol. The enterprise value upon completion of the transaction is estimated to be approximately $3.8 billion. Combined annual sales are expected to be the equivalent of roughly $686 million.