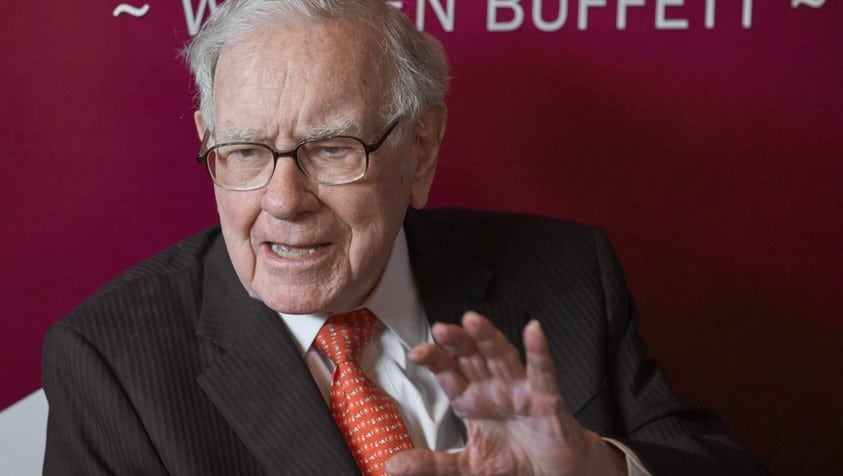 Investment legend Warren Buffett has caused a change of direction on the stock markets with his sales of Apple shares and purchases of oil and telecom shares. But concerns are gradually growing that the billion-euro Corona aid programmes could lead to rising inflation. The surprisingly sharp 1.3 per cent rise in producer prices in the USA fuelled speculation about a rising inflation rate.

The rising bond yields also set the alarm bells ringing more clearly in the market. At least today, some investors played it safe and cashed out.

The Fed meeting minutes published in the evening calmed the market. No indication of an imminent change in the ultra-loose monetary policy. Because of the USA’s job crisis, the Fed sees itself as an emergency helper in the Corona crisis for some time to come.

The monetary guardians still believe they are a long way from achieving their full employment and price stability goals. At that time, they had decided to continue to support the economy with monthly purchases of securities worth 120 billion dollars. These are only to be cut back when the job market situation improves dramatically and inflation picks up as desired.

The Dow Jones started the trading session somewhat lighter and hovered around the zero lines for a long time. After US bonds stabilised, the leading index was able to work its way slightly into the profit zone, and a small gain of 0.29 per cent stood at 31,613.02 points on the board at the trading close. The NASDAQ Composite already lost significantly at the start and maintained this tendency in the further course. It ultimately fell by 0.58 per cent to 13,965.49 index units.

After the new highs of the previous day, the stock markets seemed to have run out of steam on Wednesday. Market participants saw the recent significant rise in bond yields as a brake, and asset class equities were said to suffer. Most recently, these have come back somewhat.

Some economic data were also released today and caused movement in the market.

The Asian markets also moved in different directions in the middle of the week. The Japanese benchmark index Nikkei closed 0.58 per cent lower at 30,292.19 points. It thus remained above the 30,000 marks, which it had overcome on Monday for the first time since 1990.

Trading on the Chinese mainland was still suspended due to the holiday, with trading not resuming until 18 February. Hong Kong’s Hang Seng was up 1.10 per cent at 31,084.94 points at the end of trading.

Investors took some of their gains on Wednesday after the recent rally. Market observers said the accelerated rise in US government bond yields also had a braking effect. Hong Kong was an exception with rising share prices, as there was still pent-up demand after the multi-day holiday break, which did not end until Tuesday.

European stock markets fell uniformly today. The EuroSTOXX 50 started somewhat lower and was down 0.66 per cent to 3,701.72 points in the evening.

In view of growing inflation concerns, the DAX lost considerable ground today. The leading German index closed 1.1 per cent lower at 13,909 points – and is thus back at the early February level. The TecDAX started the day only slightly lower. As the day progressed, German tech stocks also extended their losses, with the index closing 1.31 per cent weaker at 3,543.38 points.

The data from the USA and Asia were mixed on Wednesday. Despite the economic data from the USA, there was hardly any impetus in the afternoon. Experts expected slight profit-taking because of rising US bond yields.

Rising bond yields in America made the greenback more attractive on the Forex market. The dollar index (DIX), which reflects the exchange rate to major currencies, rose by 0.6 per cent. The euro consequently fell towards 1.20 US dollars. The greenback received additional tailwind from the surprisingly strong rise in US retail sales.

Speculation about an increase in supply weighed on oil prices, but Brent and WTI continued to rise nevertheless. North Sea Brent could not hold its 13-month high of 64.75 US dollars a barrel and was trading 39 cents higher at 63.72 US dollars in the late evening. The price of a barrel of WTI light oil from the USA rose by 25 cents to 60.30 dollars. According to the Wall Street Journal, Saudi Arabia wants to increase oil production in the coming months because of the higher prices.

In turn, the price of gold fell by a further one per cent to 1,777 US dollars per troy ounce.

Bitcoin is once again causing a sensation, breaking through the $50,000 barrier today and trading for a mind-blowing $52,400 per coin in the evening – a 6.2 per cent daily gain. The rest of the cryptocurrency-pack followed suit and returned to bull-mode as well. Ethereum went up by 5.1 per cent to $1,860, while Polkadot, now firmly holding the number 4 spot of all digital assets, grew 6.4 per cent to $32.33. Even though every single top 10 coins grew significantly, the best performing digital asset was the Binance coin, which can be seen as a sign that investors are positioning themselves to invest in other cryptos very soon.

High demand from China boosted Japanese exports in January. Exports rose by 6.4 per cent in January compared to the previous year, the Japanese Finance Ministry announced in Tokyo on Wednesday. This was the second consecutive increase in exports – in December they had risen for the first time in two years, by 2 per cent.

The real wages of German employees fell by 1.0 per cent in 2020. As published by the Federal Statistical Office (Destatis), nominal wages fell by a good 0.6 per cent. Consumer prices went up by just under 0.5 per cent last year. After deducting inflation, employees, therefore, had to accept a drop in earnings.

Consumer prices in Great Britain rose slightly more at the beginning of the year. In January, they climbed by 0.7 per cent year-on-year, the statistics office ONS announced in London on Wednesday. In December, the inflation rate was 0.6 per cent.

Producer prices in the USA rose more than expected at the beginning of the year. In January, they rose by 1.3 per cent month-on-month, as the Labour Department announced in Washington on Wednesday. Economists had expected an average increase of only 0.4 per cent. Excluding the strongly fluctuating prices for food and energy, prices rose by 1.2 per cent month-on-month.

US retailers increased their sales much more than expected in January. Total sales increased by 5.3 per cent over the previous month. Economists surveyed by Dow Jones Newswires had expected an increase of only 1.2 per cent. The strong growth is likely due in no small part to the $600 in direct payments that households received from the stimulus package passed in December.