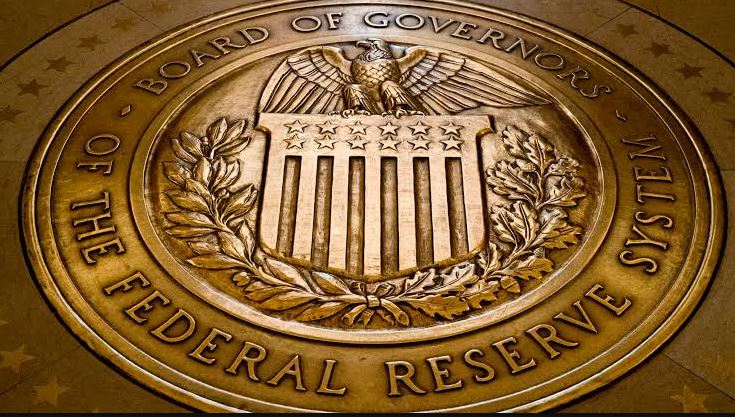 Waiting for the Fed again

The upside potential in the equity markets is likely to be limited on Wednesday. Investors are eagerly awaiting a likely further rate cut in the US and statements on further monetary policy.

The US Federal Reserve is likely to face its second rate cut this year. On the financial markets and in the economic departments of many banks, the central bankers led by Fed Chairman Jerome Powell are firmly expected to cut their key interest rate band by a further 0.25 percentage points. The central bank interest rate would then lie within a range of 1.75 to 2.0 per cent. At the end of July, the Fed cut interest rates for the first time in more than ten years.

Wall Street stabilised somewhat after a weak start to the week on Tuesday. The Dow Jones Industrial shook off its lethargy on the final straight and left trading 0.1 per cent firmer at 27,110 points. The other US stock indices outperformed the leading index: the market-wide S&P 500 ultimately gained 0.3 per cent to 3,005 points. The technology-oriented Nasdaq 100 rose by 0.5 per cent to 7,888 points.

Investors in Asia are also holding back on Wednesday morning. The Nikkei index on the Tokyo Stock Exchange remains unchanged shortly before the close of trading. The trade wars, the global economic slowdown and the strength of the Yen continue to weigh on Japan’s exports. In August, exports fell for the ninth year in a row compared to the previous year. The decline of 8.2 per cent was also significantly higher than in July. However, experts had expected an even higher decline.

The European stock markets were reasonably stable on Tuesday.

The EuroSTOXX 50 started marginally lower and continued to move sideways. The index closed 0.09 per cent stronger at 3,521.72 units.

The German leading index DAX opened at a marginal discount, but reduced its losses until the end of trading: In the end, it fell 0.06 per cent to 12,372.61 points in the evening. The TecDAX initially oscillated around its previous day’s level, temporarily turning clearly into a loss. At the close of the trading day, it recorded a small plus of 0.19 per cent at 2,879.87 points.

In the currency market, a change in the US interest rate level is also eagerly awaited. The Euro is able to move a little away from the critical 1.10 Dollar level in the morning. Currently, the common currency is trading at 1.1065 dollars.

The price of gold remained mostly unchanged on Wednesday morning. The troy ounce of gold is currently trading at about $1.501. Prices on the oil market stabilised again on Wednesday after a wild up and down ride. After the attacks on the oil refining of the Saudi oil giant Aramco, full production is to be restored by the end of September. A barrel of the US variety WTI is currently traded at 58.85 dollars, the barrel of the North Sea variety Brent costs 63.80 dollars in the morning.

The cryptocurrency market is able to register gains within the last 24hrs. The total market cap rose from around 266 to currently 272 billion US dollars. The biggest gainer of the top ten digital assets was Ripple’s XRP. With an increase of over 15% the digital asset rose back over the critical 30 cents mark. Ethereum also made some solid gains with a plus of 8 per cent to $215. The number one crypto Bitcoin, on the other hand, didn’t move at all and costs $10,240.

The world’s most liveable city

As every year, the Economist Intelligence Unit (EIU) has again this year carried out its ranking of the most livable cities. Vienna was once again able to hold its own.

The British study assessed a total of 140 cities according to criteria such as standard of living, crime rate, health care, cultural offerings, environmental situation, school system and urban infrastructure.

For years, the Australian metropolis of Melbourne had been at the top of the rankings before another city took the lead last year and defended its position in this year’s ranking: Vienna. The Austrian capital scored a proud 99.1 out of a possible 100 points. In the areas of stability, health care, the school system and infrastructure, it was even able to win with a full score. Factors such as a lower crime rate, a relatively moderate cost of living, equal opportunities and efforts in housing construction to .keep rents relatively low were cited as reasons.

This year, Melbourne again came second with 98.4 points, followed by another Australian metropolis: Sydney. The top 10 also included the Japanese city of Osaka, the Canadian cities of Calgary, Vancouver and Toronto, Tokyo, Copenhagen and the Australian city of Adelaide.

Six weeks before the Brexit date at the end of October, the European Parliament will discuss in the morning what chances remain for a mild end to the drama. EU Commission President Jean-Claude Juncker reports in Strasbourg on his talks with British Prime Minister Boris Johnson earlier this week. In a resolution, the MEPs want to reaffirm the position of the European Union.

The economic slowdown and the ongoing US-Chinese trade dispute are causing problems for the US parcel service. The Deutsche Post rival announced a 14.3 per cent decline in profits in the first quarter following the close of trading in New York. Sales remained virtually unchanged at approximately $17 billion. FedEx stocks initially lost almost eight per cent in post-trade trading. The shares of competitor UPS also fell by two per cent.

The US software group Adobe has disappointed the stock market with a weak outlook for the fourth quarter. The company forecast sales below analysts’ expectations. The reason is the fierce competition in the cloud market. The group expects 2.97 billion dollars compared with the average expectations of 3.03 billion dollars of the experts. In the third quarter, Adobe increased earnings and revenue thanks to demand for its products for designing digital content. Net profit climbed to 792.8 million dollars from 666.3 million dollars a year earlier. Revenues increased by 24 per cent to $2.83 billion. In particular, business in the Digital Media segment was good.