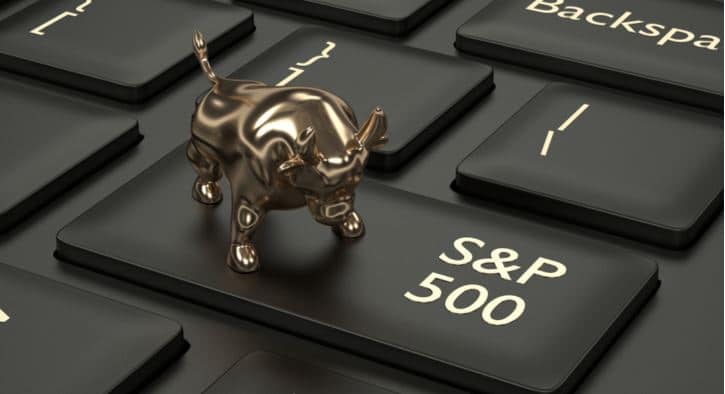 It was a rather impulse-poor Wednesday from an economic point of view, which left the local markets accordingly cold.

Wall Street is only making progress with the brakes on, but it can partially post further gains. The S&P 500 made it up 0.1 per cent and reached a new all-time high of 3,194 points. The technology-oriented Nasdaq advances by 0.2 per cent to around 8,598 points. The Dow Jones, on the other hand, stagnated at just under 28,300 points until shortly before the close of trading.

The Dow Jones index, which had reached a new record high the previous day, was unable to continue its run and dropped out of trading at a discount of 0.09 per cent to 28,240.94 points.

Meanwhile, mini-gains were reported on the tech front: The NASDAQ Composite said goodbye 0.05 per cent firmer at 8,827.73 index points. However, the stock market barometer had previously reached a new high: at its peak, it rose to 8,848.76 index points.

After the recent record hunt, investors puffed through on Wednesday; the markets did not make any big leaps. Among other things, stock market participants acted cautiously because the partial trade agreement reached between the USA and China has still not been signed, and hardly any details are known. According to market participants, investors’ willingness to take risks is increasingly diminishing given the upcoming holidays. Besides, the impeachment proceedings against US President Trump continue to dampen investors’ buying mood.

The Asian indices were weaker in the middle of the week.

The recent euphoria found as a result of the “Phase 1 Agreement” between China and the USA has meanwhile ebbed away, as investors are still waiting for further progress and new reports.

In Japan, falling imports and exports were reported, but these had not fallen as sharply as had initially been feared. In China, however, a slight interest rate cut had a counteracting effect: The interest rate for 14-day refinancing operations was lowered by five basis points.

The EuroSTOXX 50 oscillated in the course of trading around its previous day’s close and ended the day with a small minus of 0.17 per cent at 3,739.00 points.

For the second day in a row, the German stock market slipped lower towards the middle of the week.

The leading index, the Dax 30, had already fallen somewhat at the opening and then fell lower so that it finally lost by 0.49 per cent to 13,222.16 points in the evening. Also, the TecDAX had started with little change, then slipped into the loss zone and closed 0.93 per cent lower at 3,032.44 units.

Investors continued to focus their attention on political issues, with the Brexit remaining in view. The fear that a hard Brexit is not from the table nevertheless germinated partially again. The impeachment proceedings against Donald Trump and the concern that the US President could now turn his attention to Europe after a partial agreement with China also caused restraint. Here, too, he is disturbed by the trade balance, which is in a deficit from a US perspective.

The euro fell somewhat on Wednesday. In the afternoon, the European common currency, the euro, cost 1.1120 US dollars. It thus recovered only slightly from its daily low and traded noticeably lower than in the morning. The European Central Bank (ECB) set the reference price at 1.1115 (Tuesday: 1.1162) dollars. The dollar thus cost 0.8997 (0.8959) euros. The fact that the Ifo index surprisingly rose to its highest level in six months did not support the euro sustainably.

The pound sterling again came under heavy pressure and fell by 0.5 per cent to 1.3061 dollars. With this, all post-election day gains have been evaporated in just two trading day, and the pound has even added losses. British Prime Minister Boris Johnson has unsettled the stock market with his attempt to exclude an extension of the transitional period for Britain’s exit from the EU by law. Experts fear that a hard Brexit now threatens with the introduction of customs duties.

Relatively little has happened on the commodities market today. Both gold and oil prices were stable and hardly moved. Gold currently costs $1.475, while North Sea Brent oil costs $66.20 a barrel. WTI oil is currently traded at around $61.

The most relevant cryptocurrencies were able to recover sharply today. Bitcoin leading the pack with a gain of over 8 per cent to $7,150, Ethereum gaining 7.2 per cent to $131 and XRP rising by just over 7 per cent to $0.1950.

The US Senate’s demand for sanctions against Turkey is unsettling investors on the Bosporus. They withdrew from the country’s currency and raised the dollar to a two-month high of 5.9196 lira. Turkish stocks also came under heavy selling pressure.

The US senators provided the law for the military budget with additions that, among other things, forbid the sale of F-35 fighter jets to NATO partners. The governments in Washington and Ankara are crossed because of the purchase of Russian air defence systems of the type S-400 by Turkey. The USA fears that the associated radar will be set to F-35 and that these fighter jets developed in the USA will be a lighter target for Russian weapons in the future.

The Opel parent company PSA and Fiat Chrysler want to defy the crisis in the car industry with a mega-merger.

As the fourth-largest manufacturer in the world with hundreds of thousands of employees, the new company will become a “major player” in the industry, as the companies announced in Paris and Turin on Wednesday. The aim is “to be at the forefront of a new era of sustainable mobility”. Despite savings of billions, no plants are to be closed, stressed PSA CEO Carlos Tavares, who is to become CEO of the new company.

The companies had already agreed on official merger talks at the end of October and thus caused a stir in the weakening industry. Now they signed a merger agreement. The merger still has to be approved by the competition authorities. The shareholders still have to pass the merger as well. According to the announcement, the alliance is to be implemented within the next 12 to 15 months.