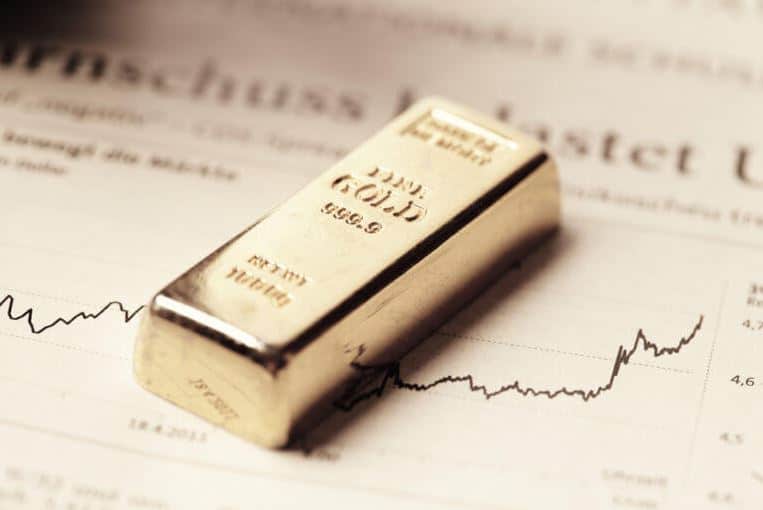 Investors remain extremely relaxed and continue to believe that the virus epidemic in China will soon be overcome. In yesterday’s weakness, some investors saw a new opportunity to re-enter the market or buy more. Worldwide, the stock market barometers are therefore going north again.

The only thing that doesn’t quite seem to fit the picture is the continuing gold and yen rallies. Let’s take a look at why this may be.

On Wednesday, investors on Wall Street hit the buy buttons again. The Dow Jones gained to the sound of the starting bell and stayed in green territory until it closed 0.39 per cent higher at 29,347.42 units. The tech stocks index, NASDAQ Composite, opened the day up and even managed to reach a new all-time high of 9,838.37 points. At the end of trading, it was still up 0.87 per cent at 9,817.18 points.

News from China supported US trade on Wednesday. Here the Chinese government had taken various measures to contain the economic impact of the coronavirus outbreak. In this regard, investors seemed to focus on the positive and completely block out the negative news.

On Wednesday, the stock markets in Asia recovered somewhat from the partly heavy price losses of the previous day. The ups and downs on the stock markets thus continue. The coronavirus continues to cause uncertainty. In Tokyo, Japan’s Nikkei 225 rose by 0.9 per cent to 23,400 points at the close of trading. The CSI-300 index, which comprises the 300 most important shares on the Chinese mainland stock exchange, gained 0.4 per cent, and the Hang Seng in Hong Kong rose by 0.5 per cent.

Europe’s stock markets also showed a stronger performance on Wednesday. The EuroSTOXX 50 started higher and also gained in the further course of trading. It ended the day with a gain of 0.75 per cent at 3,865.18 index points.

The Dax 30 had already started trading higher and was also in the profit zone afterwards. It ended the day with a gain of 0.79 per cent at 13,789 points. The TecDAX was also up over the day, having already risen at the start. It closed at 1.9 per cent higher at 3,295.94 units. Meanwhile, the MDAX even reached a new record level.

The Deutsche Telekom share, in particular, fired up the Dax and, following the very positive reception of the 2019 annual figures, was the top performer with a substantial increase of 4.15 per cent to EUR 16.55.

The euro was at a standstill in New York trading on Wednesday. The exchange rate previously fell to $1.0782, its lowest level since the spring of 2017, but as the day progressed it was able to make up for its minus, most recently paying $1.0798 at the previous day’s level. The European Central Bank (ECB) had in the meantime, set the reference rate at 1.0800 (Tuesday: 1.0816) dollars.

Since the beginning of the month, the euro has lost about three cents against the dollar. The reason for this is considered to be the coronavirus crisis and the flight of investors into the US dollar as a safe haven. Besides, the weak state of the economy in the eurozone is considered a burden on the common currency. Most recently, numerous economic data from the currency area have been disappointing.

Market observers also pointed to the interest rate differential between the US and the eurozone. While the key interest rate in the USA ranges between 1.50 per cent and 1.75 per cent, it remains at the zero mark in the eurozone. The US Federal Reserve Bank (Fed) signalled in its latest meeting minutes on Wednesday that it is sticking to its monetary policy.

Both the price of North Sea Brent and US light oil WTI continue their recent recovery and expand their gains in the afternoon. Both Brent and WTI oil rose by a good 2.9 per cent on Wednesday. Accordingly, a barrel of Brent crude costs $59.16 while WTI is trading at $53.34 a barrel. The market pointed to the increasingly tense situation in the civil war country Libya. The armed conflict has long burdened oil production in the North African country.

The gold price is also continuing its rise, peaking at $ 1,611 a troy ounce. The price development for the yellow crisis metal is the best indication of how much concern still prevails in the market because of the virus crisis in China. In euro, the gold price rose to a new record of 1,487 Euro in the middle of the week, favoured by the euro to US dollar exchange rate.

The cryptocurrency market remained widely unchanged even though the usual 1-3 per cent price fluctuations occurred throughout the trading day. A Bitcoin currently costs $10,100, while Ethereum is valued at $277 and XRp at $0.3010.

Things are going better than ever for Adidas rival Puma. In 2019, the sporting goods supplier again achieved double-digit growth in sales and profits. CEO Björn Gulden spoke of the best year in the company’s history. Puma also expects further strong growth for 2020. The coronavirus is likely to slow business only in the first quarter, after which the situation will normalize. Puma shares are jumping 7 per cent.

Space Adventures for “everyone”

The US company Space Adventures, together with SpaceX, plans to shoot tourists into space by mid-2022. The enterprise announced that it had reached an agreement with the private space company of star entrepreneur and Tesla CEO Elon Musk to use the space capsule “Dragon” for this purpose. However, the journey will not be to the International Space Station (ISS) at an altitude of 400 kilometres above the Earth, as has been the case with space travellers before, but about three times higher.

According to Space Adventures, up to four hobby astronauts at a time will be launched on the Falcon rocket, which is also produced by SpaceX. At a proud price: According to the “LA Times”, Space Adventures boss Tom Shelley spoke of tens of millions of dollars on Tuesday. Last year Nasa had estimated that a private trip to the ISS would cost $58 million. This should significantly reduce the number of people interested.

On the other hand, according to an advertising video, the flight could take up to five days – which would be a challenge in the tiny transport capsule. After the most recent successful endurance tests of the “Dragon”, it is to take astronauts to the international space station for the first time in the coming months.