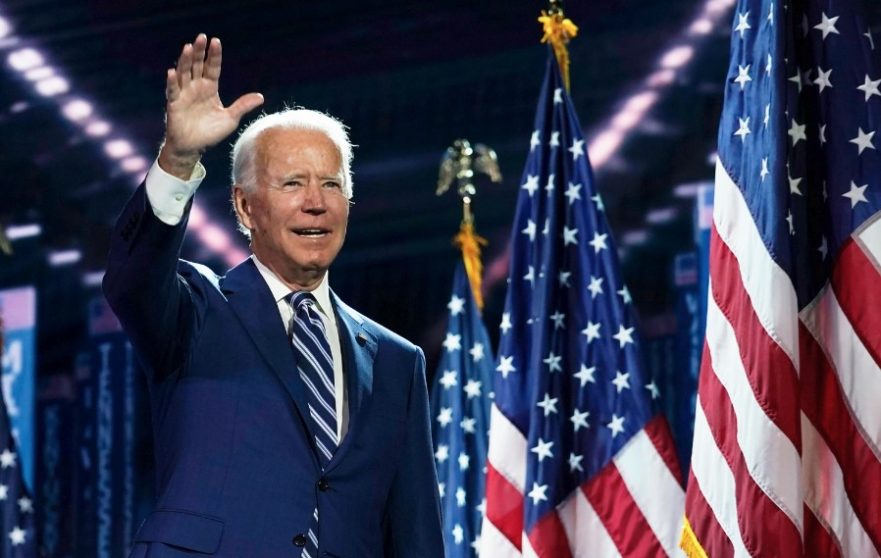 Wall Street welcomed Joe Biden today and sent stock prices into a frenzy. The start for the new US president Joe Biden on the financial markets could not have been better. Wall Street celebrated the change of office with new records and is waiting for fresh money.

The markets are now betting entirely on the almost two trillion dollar aid programme President Biden announced and promoted by the new Treasury Secretary Janet Yellen in Congress on Tuesday.

Even the tightening of the corona lockdown did not slow down investors’ buying mood today. In Germany, investors even showed relief after the new restrictions passed by the federal and state governments.

On Wednesday, all eyes were on the inauguration of the new US President Joe Biden. President Trump had left the White House earlier. With Biden coming to power, investors are hoping for further stimulus spending worth billions, which he has already announced.

At the corporate level, the main focus was on Netflix, Morgan Stanley and UnitedHealth, which had presented their quarterly figures the previous evening or in the pre-market.

Once again, the Far East’s markets were unable to find a common denominator today.

On the one hand, Wall Street’s guidance was supportive. But on the other hand, the dollar weakened somewhat across the board, which is unfavourable for Asian export companies.

The European stock exchanges rose in the middle of the week. The EuroSTOXX 50 was up 0.75 per cent at the close of trading at 3,622.45 points, having already risen at the start.

The German stock market was also friendly on Wednesday. The DAX opened higher and subsequently remained in the profit zone. It left the trading session with an increase of 0.77 per cent at 13,921.37 points. The TecDAX also gained 1.29 per cent to 3,354.42 points after starting the day with a small plus.

The reporting season provided some positive impetus since several companies from Europe have already disclosed their quarterly results. The focus was also on the swearing-in of the new US President Joe Biden. Some market observers predicted that he would concentrate primarily on measures to contain the coronavirus pandemic and the adoption of the planned economic stimulus packages worth billions in his first days in office.

The euro exchange rate recovered some of its previous losses in late US Forex trading on Wednesday. Most recently, the common currency was trading at 1.2105 US dollars, having fallen to an intraday low of 1.2077 dollars earlier.

Like the stock market, crude oil investors are looking past the current tense pandemic situation and betting on an upswing soon. “The outlook is brightening”, analysts commented. Brent North Sea oil rose about 0.7 per cent to more than $56 a barrel. US West Texas Intermediate (WTI) was trading at 53.29 US dollars per barrel, up 31 cents from the previous day.

The cryptocurrency market was divided today, with Bitcoin, Ethereum, Litecoin and Bitcoin Cash all losing 2 to 4 per cent each, while other digital assets such as Polkadot, XRP, Cardano, ChainLink and other appreciating 2 to 5 per cent on the daily.

Electricity prices caused a significant increase in producer prices in Germany in December. Producer prices rose by 0.8 compared to the previous month, according to the Federal Statistical Office (Destatis). Economists surveyed by Dow Jones News had expected an increase of only 0.3 per cent. Compared to the previous year, the growth was 0.2 per cent. In contrast, the forecast had been for a minus of 0.4 per cent. The main reason for the increase in commercial producer prices over the year was the price development of electricity, as the statisticians explained. Electricity was 5.9 per cent more expensive across all consumer groups than a year earlier.

Consumer prices in the eurozone continued to fall in December. Year-on-year, consumer prices fell by 0.3 per cent. The statistics authority Eurostat thus confirmed – as expected by economists – its first estimate from 7 January. This is the fifth month in a row that the inflation rate has been negative. The main reasons for the negative rates were the severe recession and low energy prices.

The gases group Air Liquide is buying into a hydrogen producer. The company announced that it had taken over 40 per cent of H2V Normandy, which is planning a plant for low-CO2 hydrogen production in France. Air Liquide SA, which did not give financial details, says it wants to contribute to CO2 reduction in industry and mobility.

Booming trading in securities in the Corona crisis has given the US money house Morgan Stanley strong business growth at the end of the year.

In the three months to the end of December, profits rose by more than half year-on-year to 3.4 billion dollars (2.8 billion euros), as the financial group announced on Wednesday. Earnings – total revenue – grew by around a quarter to 13.6 billion dollars. The figures clearly exceeded expectations, the share initially reacted with price increases, but turned negative in today’s trading and ultimately lost 0.21 per cent to 74.83 US dollars.

Morgan Stanley continued to benefit from the brisk activity on the financial markets; revenues in the trading division and asset management increased strongly. Traditional investment banking, which includes advising companies on IPOs and bond placements, flourished even more. Here, revenues climbed by 46 per cent.