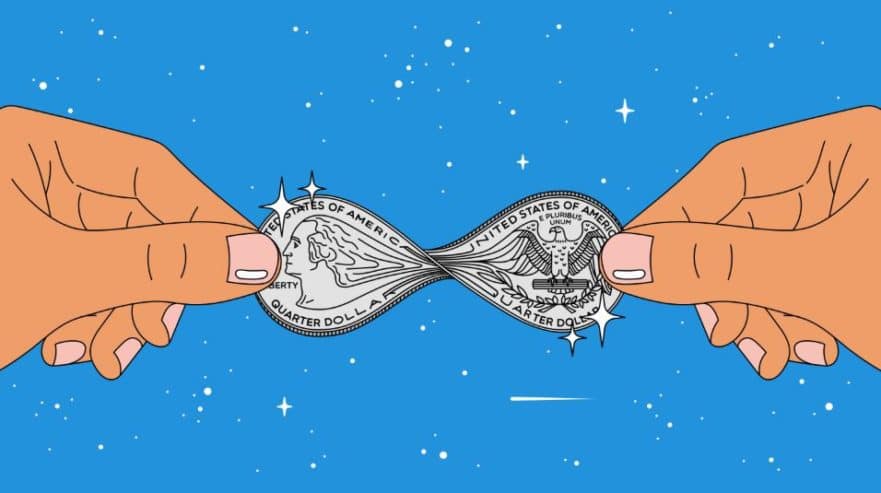 The stock market still seems to profit from the overwhelming flood of money from the central banks. Economic facts are not only fading into the background but are simply ignored. Even if worldwide loosening of the restrictive corona measures is being pushed further, nobody can foresee how significant the damage will really be. Even large companies are still struggling to survive – not to mention the countless medium-sized and small businesses.

So why are the global indices in solid condition and suggesting a renewed upswing? For one thing, the current growth is driven by fantasy and ignorance, as indicated earlier. On the other hand, it is also clear that all of the central bank money has to go somewhere. And apparently, equities are still the best option in the current situation. However, the only hook in the overall picture is Warren Buffet and other heavyweights in the financial world. They are still standing on the sidelines and are not throwing their capital into the market. This should at least make one wonder and raise red flags for all other market participants.

Whatever the situation will play out and how the case will develop in the medium and long term was irrelevant today – the markets cheered and picked up once again.

After the previous day’s losses, Wall Street began to pick up again in the middle of the week. On Wednesday, the Dow Jones ended the trading day 1.52 per cent firmer at 24,575.90 points. The NASDAQ Composite closed 2.08 per cent higher at 9,375.78 index units.

Investors currently weigh up the increasing corona loosening worldwide against the still rapidly increasing COVID-19 new infections in some countries, according to dpa reports from stock market analysts. In the evening, the publication of the minutes of the US Federal Reserve’s latest interest rate meeting was also on the agenda. In the economic report of the US Federal Reserve, there was nothing new. On the contrary, the Fed reaffirmed its determination to fight the crisis with all available means. The virus pandemic is weighing heavily on the economy, the labour market and price developments, according to the minutes of the latest interest rate meeting in April.

On the corporate side, investors continued to keep an eye on Moderna stocks after a rollercoaster ride. The company has become the focus of investor attention due to encouraging interim results from an early trial study with the corona vaccine candidate mRNA-1273 – but doubts have recently been raised about its efficacy. Besides, Facebook papers have become the focus of investors – the social network wants to become an online market place to compete with the likes of Amazon or eBay.

In Japan, the Nikkei rose sharply initially but gave up some of its gains later in the day. It closed 0.79 per cent higher at 20,595.15 points. On the Chinese mainland, the Shanghai Composite finally recorded a decline of 0.51 per cent to 2,883.74 index points. At the same time, the Hang Seng in Hong Kong hovered around the zero line, ending Wednesday trading with a plus of 0.05 per cent at 24,399.95 units.

In China, the central bank kept the key interest rate stable in May.

The caution surrounding economic recovery after the pandemic had returned to the stock market floor. In Japan, on the other hand, things went up thanks to stimulus fantasies: On Tuesday after the Asian stock markets closed, an unscheduled meeting of the Bank of Japan was announced for Friday – it is to deal with financing for companies.

European stock markets gained on Wednesday. The EuroSTOXX 50 started Wednesday’s trading with slight losses and initially stayed on red territory. In the day, however, it was able to shake off its losses and move into positive territory. It closed with a plus of 1.37 per cent at 2,942.39 index units.

The Dax, which had fallen below the 11,000 point mark in the morning, closed at 11,223 points. This represents a daily gain of 1.3 per cent. The TecDAX was already marginally higher at the start of trading, but initially also moved into red territory – then it oscillated around the zero line before also making the leap into positive territory and gaining significantly. It ended Wednesday’s trading sessions 1.81 per cent higher at 3,104.79 points.

In the currency market, the euro is trading at 1.0985 within sight of the $1.10 mark. The euro recently benefited from the overall increase in confidence in the financial markets, but also better-than-expected consumer confidence in the EU at minus 18.8 points. This was not quite as disastrous as expected. Experts had predicted an even worse result with minus 23.8 points. Meanwhile, the British central bank is not taking any monetary policy option off the table in the corona crisis. Negative key interest rates are also not ruled out in principle, as central bank chairman Andrew Bailey said on Wednesday in the British parliament during a hearing. The British pound is losing ground slightly against the dollar today.

Oil prices continued their recovery of the past few days on Wednesday. Traders cited the generally positive sentiment in the financial markets as one of the reasons. The cost of a barrel of North Sea Brent rose by 96 cents to $35.61. A barrel of West Texas Intermediate (WTI) increased by $1.18 to $33.14.

The troy ounce of gold at $1,749 is almost unchanged but slightly higher than the previous day.

The main cryptocurrencies, Bitcoin, Ethereum, XRP, Litecoin and the like, continue to confirm their current strength and haven’t moved much today. All these major digital assets remained almost unchanged compared to the previous day.

Fiat and Peugeot lose many investors

On Wednesday, shares of the carmaker Fiat Chrysler and the Opel parent company Peugeot, which are about to merge, got kicked out of many investors’ portfolios. The reason: the state aid, which Fiat Chrysler had hoped for because of the crisis, had raised questions about an essential element of the planned merger.

After Fiat Chrysler had asked for a government-guaranteed loan, Italy could consider the unusual distribution of 5.5 billion euros agreed as part of the merger, a high-ranking government representative told Reuters on Tuesday. Fiat Chrysler and PSA have already cancelled the ordinary dividend for the past fiscal year due to the pandemic.

Inflation in the euro zone declines

Inflation, which is already low in the eurozone, continued to fall in April. The annual inflation rate fell from 0.7 to 0.3 per cent. The statistics authority Eurostat thus revised its first estimate downwards; a decrease to 0.4 per cent had been provisionally reported. The European Central Bank (ECB) is targeting an inflation rate of just under 2 per cent in the medium term.

The so-called core inflation, which excludes particularly volatile prices, also fell in April. Economists regard it as a benchmark for the inflation trend. The core rate (excluding the prices of energy, food, alcohol and tobacco) fell from 1.0 to 0.9 per cent.

Within a monthly period, consumer prices rose in April by 0.3 per cent in the overall rate, confirming the first report. In the core rate, the increase was 0.7 (preliminary: 0.8) per cent.