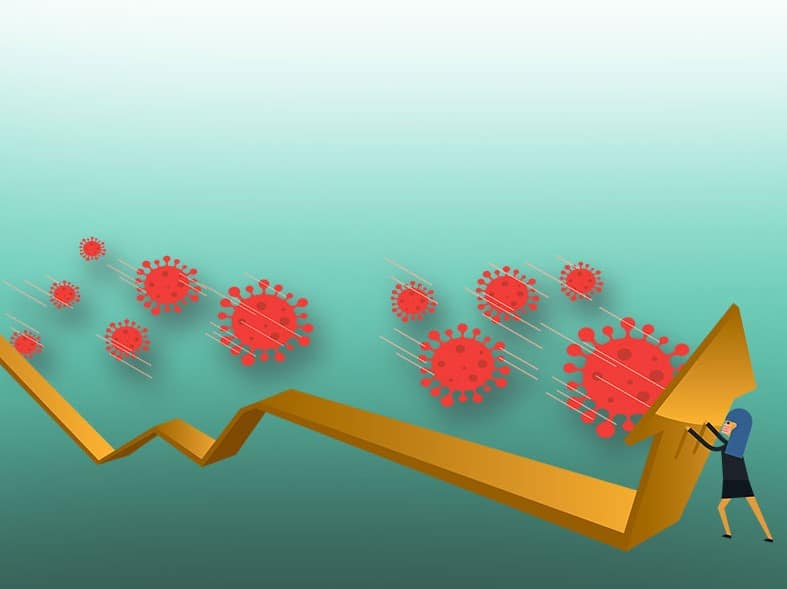 After a brief period of weakness, Wall Street is back to chasing records. Jerome Powell, the US Federal Reserve head, dampened inflation concerns and boosted the stock markets in his speech a day earlier.

In recent days, the hotly traded technology stocks have come under increasing pressure. Some experts are already talking about a rotation from tech to standard stocks. The growing vaccination rates and the increasing spread of rapid tests are also moving the share prices. Leisure and holidays instead of home office and health is the corresponding rotation on the stock markets. Travel and leisure stocks continued their recovery on Wednesday.

The stock markets are currently in an unsteady phase in which investors are uncertain about the future movements on the bond markets. The question now is likely to revolve around how long a rise in inflation expected by the market will last and how the monetary authorities react to it.

The Asian stock exchanges went down in the middle of the week.

The Japanese benchmark index Nikkei fell after yesterday’s holiday break by 1.61 per cent to 29,671.70 points. The Shanghai Composite was down 1.99 per cent at 3,564.08 points on the Chinese mainland, while the Hang Seng closed 2.99 per cent lower at 29,718.24 points in Hong Kong. Here, especially tax plans caused a sour mood among investors.

Experts spoke of profit-taking, especially concerning the Chinese stock exchange. Otherwise, Asian investors were cautious about technology stocks, although the US technology exchange was able to recover from a large part of its losses the previous evening.

The European stock exchanges were friendly in Wednesday trading. After a weak start, the EuroSTOXX 50 was able to turn positive and ultimately went into the evening 0.46 per cent higher at 3,705.99 points.

After a tiny minus at the start, the DAX also changed signs during the day and closed 0.80 per cent firmer at 13,976.00 points. In contrast, the TecDAX ended the day with a loss of 0.19 per cent at 3,3667.31 points, having already fallen slightly at the opening.

Weak conditions from Asia and the fluctuating prices on Wall Street on the previous evening caused uncertainty. However, Fed Chairman Powell’s statements, which eased fears about inflation expectations, provided support.

In the Forex market, the British pound once again caused a sensation today. The British currency rose by almost 1 per cent to a three-year high of 1.4235 US dollars and a twelve-month high of 1.1703 euros. Rapid progress on mass corona vaccinations and the unveiling of a roadmap for easing pandemic restrictions fuelled hopes for a strong economic recovery, stockbrokers said. The euro recovered its losses against the greenback from European trading and was last quoted at 1.2148 US dollars.

Rising commodity prices are currently fueling inflation speculation. The industrial metal copper, for example, gained up to 1.5 per cent and at 9,342 US dollars per tonne, was as expensive as it had last been a good nine and a half years ago.

Oil prices also again increased significantly. According to traders, prices were supported by lower inventories in other parts of the world. Many observers expect a further price increase in the current year. The expected economic recovery from the pandemic should also support the demand for crude oil. The North Sea Brent barrel price climbed a whopping $1.82 to 67.20 US dollars, while $1.60 more, or 63.25 US dollars, is being paid for WTI light oil. Both grades reached their highest levels in over a year.

Gold had to endure enormous pressure once again and fell intraday as low as $1,783. The closing price was $1,803 per troy ounce.

The cryptocurrency market recovered sharply, and especially many of the top altcoins posted two-digit gains. Bitcoin managed to return to over $50,000 after it fell below $45,000 the day before. Ethereum climbed back above $1,615, but Binance Coin and Cardano shot back up to $253 and $1.05, respectively. XRP is still trading low at under $0.50, burdened by a lawsuit filed by the SEC back in December.

The ifo employment barometer in Germany fell again in February due to the lockdown. It fell from 95.1 in January to 94.5 points. This is the third decline in a row. “The lockdown is leading to fewer jobs, especially in the retail sector,” the Ifo Institute explained. “German companies are planning to cut jobs.”

French companies’ mood has clouded over in February against the background of persistently high new infections in the Corona crisis. The index value for the business climate fell to 90 points, as the statistics office Insee announced in Paris on Wednesday. Economists were surprised by the development. They had expected an average of 92 points.

The German economy is entering the second year of the corona pandemic, surprisingly stable. Gross domestic product (GDP) rose by 0.3 per cent in the final quarter of 2020 compared to the previous quarter despite the renewed lockdown. Despite the billions of dollars in holes that the crisis has torn in the national budget, economists currently see no reason to panic.