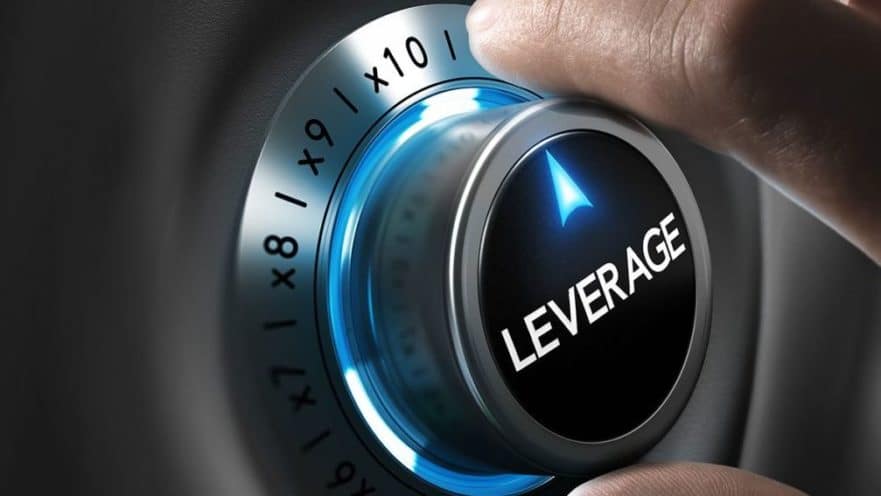 The fear of the coronavirus and the economic consequences is omnipresent. The volatility of the markets on today’s trading day made many investors sweat. Some Forex brokers have reacted to the nervousness in the market by reducing the maximum leverage offerings of the indices CFDs they give access to on their trading platforms.

In the end, only minor changes compared to yesterday’s closing prices stood on the board. And after the drastic losses of the last two trading days, this must first be booked as a success.

Wall Street did not find a unified direction on Wednesday. The Dow Jones opened in the plus and initially continued to rise. Later in the day, however, it fell back to red territory and closed 0.45 per cent lower at 26,959.49 points. The NASDAQ Composite index of tech stocks changed its sign several times after it had been trading higher at the start of the day. In the end, however, it was 0.17 per cent higher at 8,980.77 points.

The US Federal Reserve continues to closely monitor the potential impact of the coronavirus epidemic on the economy. Howerver, it is still too early to judge whether there will be a fundamental reassessment by the monetary watchdogs, said Richard Clarida, Vice Chairman of the Fed. The central bank is still in a good position to achieve its goals of sustainable growth, a strong labour market and inflation around the two per cent mark. In the USA, the Fed is due to hold its next meeting in mid-March.

On the corporate side, investors focused on both Disney with the resignation of CEO Robert Iger and Salesforce with co-head Block taking his hat off. Furthermore, Virgin Galactic presented quarterly figures on the eve of the event.

Uncertainty about the consequences of the spread of Covid-19 is keeping investors on the Asian stock exchanges on tenterhooks. Around the globe, investors fear an economic downturn given the numerous temporarily closed factories in China and the sometimes extensive travel restrictions.

Europe’s stock markets were ultimately quite stable in the middle of the week after a series of ups and downs. The EuroSTOXX 50 started somewhat lower but initially fell more sharply during the day. By the evening, however, it had regained ground and even started the evening with a small plus of 0.14 per cent at 3,577.68 points.

The Dax 30 already opened lighter and at times fell deeper into the red – at times even below the 12,400 mark. After making up for its losses and in the meantime even moving into green territory, it nevertheless ended trading 0.12 per cent lower at 12,774.88 points. The TecDAX also had a weaker start to the trading day and then fell sharply as the day progressed. However, it was then able to limit this and closed only 0.28 per cent lower at 3,043.45 points.

The coronavirus remained the focus of investors. In addition, some company figures were also in focus: PSA, Danone and Rio Tinto, among others, opened their books.

Concerns over the rapid spread of the coronavirus continued to weigh on oil prices on Wednesday. Some market observers even saw signs of panic. A barrel of North Sea Brent cost $54.02 in the evening, 93 cents less than the previous day. The price of American WTI crude oil fell by 50 cents to USD 49.40. In the morning, the price of a barrel of US crude oil had fallen to its lowest level for a good year at USD 48.99.

The soaring gold price has also come to a halt for the time being. At $1,637, the troy ounce of gold costs about the same as the day before.

Last but not least, all major cryptocurrencies also continued their downward trend. Bitcoin lost more than 4 per cent to currently just $8,8o0, while Ethereum lost almost 4 per cent to $228 and XRP giving in 1.5 per cent to $0.2350.

After a tough restructuring, the carmaker Opel increased its operating result to 1.1 billion euros last year. This was said by Philippe de Rovira, Chief Financial Officer of the French parent company PSA. In 2018, Opel had achieved an operating profit of 859 million euros with its British sister brand Vauxhall.

The PSA Group, which also includes the French brands Peugeot and Citroën, increased its net profit attributable to the parent company last year by a good 13 per cent to 3.2 billion euros. That was a new record. According to De Rovira, cost reductions and latest car models were the decisive factors. The group’s turnover grew by one per cent to 74.7 billion euros.

The iPhone manufacturer plans to open its first store in India next year. This was announced by Apple boss Tim Cook at the annual shareholder meeting. The online sale of products in India is to start this year. The company needed the government’s approval for this. Apple did not want to start with a domestic partner. “I don’t want anyone else to run the brand for us,” Cook said.

SAP’s competitor Salesforce suffered a drop in profits of almost 90 per cent to $126 million last year. The reasons for this were significantly higher taxes and sharply rising costs, for example for research and development. Sales increased by 29 per cent to 17.1 billion dollars.

For the current fiscal year, the group has slightly increased its sales forecast. According to this, revenue is expected to increase by around 23 per cent to between 21 and 21.1 billion dollars. Salesforce also announced that it intends to buy its competitor Vlocity for 1.3 billion dollars in cash.

Besides, co-head Keith Block has resigned. In future, the group will be managed solely by Marc Benioff.