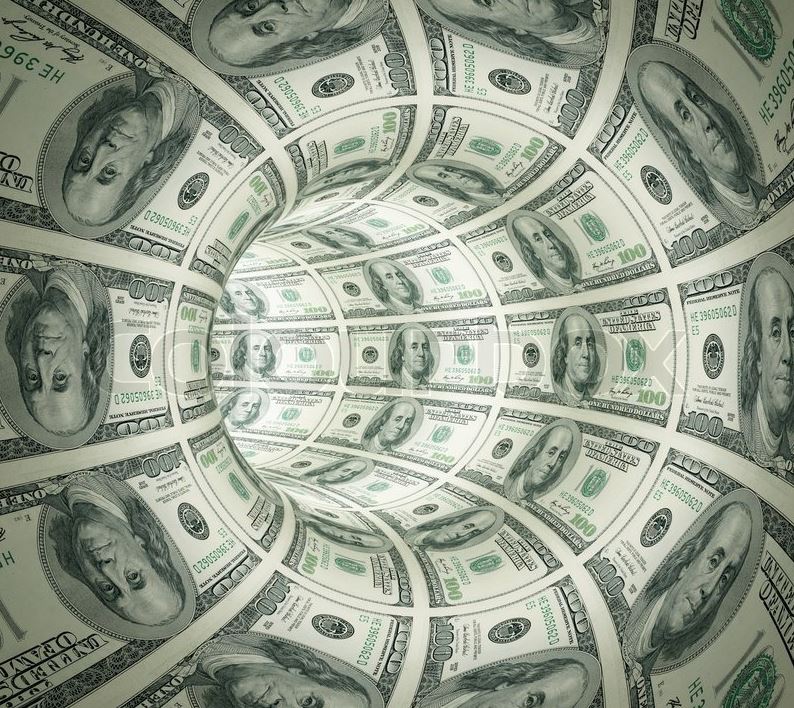 There is still only one direction for stock market prices: upwards. The current economic optimism of investors seems to know no bounds. The luck became perfect when the EU and the head of the big bank JP Morgan, Jamie Dimon, also sent positive signals.

Despite the intensifying tensions between the two superpowers USA and China over Hong Kong, investors, therefore, focused their attention entirely on the reopening of the global economy and the sheer endless flood of financial aid packages.

Even the fact that the US Federal Reserve’s Beige Book showed a seriously grim picture in the evening could not deter investors.

On Wall Street, the upward trend continued on Wednesday. The US leading index, the Dow Jones, opened 1.21 per cent higher at 25,298.63 and moved even higher later on. In the end, the stock market barometer closed with a 2.21 per cent gain at 25,548.27 points, clearly exceeding the 25,000 point mark. In contrast, the NASDAQ Composite hovered on red territory for a long time before leaping into the profit zone in late trading and closing with a plus of 0.77 per cent at 9,412.36 points.

Investors, therefore, continue to hope for a quick escape from the corona crisis and are counting on the measures to boost the economy. Little attention was paid to the tensions between China and the USA. Tourism stocks and airline stocks were among the biggest winners in the market for the second day in a row.

The Asian stock markets did not find a common direction on Wednesday. In Tokyo, the Nikkei rose by 0.70 per cent to 21,419.23 points at the end of trading.

European stock markets posted substantial gains on Wednesday. The EuroSTOXX 50 moved clearly into the profit zone after a firmer start. In the end, it climbed by 1.73 per cent to 3,051.08 index points.

The euro exchange rate did not quite hold its gains against the US dollar in late US currency trading on Wednesday. Most recently, the European common currency was trading at $1.0988, just below the $1.10 level again. In European currency trading, the euro had risen to its highest level since the beginning of April at 1.1030.

The euro received a tailwind from the EU Commission’s reconstruction plan. EU Commission head Ursula von der Leyen wants to mobilize 750 billion euros in the Corona crisis for Europe’s economic recovery. Of this amount, 500 billion is to flow as non-repayable grants and 250 billion as loans. This makes the economic stimulus package designed by Commission President Ursula von der Leyen even bigger than a Franco-German initiative for a 500 billion euro package. Above all, the countries particularly affected by the Corona crisis, Italy and Spain, should benefit.

Oil prices fell noticeably on Wednesday. Traders pointed to the political tensions between the US and China. On Wednesday evening, a barrel of North Sea Brent costs $34.40 – $1.76 less than on Tuesday. The price of a barrel of West Texas Intermediate (WTI) fell by $2.01 to $32.35.

Meanwhile, the growing risk appetite of investors weighs on the gold price. The price of the precious metal managed to recover to $1,712 an ounce in the late afternoon. In the course of trading, the price had fallen just below the psychological mark of $1,700.

Digital assets posted modest gains after a couple of days of standstill. Bitcoin is currently valued at $9,000, while Ethereum appreciated by almost 2 per cent to $206. the third-largest cryptocurrency by market capitalization XRP gained 1.2 per cent to $0.1970.

According to the US Federal Reserve, the corona crisis continues to weigh heavily on the US economy. “Economic activity declined in all districts – in most of them sharply – reflecting the burdens of the COVID-19 pandemic,” writes the Fed in its economic report (“Beige Book”) published on Wednesday.

According to the survey, private consumption was again sharply lower. The declines were particularly strong in the leisure and hotel sectors.

In industry, the slowdown in activity had been particularly strong. The housing market and the construction sector also came under pressure. According to the report, crude oil production has fallen to historic lows.

Employment has fallen everywhere. At the same time, there had been drastic slumps in most districts. Unemployment in the USA has recently increased at a record pace. According to the report, wage development has been uneven. Price pressure has eased somewhat.

According to the report, no significant improvement is in sight. One hopes for the reopening of companies but the outlook is very uncertain. Most companies surveyed were pessimistic about a possible economic recovery.

The US electric car pioneer wants to reduce the prices of its electric vehicles in North America. The Model S cars will be available from 79,990 dollars and the Model X sport utility vehicle from 84,990 dollars, while the cheapest Model 3 will now cost 37,990 dollars, according to Tesla’s website. With the price cuts, Tesla is reacting to decreasing demand for cars in the Corona crisis. It is unclear, however, when the price adjustments will come into effect. In China, too, Tesla will lower the prices for the S and X models it imports but will leave the costs for the locally produced Model 3 car unchanged.

he Swiss National Bank (SNB) intends to continue to take action against a strengthening of the Swiss franc. The central bank is prepared to intervene more firmly on the currency markets, said SNB President Thomas Jordan at a conference on Wednesday. Given the demand for the franc as a safe haven during the coronavirus crisis, in addition to interventions, negative interest rates are currently of particular importance. If necessary, he said, the SNB has scope to lower interest rates further. At present, however, the level of minus 0.75 per cent is appropriate. A strong franc damages the export-dependent Swiss economy.