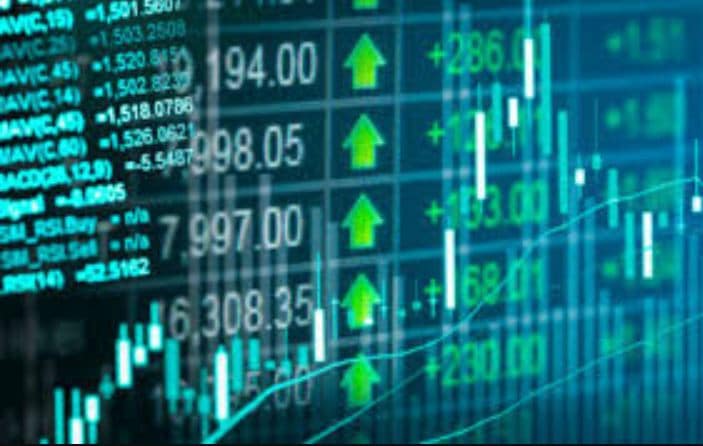 How much higher can this go?

There is growing evidence of progress in the trade talks between the USA and China: according to US President Donald Trump, the conclusion of a partial agreement is imminent in the trade war. “We are in the final stages of a very important agreement,” said Trump. The talks went “very well”. A few days ago, China announced that it wanted to reach an agreement before Thanksgiving.

In the stalled trade conflict between the world’s two largest economies, however, both sides had often reported progress without concluding an agreement. Investors have been largely optimistic during this period and have not been deterred by the tactic of announcing supposed progress piecemeal. However, they became increasingly cautious.

The recent record rally on Wall Street continued in the middle of the week.

However, the record mood began to crumble. Although the Dow Jones index managed to climb to 28,156 points – a new all-time high – at the close of the trading day in Frankfurt, the leading index was back below this level. The broader S&P 500 also reached new highs at times, rising to 3,146 points. The Nasdaq technology exchange index gained 0.2 per cent to 8666 points.

As on the previous day, positive signals from the US-Chinese trade dispute supported the markets. In addition, economic data released on Wednesday was better than expected. The Beige Book of the US Federal Reserve also gave a positive outlook.

Despite the optimistic trump words, the Asian stock markets did not find a common direction on Wednesday. While in Japan the Nikkei rose by 0.3 per cent to 23,437 points, the CSI-300 index with the 300 most important shares on the Chinese mainland stock exchanges fell by 0.2 per cent. In Hong Kong, the Hang Seng index almost stagnated.

The stock markets in Europe showed their friendly side on Wednesday.

The EuroSTOXX 50 started almost unchanged and increased slightly in the further course of trading. It left trading 0.2 per cent higher at 3,712.85 index points.

After the slight losses on the previous day, the Dax managed to make a small gain again on Wednesday. At times it even surpassed the critical mark of 13,300 points. But at 13,315 points, it ended, and profit-taking took place. By the end of trading, the leading index had gained 0.38 per cent or 50.65 points and closed at 13,287 points.

Chart technicians pointed out that the Dax had to overcome the 13,300 point barrier before it could reach new highs for the year. However, it is a positive sign that the leading index has not fallen even more recently. The short-term forecast would only have to be reconsidered if the index fell below the 12,800 mark. Meanwhile, the record levels of 2017 and 2018 above 13,500 points acted as a brake on the upward trend.

The euro recovered somewhat in late US trading on Wednesday. After the euro fell below USD 1.10 for the first time since mid-November shortly after the start of trading on Wall Street, it cost around USD 1.1003 an hour before the close of trading. The European Central Bank (ECB) had set the reference price at 1.1009 (Tuesday: 1.1020) dollars.

Oil prices have risen slightly today. In the evening, a barrel of North Sea Brent cost 63.81 dollars. That was 13 cents more than on Tuesday. The price for a barrel of the American variety West Texas Intermediate (WTI) fell by 15 cents to 57.84 dollars. Traders explained the slight price markups at Brent with increasing optimism in the trade dispute between the USA and China. The troy ounce of gold, at $1,458, costs slightly more than on Tuesday.

The cryptocurrency market was able to recover slightly again today. A Bitcoin is currently valued at approximately $7,400. One Etehreum costs $148 and one XRP $0.2260.

According to a survey by the US Federal Reserve, US companies have recorded continuous growth in their economic activity, wages and prices in recent weeks.

At a time of high uncertainty about economic developments, the Beige Book could somewhat dispel investors’ concerns about the possibility of a sharp slowdown in the fourth quarter. Previously, economic data released by the Department of Commerce on Wednesday showed that Gross Domestic Product (GDP) had risen more than expected in the third quarter.

There will be no trading on Thursday due to the holiday Thanksgiving in the USA, which could also lead to a low impulse and low turnover share deal in the middle of the week. On Friday and Monday, Black Friday and Cyber Monday are two major pre-Christmas shopping events in the USA. On these two days, US consumers are particularly eager to buy.

The Deutsche Bank has sold another part of unwanted assets to Goldman Sachs. These are assets worth around 40 billion pounds (46.8 billion euros), reports the news agency Bloomberg, citing insiders.

The news was well-received by investors: At times, the share price rose by more than one per cent, significantly outperforming the market as a whole. The assets were tied to the debts of emerging markets and had previously been part of Deutsche Bank’s settlement unit. The two financial institutions did not want to comment on this. It is at least the second time that Goldman Sachs has taken over securities from Deutsche Bank, which the bank wanted to get rid of in the course of its latest restructuring plan.