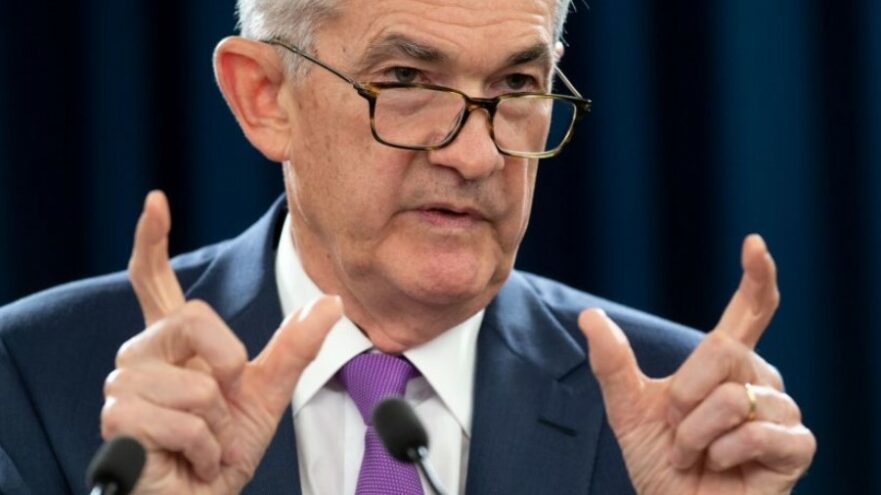 As expected, the US Federal Reserve is continuing its policy of cheap money for the time being. The monetary guardians around Fed Chairman Jerome Powell left the key interest rate in the range of zero to 0.25 per cent on Wednesday. The Fed wants to maintain their monthly securities purchases of 120 billion dollars until “substantial further progress” has been made towards full employment and price stability. In this way, the US central bank is keeping all options open in the best manner.

At the same time, the central bank sees a recovery trend in the economy and the labour market, which is taking place in an environment of progress in vaccination and strong support from the state and the central bank. In the Fed’s view, the labour market, in particular, is of paramount importance for the American consumer economy. The bank is even prepared to accept a brief overshooting of inflation.

On Wall Street, the Fed’s decision had been expected in exactly the same way. The cheap money of the central banks has recently been one of the main drivers for the stock markets, so that the confirmation of the Fed’s course was rather shrugged off.

As on previous days, investors were eagerly awaiting the results of the US Federal Reserve meeting.

The markets were further dampened by US President Joe Biden’s State of the Union address after the market closed. Biden is expected to elaborate on his tax plans.

The stock markets in the Far East, on the other hand, were able to make gains today. The Japanese benchmark index Nikkei closed 0.21 per cent higher at 29,053.97 points. Meanwhile, on the Chinese mainland, the Shanghai Composite gained 0.42 per cent to 3,457.07 points. In Hong Kong, the leading index Hang Seng ultimately gained 0.45 per cent to 29,071.34 points.

Investors’ eyes were on the Federal Reserve’s decisions later in the day. Meanwhile, yields on the US bond market rose significantly again the previous day.

The DAX had already opened the session higher and remained in the profit zone as the day progressed. In the evening, gains of 0.28 per cent to 15,266.61 points were still on the DAX board. The TecDAX showed little movement at the start but then slipped into red terrain and closed 0.71 per cent down at 3,513.12 points.

On the corporate side, investors focused on numerous quarterly financial statements, which could not leave their mark on the leading index of the eurozone.

In Germany, Deutsche Bank, Covestro and Delivery Hero, among others, presented their figures for the past quarter.

The euro reacted with a rise on the foreign market to the latest monetary policy statements and decisions by the US Federal Reserve. The common currency rose to 1.2134 US dollars at its peak and was last quoted at 1.2111 dollars. Other currencies also gained against the greenback after the Fed meeting.

In the face of global stimulus, investors continue to bet on rising commodity prices, despite the rapid increase in corona cases in emerging markets such as India. Brent North Sea oil posted significant gains of 1.8 per cent to 67.26 US dollars per barrel.

Gold also appreciated after the Fed’s latest statements which are harmful to the US dollar. The price for the troy ounce of gold rose to $1,782 by the end of the day.

The cryptocurrency market remained stable today, and especially some altcoins saw further price gains. Ethereum gained 3.4 per cent to $2,734, while XRP decreased by 3.2 per cent to $1.38. Bitcoin lost 1 per cent to $54,600, while Dogecoin posted strong gains of 13 per cent to $0.31.

German consumer sentiment has deteriorated due to rising infection figures and the intensification of the Corona lockdown. GfK’s consumer researchers recorded a decline in their consumer climate indicator for May to minus 8.8 from a revised minus 6.1 points in the previous month. Economists surveyed by Dow Jones Newswires had predicted a slight improvement in sentiment to minus 5.0 points.

The mood of French consumers has not changed in April. As in the previous month, the consumer climate was 94 points, the statistics office Insee reported in Paris on Wednesday. Analysts had expected an average of 93 points. The indicator is still below its long-term average of 100 points.

The European Central Bank (ECB) expects a robust economic recovery in the eurozone in the second half of the year. ECB President Christine Lagarde said there are “good signs” in economic data on Wednesday at an online event organised by the Aspen Institute. She pointed to financial data such as purchasing managers’ indices. However, in the short term, the risks for the economy continue to point downwards because of the pandemic. It is too early to say whether Europe is past the worst of the Corona crisis. The eurozone economy, therefore, continues to need support from monetary and fiscal policy.