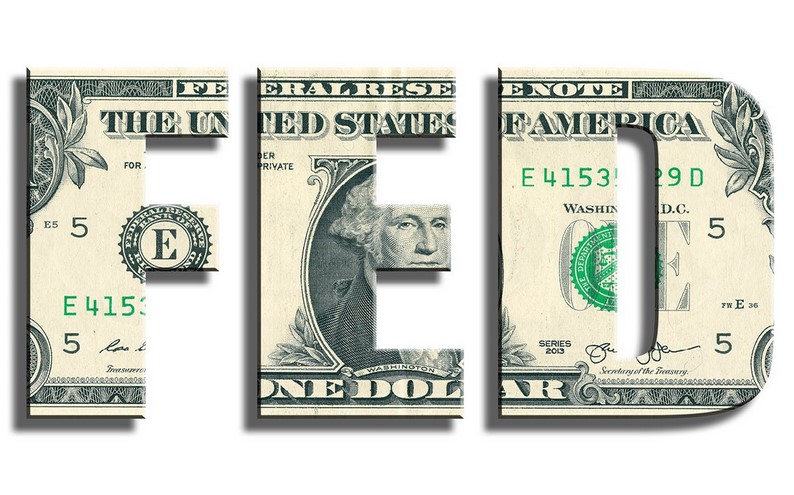 The money floodgates remain wide open as the US Federal Reserve confirmed today that it would continue its ultra-loose monetary policy. However, it signalled that a scaling back of bond purchases is getting closer.

The US Federal Reserve left the key interest rate at the historically low level of zero to 0.25 per cent. The monetary guardians want to maintain their money injections of 120 billion dollars per month in full dose until significant progress is made on price stability and unemployment.

At the same time, the central bank said it saw progress towards a slightly less loose monetary policy. It said the economy had recently moved towards the central bank’s targets. Further progress will be assessed at upcoming interest rate meetings. The Fed is aiming for full employment and stable prices. Many experts assume that the planning will be completed in autumn and that the “tapering” could start after the turn of the year.

Despite the positive news, the stock markets were not very relaxed today, and the markets didn’t follow a common trend.

The Dow Jones opened the session slightly up but fell back into the red as the session progressed. It ended the trading session 0.37 per cent lower at 34,930.40 points. After a firmer start, the NASDAQ Composite remained in the green territory and closed 0.70 per cent higher at 14,762.58 points. The broader S&P 500 moved sideways.

While the balance sheet season is in full swing in the US, the Fed left the key interest rate and the monthly volume of bond purchases unchanged as expected. The key interest rate is expected to remain at 0.00 to 0.25 per cent. Investors’ attention was focused on further statements by the monetary watchdogs. They see progress in the US economy towards tighter monetary policy. Fed Chairman Jerome Powell, meanwhile, conceded that inflation could be higher and more persistent than expected.

The stock markets in the Far East showed divergent tendencies once again in the middle of the week.

The Asian stock exchanges partly followed Wall Street’s lead. Red signs had been seen there the previous evening. The sentiment was also further dampened by the tightening of Chinese regulators against technology giants. Recently, companies from the education sector were also in focus.

The mood on the European market was consistently friendly today. The EuroSTOXX 50 showed little movement at the start of trading but was able to record more significant gains in the course of the day. In the end, it gained 0.94 per cent to 4,103.03 index units.

In Frankfurt trading, the DAX ended the session with a plus of 0.33 per cent at 15,570.36 points. The TecDAX was only just in the green territory at the start but was able to extend its gains in the course and went into a close 1.05 per cent higher at 3,661.67 points.

Of course, traders once again focused on the US Federal Reserve. In the evening, the Fed announced the results of its latest monetary policy deliberations.

Furthermore, the reporting season continued today, Wednesday. Among others, Santander and Barclays were in the focus of investors. DAX heavyweights BASF and Deutsche Bank also opened their books in the middle of the week.

The US dollar came under strong pressure on the foreign exchange market after the Fed decision, and the greenback depreciated against other major currencies. In return, the euro rose to 1.1845 dollars.

After the announcement of the Fed minutes in the evening, the gold price rose by 0.5 per cent to 1,805 dollars per troy ounce (31.1 grammes).

The digital assets space did not slow down but accelerated its upward move with Bitcoin adding 2.4 per cent to $39,940, knocking at the critical $40,000 mark once again. A clear break and daily close above $41,000 should sound the alarm for further sharp price increases. Ethereum and Binance Coin remained almost unchanged, currently trading at $2,300 and $313, respectively. Meanwhile, XRP shot up 13 per cent to $0.73 after Ripple announced that a new ODL (on-demand liquidity) corridor had been opened in Japan, pushing XRP’s trading volume to new heights.

Import prices in Germany rose again more strongly than expected in June. Energy prices, in particular, were responsible for this. As Destatis reported, the index of import prices increased by 1.6 per cent compared to the previous month. Economists interviewed by Dow Jones Newswires had forecast an increase of only 1.1 per cent. Compared with last year, a price increase of 12.9 per cent was registered while the economists surveyed had expected 12.4 per cent.

Given rising inflation, the mood of German consumers is stagnating. The Nuremberg-based GfK market researchers forecast a value of minus 0.3 points in their consumer climate barometer for August and thus a persistence at the previous month’s level. Experts polled by Reuters had expected an increase to plus 1.0 points.

According to a new survey by the Ifo Institute for Economic Research, German companies are slowing down their search for new employees. The Ifo employment barometer fell to 102.4 points in July, from 103.8 points in June, the institute announced in Munich. “The recovery on the German labour market continues, albeit at a slower pace,” the Ifo Institute said.