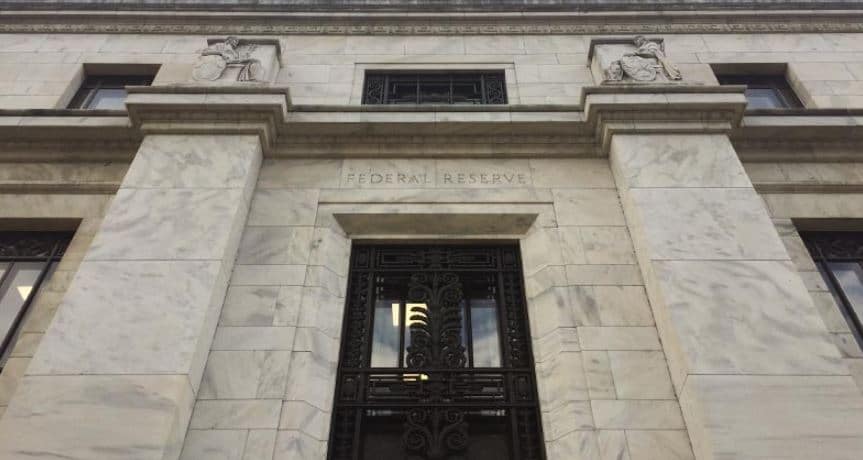 Fed with no surprises

Today, the situation on the stock markets calmed down, and the signs pointed to stabilisation. As a result, virus worries receded into the background for the time being and the balance sheet season increasingly came into focus, with positive signals coming mainly from the US technology sector.

In the evening, the US Federal Reserve also came into focus again and declared that the key interest rate would remain unchanged between 1.5 and 1.75 per cent. This decision had been expected and has hardly any impact on the markets. There will be a press conference later this evening with Jerome Powell speaking that might give further indications to where the Fed is headed.

The Dow Jones rose 0.34 per cent to 28,820.53 points at the start of trading and remained on green territory after that. The NASDAQ Composite index of tech stocks also started the day in the black, up 0.52 per cent to 9,318.26 units, and continues to move higher except for a brief excursion to the zero line.

The spread of the coronavirus has continued to dominate equity markets in Asia on Wednesday.

After the recent losses, however, the Nikkei leading index in Tokyo rose by 0.7 per cent to 23,379 points. The Hang Seng in Hong Kong, however, lost 2.6 per cent after the recent holidays. In China, trade continued to be suspended due to New Year celebrations. Most recently, the Shanghai Composite had fallen by 2.75 per cent to 2,976.53 points on Thursday.

The EuroSTOXX 50 was virtually unchanged at the start of trading but was able to gain ground over the day. It closed 0.46 per cent stronger at 3,736.36 points.

The German leading index Dax 30 also stabilised on today’s trading day. The Dax opened trading with little change and then changed its sign several times. In the afternoon, it then rose slightly until it finally left the day 0.16 per cent stronger at 13,345 points. Also, the TecDAX was similarly undecided, but then also gained somewhat in the second half of the trading session. It went 0.19 per cent higher at 3,157.65 units.

The euro exchange rate today has temporarily fallen to its lowest level in about two months. At the low point, the common currency, the euro, cost 1.0992 US dollars, which is the lowest level since the end of November. The euro recovered somewhat in the afternoon and traded at $1.1010. The European Central Bank (ECB) set the reference rate at 1.1001 (Tuesday: 1.1005) dollars. The coronavirus and the related economic worries remain defining themes in the currency market.

Oil prices rose slightly on Wednesday. A barrel of North Sea Brent crude last cost USD 60.04. That was 53 cents more than the day before. The price of American WTI crude oil rose by 3 cents to 53.51 dollars.

Oil prices were only temporarily depressed by increased crude oil inventories in the USA. According to the Department of Energy, stocks rose by 3.5 million to 431.7 million barrels. Analysts had expected an average increase of 1.3 million barrels.

Gold prices rose slightly and were last seen at $ 1,574 per troy ounce.

After a lull last autumn, optimism has returned to a certain extent among consumers in Germany: the Nuremberg-based market research institute GfK is forecasting real growth in private consumption expenditure of one per cent for 2020. In its consumer climate survey for February, GfK announced that people’s income expectations and propensity to make purchases had improved. The index value for the consumer mood rose to 9.9 points for February, following 9.7 points in January.

The prices of goods imported into Germany again fell less sharply in December. The Federal Office of Statistics announced that import prices had dropped by 0.7 per cent year-on-year. This is the second month in a row that the decline in import prices has slowed down. The December drop was the weakest since last May.

Boeing in a nosedive

Boeing has suffered its first annual loss in over two decades due to the crisis surrounding the 737 Max jet. The past fiscal year closed with a loss of 636 million dollars. Last year, the Airbus rival had earned 10.5 billion dollars. Turnover slumped by 24 per cent to 76.6 billion dollars.

“We recognise that we have a lot of work to do,” said Boeing’s new CEO Dave Calhoun. Predecessor Dennis Muilenburg had been fired in December after strong criticism of his crisis management and tensions with the US FAA. The 737 Max was grounded in March 2019 after two crashes with a total of 346 fatalities around the globe. It is unclear when the aircraft will be allowed to take off again. Boeing last assumed “mid-2020”, but the decision is up to the regulatory authorities.

Santander earned significantly more net in the fourth quarter thanks to a one-off income and exceeded expectations. The Spanish bank strengthened its core capital ratio and is on track to meet its medium-term objectives. Shareholders should receive a dividend of EUR 0.23 per share for 2019, of which EUR 0.20 in cash.

In the final quarter, Banco Santander increased its net profit by 35 per cent to EUR 2.78 billion. This includes the non-recurring income of EUR 711 million, mainly related to the agreement with French bank Credit Agricole to combine the custody and asset management businesses of the two banks. After adjustment for this particular factor, net income rose by 2 per cent. Total revenues for the quarter amounted to 12.33 billion euros.

Net income was significantly higher than expected, while revenues were slightly lower. Analysts had expected an average of 2.59 billion euros in net income and 12.38 billion euros in revenues in the consensus. In the retail sector, the figures were considered solid in an initial assessment.

For the year as a whole, net profit amounted to 6.52 billion euros, and revenues reached 49.23 billion euros.