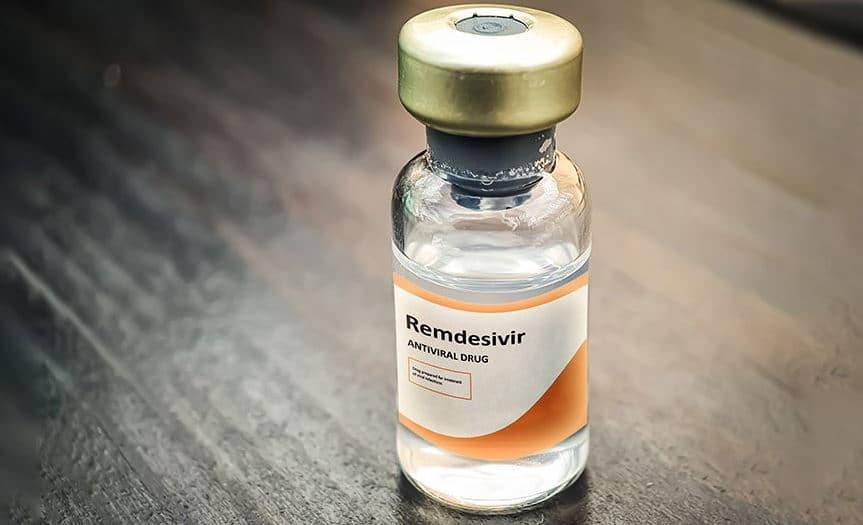 This afternoon, Remdesivir was once again the magic word at the global places of illusion – also called stock exchanges…

New hopes that the drug from the US biotech company Gilead could bring a breakthrough against the common virus caused a lot of hype and fantasy in the afternoon. Many indices gained considerable momentum and rose sharply.

The US biotech company Gilead has achieved an interim success with the active substance Remdesivir for the potential treatment of Covid-19. In a study conducted by the National Institute of Allergy and Infectious Diseases (NIAID), the drug met the primary endpoint, the company announced on Wednesday. Detailed information on this will soon be available from the research centre itself.

Remdesivir is not yet licensed or approved and has not yet proven to be a safe or effective treatment for covid-19. However, Gilead is conducting its studies with the drug and is in continuous communication with the authorities about its potential use as covid-19 therapy.

“That’s good for spirits,” say some stockbrokers. “However, this does not mean that the leverage will be pulled and the economy will immediately return to pre-Corona levels.” German Economics Minister Altmaier, for example, expects a severe recession and a GDP decline of around 6 per cent for the year as a whole. Stock market experts also continue to warn against too much optimism.

But the stock market is looking ahead with blinders on since the catastrophic data for the first quarter should no longer come as a surprise to anyone.

On the US stock exchanges, the positive news led to an upward trend in the trading day. The US leading index Dow Jones 30 Industrial rose 2.19 per cent to 24,629.40 index points. The technology-oriented selection index NASDAQ Composite dropped out of trading with a strong plus of 3.57 per cent to 8,914.71 points.

Besides the positive reports regarding the corona crisis, the Fed meeting on Wednesday was also in the spotlight. As the guardians of the currency announced on Wednesday after their two-day interest rate meeting in Washington, the key rate remains unchanged in a range of zero to 0.25 per cent. The central bankers had reduced it to this level in two giant steps. Also, because of the corona crisis, the monetary watchdogs warned of an “unprecedented” slump in economic growth in the second quarter. This is no news and doesn’t come as a surprise to anyone anymore.

Friendly trading could be observed on the Far East stock exchanges on Wednesday. In Tokyo, the Nikkei remained closed due to a public holiday. It thus remained at its closing level of Tuesday at 19,771.19 points.

Recovering prices on the oil market gave the Asian stock markets a tailwind, enabling them to shake off the poor performance of Wall Street from the previous day. Besides, investors were already eagerly awaiting today’s Fed meeting, therefore holding back with big moves during the Asian and European trading sessions.

And also on the European stock exchanges, there was a buying mood in the middle of the week. The EuroSTOXX 50 had a firmer start and climbed sharply into positive territory in late trading. It ended the session 2.81 per cent higher at 2,996.08 points.

In Germany, the Dax 30 already rose at the opening of the stock exchange and remained on green ground for the rest of the day. In the afternoon, the German stock market barometer climbed aggressively and ended the session 2.89 per cent higher at 11,107.74 points. The TecDAX also opened higher, but in the meantime turned into the loss zone. In the end, it finally returned to green territory and gained 0.89 per cent to 2,879.70 units.

In addition to the balance sheet presentations, investors were mainly waiting for news from the US Federal Reserve at midweek.

Oil prices rose noticeably on Wednesday. Most recently, a barrel (159 litres) of North Sea Brent crude costs with $2.24 more 22.72 US dollars. The price for the US variety WTI rose by $3.96 to 16.30 US dollars per barrel. On Tuesday morning, the price of US oil had temporarily fallen to just over USD 10 before a recovery set in. However, uncertainty continues to prevail on the market for crude oil. Experts expect wild price fluctuations. Demand, which has collapsed due to the corona pandemic, is offset by far too high a supply. As a result, more and more oil is flowing into the remaining free stocks.

The gold price hardly moved at all today and thus remained at a high level of around $1,700 per troy ounce.

The digital asset market has seemingly entered a new bull-run phase. Across the board, the most significant cryptocurrencies recorded sharp gains this Wednesday. Bitcoin broke above the $8,000 and is even nearing $9,000. The largest digital asset by market capitalisation rose by more than 12 per cent to currently $8,800. In comparison, Ethereum gained almost 10 per cent to $218, and XRP increased by another 6 per cent after it already gained 9 per cent yesterday to $0.2280.

Inflation in Germany on the retreat

The drastic drop in oil prices pushed inflation in Germany during the Corona crisis to its lowest level in more than three years.

Consumer prices rose by only 0.8 per cent in April compared to the same month last year, according to preliminary data released by the Federal Statistical Office on Wednesday. According to the data, there had been an equally low value in November 2016. In March, the rate had still been 1.4 per cent.

The corona crisis and special write-offs have put the aviation and armaments group Airbus in the red by in the first quarter. The bottom line was a loss of 481 million euros after a profit of 40 million a year ago, the company announced in Toulouse on Wednesday. Revenue fell by 15 per cent to 10.6 billion euros due to interruptions in aircraft deliveries. Operating profit adjusted for exceptional items (adjusted EBIT) fell by almost half to 281 million euros. The Airbus share price fell slightly before trading.

Deutsche Bank is introducing negative interest rates for sizeable private client deposits. “Continuing pressure from negative interest rates makes it necessary that Deutsche Bank will charge custodian fees for new contracts for high deposits above a tax-free allowance of €100,000 per account from 18 May 2020,” a Group spokesperson announced in Frankfurt on Wednesday. As a result, wealthy customers will have to pay a levy to the bank in future instead of receiving interest on their money in the account.

Until now, Deutsche Bank had only charged minus interest on high deposits to large corporate clients and very wealthy private clients. With this step, the bank is reacting to the low-interest rate policy of the European Central Bank. If banks park money at the ECB, they have to pay penalty interest – this costs the industry billions.