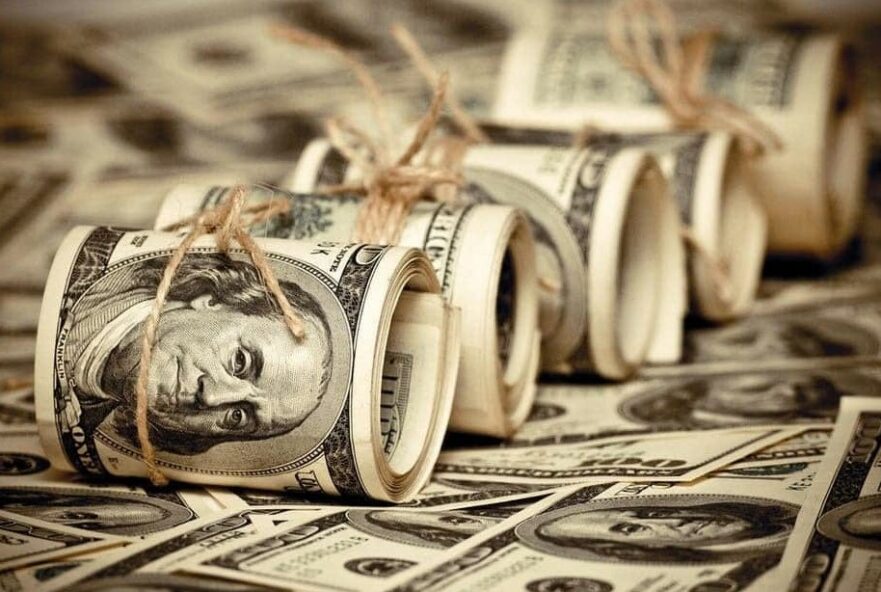 Falling bond yields have given the stock markets a boost again, and the dollar also continues to rise. Not even the looming shutdown in the US is hurting the greenback. According to some market experts, this is a sign of confidence that the parties involved will get their act together at the last minute, as usual.

In the evening, Fed Chairman Jerome Powell spoke out. The persistent bottlenecks in materials made the US economy struggle longer than expected in the recovery after the corona crisis. It is frustrating to see that these obstacles, as well as supply chain problems, are not improving, Powell told a Reuter’s roundtable at the European Central Bank (ECB) central bank forum on Wednesday. He said that the problem related to opening up the economy after the crisis would likely drag on into next year. He said he expected the recent surge in inflation to remain above the Federal Reserve’s two per cent target for the next few months before easing.

There were some signs of stabilisation on the US markets on Wednesday. The US leading index Dow Jones went into the evening with a plus of 0.27 per cent at 34,390.92 points. Meanwhile, the NASDAQ Composite could not defend its interim gains and ultimately slipped 0.24 per cent to 14,512.44 index points.

After the crash the previous day, there was a partial countermovement in the USA on Wednesday. However, the latest negative factors have not changed. The government is threatened with another shutdown if Democrats and Republicans reach an agreement. Investors are also still concerned about the high inflation rate.

The majority of the major stock exchanges in the Far East showed red signs today. In Japan, the Nikkei benchmark index closed with a loss of 2.12 per cent at 29,544.29 points. On the Chinese mainland, the Shanghai Composite lost 1.83 per cent to 3,536.29 points by the close of trading. In contrast, the Hang Seng in Hong Kong gained 0.67 per cent to 24,663.50 points.

Signals from the US stock market were weak after rising bond yields weighed it down on Tuesday. In addition, the crisis surrounding the Chinese real estate giant Evergrande, which is threatened with default, continued to dampen investor sentiment in Asia.

The European stock markets were able to record gains similar to those of the US markets. The EuroSTOXX 50 started the day in the black and closed 0.53 per cent higher at 4,080.22 index units.

The DAX also posted gains on the Frankfurt Stock Exchange. The DAX opened with a strong gain and then even extended it. In late trading, it retreated somewhat from its highs of the day but remained up and ultimately closed 0.77 per cent higher at 15,365.27 points. The TecDAX also rose sharply at times, after having risen initially. However, in late trading, it switched to the red and finally ended the day 0.1 per cent lower at 3,728.40 points.

Although the overseas stock markets were negative, the German benchmark index began a mid-week countermovement after its more than 2 per cent slide on Tuesday due to interest rate and inflation concerns. Investors took advantage of the low prices in trading to get back in. However, investors seemed to position themselves more defensively in the recovery.

The euro crumbled further during the US trading session on Wednesday, falling below the USD 1.16 mark. The single currency thus reached its lowest level since July 2020. The euro was last traded at 1.1601 dollars on the foreign exchange market.

Investors cashed in on the crude oil market. The price for North Sea Brent fell by 11 cents to 78.98 dollars per barrel. WTI oil from the USA declined by 6 cents to $75,35 per barrel. This means that oil prices have moved back from the level they reached the previous day. The Brent price had risen to a three-year high of more than 80 dollars on Tuesday.

Gold continues to be burdened by rising bond yields, falling as low as $1,721 and closing at $1,724 per troy ounce.

Price increases in Germany remain very high. In August, the prices of goods imported into Germany increased by 16.5 per cent compared to the same month last year, as the Federal Statistical Office announced in Wiesbaden on Wednesday. This is the highest increase since September 1981 during the second oil crisis. Inflation rates were already unusually high in the months before August. One reason for the high price increase is energy imports. In August, energy imports were almost 94 per cent more expensive than a year earlier. Natural gas cost a good 177 per cent more than a year ago, imported crude oil nearly 64 per cent more. In addition to energy, many intermediate goods became considerably more expensive, including ores, metals, plastics, and wood. The increase in prices is mainly due to considerable bottlenecks in world trade, mostly due to the corona restrictions.

According to calculations from the German Institute for Economic Research (DIW), economic output rose by around 1.5 per cent in the third quarter. The economic barometer calculated by the institute held a strong 108 points in September, well above the expansion threshold of 100 points. “A strong boost is thus to be expected for the third quarter coming to an end – the gross domestic product should increase by about 1.5 per cent compared to the second quarter of this year,” the DIW explained.

The mood in the eurozone economy surprisingly brightened somewhat in September. According to the newest data released by the EU Commission on Wednesday, the barometer calculated for this purpose rose by 0.2 points to 117.8 points. Economists polled by Reuters had expected a decline to 116.9 points. Sentiment improved particularly markedly in Spain (up 1.7), Germany (up 0.8) and the Netherlands (up 0.6). By contrast, it deteriorated in France (minus 1.3) and Italy (minus 0.9). According to ECB chief Christine Lagarde, the economy’s recovery from the corona crisis is making increasing progress. By the end of the year, the pre-crisis level should be exceeded. The EU Commission predicts a plus of 4.8 per cent in the eurozone’s GDP for the current year.