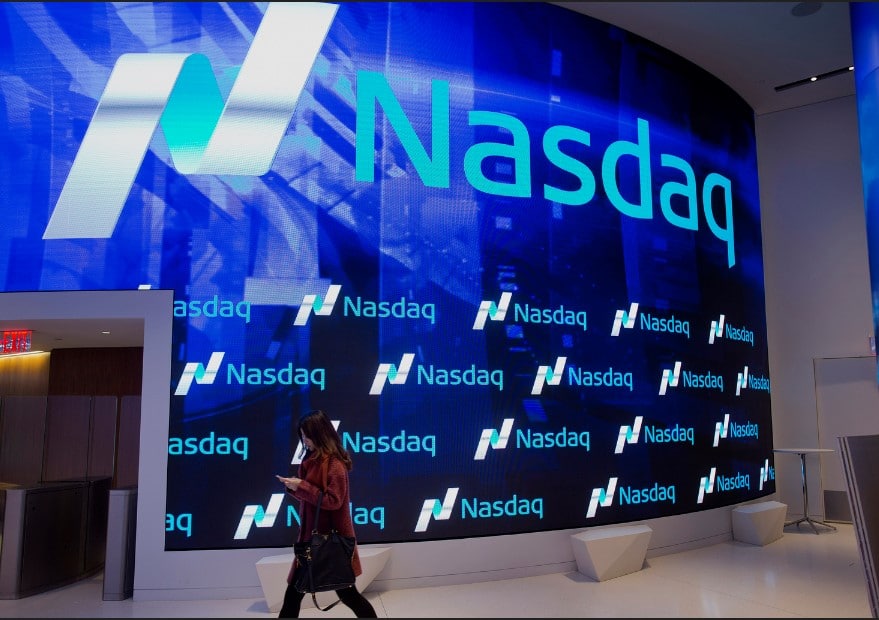 Investors on New York’s Wall Street rediscovered their love for technology stocks in the middle of the week. The Nasdaq rose significantly after standard stocks had recently been more in demand. But the S&P500 also got into the swing of things late in the evening and climbed to a new all-time high. The psychologically important mark of 4,000 points is thus still within reach.

Meanwhile, the stock market is eagerly awaiting the presentation of President Joe Biden’s two trillion dollars economic stimulus package, which he plans to unveil after the close of the market today.

Although uncertainty spread on Wall Street, tech stocks nevertheless rose. The Dow Jones started the day moderately higher. During trading, however, the US leading index changed hands more frequently. At the end of trading, the Dow was down 0.26 per cent to 32,981.55 points. The tech index NASDAQ Composite, on the other hand, was able to extend its initial gains strongly and ended the day 1.54 per cent up at 13,246.87 points.

Investors focused their attention on US President Joe Biden’s upcoming speech, who is expected to discuss the planned infrastructure programme worth trillions of dollars. One of the key issues will be a higher corporate tax. However, the speech will not take place until after the close of trading on Wall Street.

In the middle of the week, the most important stock markets in Asia recorded losses. The Japanese benchmark index Nikkei fell by 0.86 per cent to 29,178.80 points by the closing bell. On the Chinese mainland, the Shanghai Composite closed 0.43 per cent lower at 3,441.91 index points, while the Hang Seng index exited the session 0.7 per cent lower at 28,378.35 units in Hong Kong.

Bond yields had climbed to a 14-month high in the US on Wednesday, putting pressure on stock prices in the Asian market today. Experts were increasingly convinced that the US Federal Reserve would tighten interest rates again next year.

The purchasing managers’ indices for the manufacturing and service sectors in China in March were better than expected but could not brighten the mood. In Japan, on the other hand, industrial production data were worse than expected and put pressure on the markets.

There was little movement on the European stock exchanges on Wednesday after the brilliant start to the week. The EuroSTOXX 50 opened slightly lower and ended the day down 0.16 per cent at 3,919.81 points.

Meanwhile, the German benchmark index DAX defended its high level just above the 15,000 point mark on the last trading day in March, but did not make any further gains. In the end, the index exited trading unchanged in percentage terms at 15,008 points. The TecDAX, on the other hand, gained 0.89 per cent to 3,395.04 points.

Investors waited on the sidelines for new impetus, especially from US President Joe Biden’s speech in the evening. He will present his trillion-dollar infrastructure plan for the USA.

Shortly before the close on Wall Street, the euro was trading at 1.1725 US dollars on the forex market. In the afternoon, the common currency went up to 1.1760 dollars. Rising yields on US bonds tended to weigh further. The greenback received fundamental tailwind from the private employment agency ADP, whose March figures also point to a recovery in the labour market.

On the commodity market, the focus was on the upcoming Opec+ meeting tomorrow (Thursday), at which the members will discuss their further production policy. The cartel is currently facing headwinds from the foreign exchange market, where the dollar settlement currency is showing strength, not least because of the expected economic stimulus in America. Oil prices are trending inconsistently today but then slipped more sharply into the red in late trading. Brent oil was 35 cents lower at $63.66 a barrel, while WTI oil was down 79 cents at $59.67.

Gold was able to stage a strong recovery after dropping as low as $1,678 during the Asian session. By Wall Street close, the precious metal went up to $1,708 a troy ounce.

Japan‘s industrial production declined again in February. As the government announced on Wednesday, based on preliminary data, output fell by 2.1 per cent compared to the previous month. Experts had expected a smaller decline. In January, industrial production in the world’s third-largest economy ahead of Germany had still risen by 4.3 per cent, according to revised data.

The mood in China‘s economy brightened surprisingly in March. The Purchasing Managers’ Index (PMI) for industry rose from 50.6 points in the previous month to 51.9 points, as the National Bureau of Statistics announced in Beijing on Wednesday. Economists had, on average, expected only a slight improvement from the last month’s nine-month low to 51.2 points.

US private-sector payrolls rose by 517,000 month-on-month in March, ADP reported in Washington on Wednesday. Analysts had expected a somewhat stronger increase of 550,000 on average. Also, the previous month’s performance was better than previously reported. The labour market service provider revised job creation in February upwards. According to the report, 176,000 new jobs were created, after an increase of only 117,000 had been reported previously.

Business confidence in the Chicago region improved unexpectedly in March. The indicator rose by 6.8 points to 66.3 points, as the regional purchasing managers’ association announced in Chicago on Wednesday. Analysts, on average, had only expected an increase to 61 points.