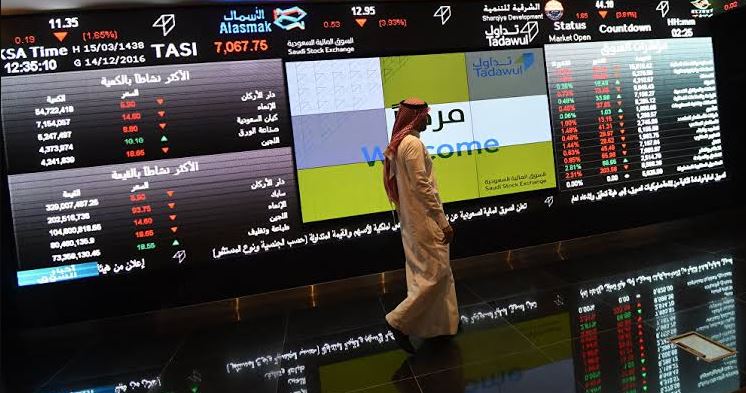 The attack on the largest oil refinery in Saudi Arabia is driving up oil prices massively. This does not leave investors in the stock markets cold either.

Fears of supply shortfalls are causing investors to buy a massive amount of crude oil. Following the attacks on oil plants in Saudi Arabia, the price has risen more sharply than at any time in more than 28 years.

Particularly worrying for investors: Trump immediately threatened retaliation after the attack on Saudi Arabia. According to the US government, the air raids were more likely perpetrated from Iran or Iraq than from Yemen. Satellite images show assaults from the north or northwest caused at least 17 impacts, The New York Times reported. This fits more with attacks from the northern Persian Gulf, i.e. Iraq or Iran, than with attacks from Yemen south of Saudi Arabia. The Yemeni Huthi rebels had confessed to the attacks.

US Secretary of State Mike Pompeo had already blamed Iran directly for the attacks on Saturday. The leadership in Tehran vehemently denies any involvement. An escalation of the conflict between the leaders of Iran and the USA becomes more and more probable.

However, it is not only the developments on the oil market that put a strain on the stock markets. There is also bad news from China.

According to current data, China’s economy has weakened even more than expected due to the trade war with the USA and structural problems in the country. In August, the rise in industrial production, retail sales and investment in property, plant and equipment slowed further, as the Chinese government announced in Beijing on Monday.

The data was all worse than economists had expected. Experts expect that the central bank and the government will soon take further measures to revive the economy.

Given the multitude of negative news, the negative US futures are not surprising either. The future on the leading Dow Jones index is 0.5 per cent lower at the moment, the future on the market-wide S&P 500 is losing 0.6 per cent.

The losses in cyclically sensitive technology stocks are particularly heavy. The future on the Nasdaq 100 selection index lost 1.0 per cent.

The European stock markets are posting losses on Monday. The EuroSTOXX 50 is negative after the start of trading with 3,530 points.

The German leading index Dax starts the first trading day of the new Börsenwoche with a significant downward price gap. At the opening, prices fell by 0.6 per cent to 12,388 points. The price losses are, therefore, less pronounced than had been feared before the stock market flotation.

Nevertheless, at present, everything looks as if the attention rally in the Dax could come to an end today. By the end of the week, the Dax had reached a new high (12,494 points). Thus, the German benchmark index had achieved higher highs for eight trading days in a row – an upward trend like a picture book.

At the beginning of the week, however, a truly harsh headwind is blowing against the stock markets from the commodity markets.

On Monday morning, oil prices climbed by up to 20 per cent in the first few minutes of trading, before giving up part of the increase again. Most recently, a barrel of Brent from the North Sea and West Texas Intermediate (WTI) from the US increased in price by around ten per cent each.

Almost 20 per cent is the largest price jump since January 1991. The background to the exploding oil prices is the drone attacks on Saudi Arabia’s largest oil refinery at the weekend.

The risk-off movement in the global financial markets naturally benefits the gold price. The price of the troy ounce of gold rises by one per cent to 1,504 dollars.

The dollar, on the other hand, suffers from investors’ rising risk aversion. The euro is trending sideways at currently 1.1069 dollars.

The prices of the most important cryptocurrencies continue to remain in a narrow range. Bitcoin, for example, is traded at around $10,340. The Ethereum price moved slightly higher to currently $194 and XRP is being traded for approximately $0.2640.

The Volkswagen Group has reached a settlement with class action plaintiffs in Australia and intends to settle another legal dispute. The 100,000 Australian customers affected by the diesel scandal could expect an average payment of 1,400 Australian dollars (870 euros) if all vehicles participated, Volkswagen announced in Wolfsburg on Monday.

This brings the total volume of customer lawsuits to around 87 million euros. The settlement has yet to be confirmed by a court. Volkswagen expects the five proceedings concerned to be concluded by spring 2020.

First strike at General Motors since 2007

For the first time since 2007, the US auto union UAW has announced a nationwide strike at the car manufacturer General Motors. On the night of Sunday (local time), the union announced that the belts were to be brought to a standstill at several plants in the USA. The strike affects some 48,000 hourly workers. The last 2015 agreement with the company on working conditions and wages expired on Saturday, and the UAW did not want to renew it.

A strike could quickly lead to a shutdown of GM production in North America. This could also affect the US economy as a whole.