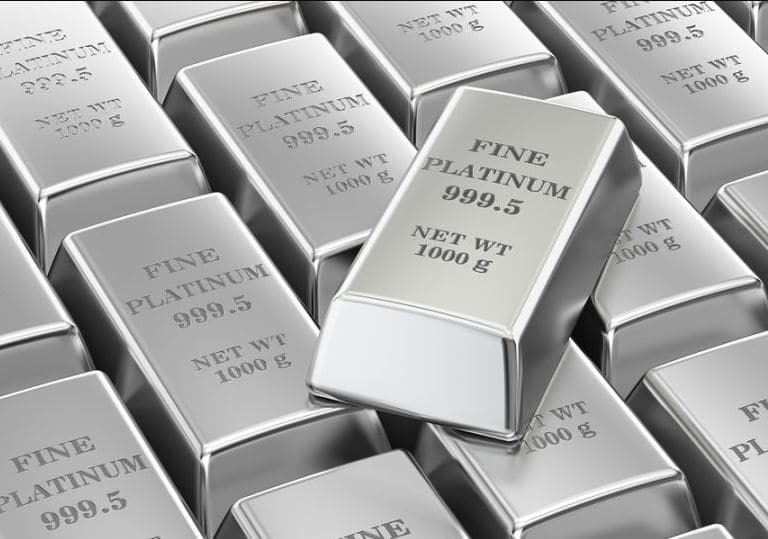 For a long time, the precious metal platinum was considered a luxury variant or enhancement of gold. In recent years, however, this order was no longer correct, at least not in terms of price, because platinum was in ever-decreasing demand, especially from the automobile industry, and thus lost considerable importance.

Therefore, the question now arises: does it make sense to invest in platinum?

According to figures from the World Platinum Investment Council (WPIC) demand for the precious metal has dropped from 8.5 million ounces in 2013 to 7.5 million ounces in 2018. In 2019 demand was estimated to be slightly higher again at around 7.7 million ounces. In contrast to palladium, which in the past 12 years at its peak was able to gain an incredible 1,500% from USD 164 to new all-time highs of USD 2,700, platinum in the corona crisis environment even briefly fell below the strong chart support of USD 750 to USD 800, the low from 2008.

Historically, a price ratio of 1:1 is considered the norm compared to gold. Currently platinum is worth less than half the price of gold. The weakest of the precious metals in terms of price has at least moved back into the area of chart support.

Trade with the Best Forex Brokers for Commodities

Due to its rarity and durability, platinum is still used today for the manufacture of jewellery in white gold alloys, among others, but is now primarily considered an industrial metal. As such, it is used in a massive amount of areas in its pure form or as an alloy. Platinum is used, for example, in automotive catalytic converters, heating systems, aircraft turbines, laser printers, electronic and laboratory equipment, fertilizers as well as technical materials, chemicals and petrochemicals. However, all areas of application are preceded by medical technology, where platinum is used almost everywhere due to its excellent organ and body compatibility.

The demand for platinum is also high in the automotive industry: here platinum competes with palladium and for a long time was the more expensive and more sought-after of the two metals. An average of 5 grams of platinum or palladium is needed per vehicle.

In the meantime, palladium has outstripped platinum, and the rising demand had caused the palladium price to explode to as high as USD 2,700 an ounce, before there was a setback to currently USD 1,850. Platinum, on the other hand, is now used almost exclusively in diesel engines, where the metal performs much better than palladium in terms of pollution control.

Nevertheless, the WPIC expects a further increase in demand this year and with it a rebound in platinum.

So how can day traders or investors profit from the next potential platinum boom?

Platinum is traded on the stock exchange under the symbol XPT. Numerous forex brokers, such as the online forex giant IC Markets, offer platinum against the US dollar in commodity trading.

As an investment product, the metal can be purchased in the form of platinum bars or platinum coins, for example. Many countries, however, charge GST on platinum products. Also, there is usually a relatively high spread, i.e. a significant difference between the selling and buying price. For this reason alone, the metal price must rise considerably to profit. Given these tough conditions, an investment in physical platinum naturally makes little sense. Even the tax-free purchase via a bonded warehouse is anything but cost-effective.

However, platinum ETFs or platinum ETCs (Exchange Traded Commodities) are attractive investment options even if they have a much smaller volume than, for example, gold and silver ETCs. Please note, however, that ETCs, unlike genuine replicating ETFs, are actually debt securities and therefore involve an issuer risk.

Furthermore, investors can select from numerous platin stocks, many of which are traded on the Johannesburg Stock Exchange.