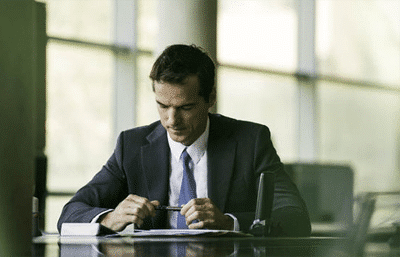 The second half is just a catchy name it’s easy to remember, and it describes the concept by the second half we mean the end of the candles life this might be in the last four hours of an eight-hour candle or it might just be the last hour or the last half hour. One of the most important questions you need to ask yourself when you’re trading is who is in control of price.
Well, the second half helps you determine that and thinking about candles in this way is important. It will help me better understand what the candles are telling you about price action. Sometimes candles can be confusing.

Now let’s have a look at few tough candles and why the second half concept is so important.

A lot of people refer to this type of candle as a reversal pattern. It’s known as an inverted hammer, and it’s meant to signal a potential reversal. We usually don’t take them under consideration as the reversal because it looks like an indecision candle, but is it?

The long upper wick indicates that buyers fought hard for control of price. But let’s look at this candle in a little more detail. Let’s think about the second half. So we have a long upper wick here, yes buyers did fight for control of price. That’s quite clear. But that happened at the start of this candle’s life. Maybe it was the first hour or maybe the third hour, the point is buyers still control price but failed to hold that high. By the end of this candle’s life, sellers are entirely reverse the move by buyers. Not only that, sellers pushed lower than the open price. In fact, sellers closed almost at their low; we can see that by the little lower wick. So while buyers did take control of price for a while the most recent data shows us that sellers took control so when the next candle opens sellers are likely to have control still.

If anything, a candle like this in the case of sellers are likely to continue a downtrend or at least as a strong possibility that sellers will be in control at the open of the next candle and then a downtrend will start. 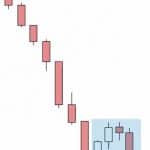 So let’s pull down to a small timeframe and see what this candle looks like on a small time frame.

It looks like this is a downtrend, and it looks like downtrend will probably continue. This is why what happens at the end of a candle’s life is more important. And this is why we do not like these types of candles with our reversal strategy.

This is a very nice reversal candle. It shows us that even though sellers were robust enough to push the price down towards the end of this candle’s life (and remember recent data is most important) buyers had control.

They completely reversed the price and closed above the open; buyers’ strength is more likely to continue when you see this candle, and that usually makes for better reversal trades. This is the kind of indecision that often gets us into reversal trade.

Candles are Price
Psychology of Trading