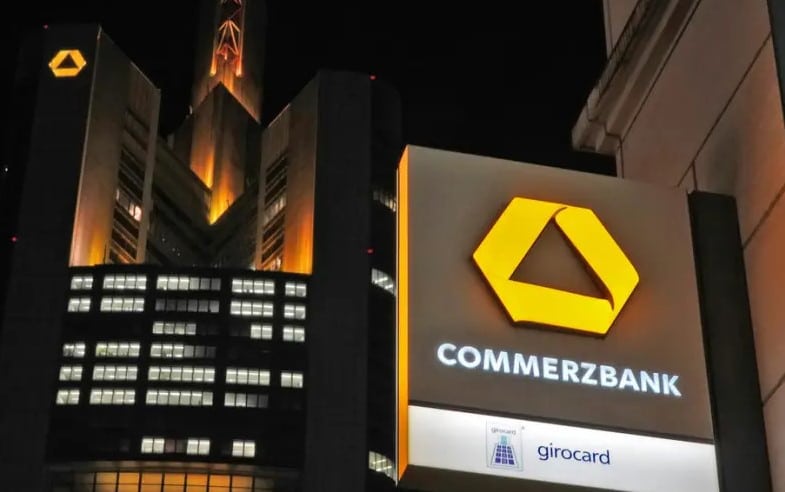 Commerzbank slipped into red figures in the second quarter of 2021 due to the expensive restructuring of the group. A loss of 527 million euros was on the books below the line, as the Frankfurt-based MDAX group announced on Wednesday. A year earlier, the bank had earned 183 million euros in the period April to June inclusive.

Commerzbank explained the quarterly loss, among other things, that expenses of 511 million euros were booked for the group restructuring that has been ongoing since the beginning of the year. After a good start into the current year, the balance sheet now shows a loss of 394 million euros at the end of the first half of the year. Manfred Knof, who has been in office since 1 January, nevertheless expressed his satisfaction: “We achieved a solid operating result in the first half of the year. The implementation of the strategy is fully on track.”

In addition, the bank’s operating profit missed the consensus estimate, wrote analyst Kian Abouhossein of US bank JPMorgan in an initial assessment. Revenues were also below the average market expectation. Net interest income, however, was slightly better than expected. There will probably be no bigger changes to the market expectations for 2021, the expert believes.

Commerzbank shares reacted with losses on Wednesday to the announcement of the bank’s quarterly figures. Shortly after the start of trading, they slumped by 2.55 per cent to 5.30 euros, which meant the last place in the MDAX. At first glance, the key figures were worse than those of Deutsche Bank, said traders on the German stock market.

Sony with more turnover and profit

Sony closed the past quarter with higher sales and profits, thanks mainly to higher demand for electronics such as televisions. The games business around the Playstation console, which grew strongly last year, remains at a high level but is reaching its growth limits.

Overall, Sony increased sales by 15 per cent to almost 2.26 trillion yen (about 17.4 billion euros) in the first fiscal quarter that ended at the end of June. Profits were nine per cent higher than in the same quarter last year at around 212 billion yen (1.6 billion euros), Sony announced on Wednesday.

Sony had achieved a record profit of more than one trillion yen for the first time in the past financial year, which ended at the end of March, thanks in part to Playstation. Because of the corona restrictions, video games had become significantly more popular last year. Sony already forecasts a decline in profits for the current business year but has raised its forecast from 660 to 700 billion yen.

In the second quarter of the current financial year, Uber once again made a loss. EPS in the reporting period was 0.61 US dollars per share, which is an improvement on the previous year’s figure of 1.020 US dollars per share. Analysts had predicted the company to post EPS of -0.526 US dollars.

Uber shares were down 6.84 per cent at 38.94 US dollars in after-hours trading on the NYSE.

Facebook is giving Snap more competition with an expansion of the offering of its messenger service WhatsApp. Users can now send photos as well as videos that disappear after they have been viewed, the world’s largest internet network announced on its company blog on Wednesday night. The new function is called “View Once”. US competitor Snap has become known for allowing its users to post messages on the Snapchat platform that are automatically deleted after 24 hours.

Most recently, Snap has grown faster than Facebook. The number of daily Snapchat users rose by 23 per cent to 293 million in the past quarter, while the industry leader increased its number of daily users by seven per cent to now 1.91 billion. Snap’s quarterly revenue even increased by 116 per cent. Facebook recently posted a 56 per cent increase in revenue but warned of a “significant slowdown” in growth.