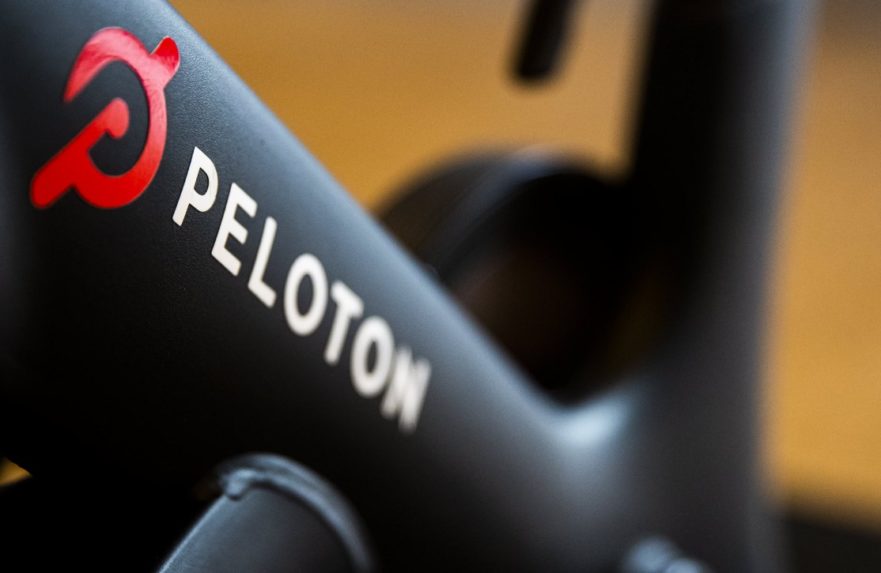 Fitness equipment provider Peloton is struggling to digest the explosive growth of its business during the Corona crisis. Last quarter, Peloton cracked the billion-dollar mark in sales for the first time. But the company can’t keep up with deliveries. Now Peloton is putting up $100 million to cut “unacceptable” wait times with faster transport by plane and ship. The market launch of a new treadmill in the USA is postponed from March to May.

Last quarter, sales jumped year-on-year from around $466 million to just over $1.06 billion. The peloton was in the black of $63.6 million after a $55.4 million loss a year earlier.

Peloton made most of its business from the sale of its fitness bikes and treadmills – a good 870 million US dollars. Just under $195 million came from the subscription business. Peloton now has 4.4 million users. Of these, just under 2.3 million also pay for workout subscriptions.

In the pandemic, with many exercising at home instead of in the gym, Peloton usage increased significantly. In the last quarter, a subscription customer did an average of 21 workouts a month – a year earlier, it was just 12.6.

The IPO of the Chinese video app Kuaishou has triggered a run on its shares in Hong Kong. By the end of the first day of trading on Friday, the stock market newcomer’s shares had climbed from 115 to 300 Hong Kong dollars, an increase of around 160 per cent. The company’s market value was thus approximately 116 billion euros. Immediately after the start of trading, the price had even almost tripled.

During the subscription period before the first day of trading, the Beijing-based company had raised the equivalent of 4.5 billion euros from investors, making it the largest tech IPO since ride-hailing service Uber in May 2019, according to calculations by financial agency Bloomberg.

Kuaishou, which literally means “quick hand”, is the biggest competitor in China to the Chinese video app Douyin, which goes by Tiktok in the West. The app, which claims to have more than 300 million active users, allows users to create their short videos or live streams and share them with other users.

Kuaishou’s biggest revenue generator is digital gifts that viewers can send to the makers of the live videos. An animated flower costs the equivalent of only a few cents. More expensive gifts can sometimes cost several hundred euros. Kuaishou and the providers of the videos split the revenue. Besides advertising, Kuaishou relies on its online shop, where products that live streamers promote in their videos can be bought.

Although Kuaishou’s business has snowballed in recent years, the start-up is struggling with several problems. Tighter rules for streaming services in China, for example, could become a burden. Only days before the IPO, the Chinese copyright organisation CAVCA also came on the scene, accusing Kuaishou of violating the music copyrights of numerous users in their videos.

Simultaneously, Kuaishou is fighting bitterly with market leader Douyin and other providers for market share, which has recently brought the group high losses. Meanwhile, expansion abroad has been bumpy for the Chinese, partly because of increasing scepticism and security concerns about Chinese apps on the part of foreign governments.

The world’s largest industrial gases manufacturer, Linde, has navigated the corona crisis well. Thanks to higher volumes and many project start-ups, it has achieved higher sales and earnings in the fourth quarter than expected.

The group is looking to benefit from well-performing businesses around healthcare, electronics and clean energy. On Friday, the company said that its 2020 sales fell by three per cent to 27.2 billion US dollars because projects were delayed due to the pandemic. But the operating result increased by ten per cent to 3.3 billion, and profit rose from 2.3 billion to 2.5 billion US dollars.

The shares of the Dax group (DAX 30) turned positive after the business figures at noon. At the close of trading, the shares were up 1.4 per cent. The gas group exceeded expectations in all regions in the fourth quarter, analyst Jonas Oxgaard from the US research firm Bernstein Research wrote in a report. The result was outstanding for the current challenging times.

For 2021, Linde targets earnings per share adjusted for non-recurring items of $9.10 to $9.30. Analysts have an average of 9.13 dollars here, compared with 8.23 dollars in the previous year. For the first quarter, the management calculates with 2.20 to 2.25 dollars. Exchange rate effects are expected to have a positive impact on the current year. The dividend is to be increased by 10 per cent. At the same time, the company is continuing its share buyback programme. In total, Linde plans to invest between 3.0 and 3.6 billion dollars, compared with 3.4 billion dollars in 2020.