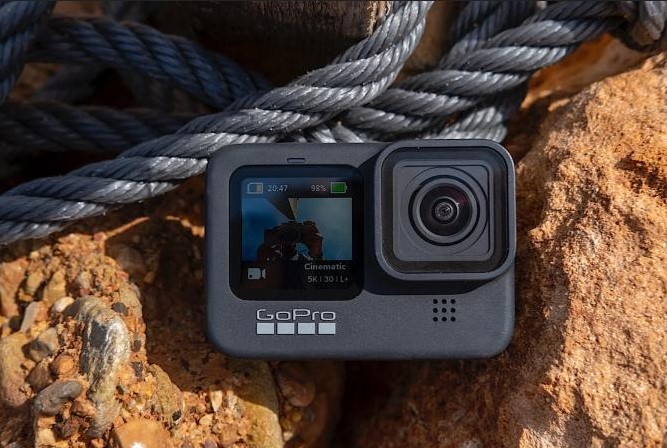 GoPro makes it into the black – just

The GoPro share grew almost 7 per cent stronger at 10.74 US dollars in after-hours US trading on the NASDAQ.

Beyond Meat, shares were 3.96 per cent lighter at US$117 in after-hours trading on the NASDAQ.

Weber, the US grill manufacturer, known for its kettle grills, is celebrating its debut on the stock exchange floor today. The company, whose shares have been listed on the New York Stock Exchange since today under the symbol WEBR, marked its first price at 17.00 US dollars. After peaking at 17.25 dollars, the price temporarily fell back to 15.10 dollars. At the close of trading, Weber shares were worth 16.50 dollars, still 17.86 per cent higher.

Weber was valued at around four billion dollars in the IPO. The group offered 46,875,000 shares to investors, with an additional 7,031,250 shares available to underwriters if demand was sufficient. The management had targeted a price range of 15 to 17 US dollars, but in the end, the issue price was 14 US dollars, still below the price range.

Sporting goods manufacturer Adidas has slightly raised its forecast after a good second quarter. Sales are now expected to increase by up to 20 per cent in constant currency. Previously, Adidas had projected an increase in the high 10 per cent range. Net income from ongoing operations is also expected to be slightly higher than planned: Here, the company expects 1.4 to 1.5 billion euros, compared to previously expected 1.25 to 1.45 billion euros.

However, investors took profits according to the motto “sell on good news” after the share had recently risen to a record high. As a result, Adidas shares lost 5.4 per cent to 317.90 euros today.

Allianz SE today decided on a new share buyback programme for its own shares. The volume of this new programme is up to €750 million, as announced by the insurance group. The programme is to start in August 2021 and be completed by 31 December 2021 at the latest. The DAX-listed group plans to cancel the purchased shares.

In an initial reaction on the Tradegate trading platform, the Allianz share price rose by 3.28 per cent after trading hours to 196.46 euros.

The record rally at Rational took the shares of the catering equipment supplier above the 1,000 euro mark for the first time on Thursday. After an initially hesitant start, they exceeded the magic number in the morning, which is unique within the three major DAX indices.

It was enough for investors that the company’s half-year figures largely fulfilled the previously known key data. Analysts did not see much news in the results. However, RBC expert Sebastian Kuenne said that June had been the strongest month in the company’s history. This is a good prerequisite for the third quarter, even if the momentum will probably slow down a bit.