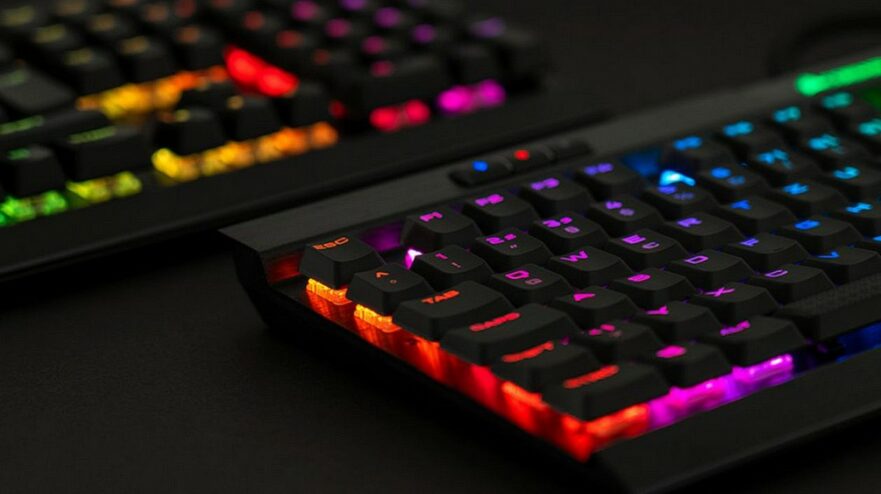 Cherry wants to go public on the Frankfurt Stock Exchange

Cherry, the keyboard manufacturer known among gamers for its mechanical switches, aims for an IPO in Frankfurt. New shares with a volume of 140 million euros are to be issued, and existing share certificates are to be replaced, as Cherry announced in Munich on Monday. With the proceeds from the IPO (initial public offering), which is to be completed before the summer break, the board of directors wants to push the company’s organic growth. The money could also be used for acquisitions or to reduce debts, it said.

According to Cherry, the company was founded in Highland Park (Illinois) in 1953 and moved its headquarters to Germany in 1967. According to Cherry, in the first quarter of this year, turnover jumped by more than a third to 37.7 million euros. Among gamers, the company is best known for its clicky mechanical keyboards, which they hope will give them greater precision when gaming. However, Cherry also offers other peripherals besides keyboards.

British Sagrotan manufacturer Reckitt Benckiser is selling its Chinese baby food business to a local investor. The Chinese Primavera Capital Group has accepted a takeover price of 2.2 billion US dollars, the British company announced at the weekend. Reckitt plans to put the net cash inflow of about 1.3 billion dollars into debt reduction. The group will retain an eight per cent stake in the business. There will be a net loss of about 2.5 billion pounds in connection with the transaction – mainly due to the amortisation of goodwill and intangible assets.

The manufacturer of the well-known disinfectant Sagrotan has benefited from increased customer demand for hygiene products during the pandemic. The division for over-the-counter medicines and other health products, on the other hand, weakened recently due to the fragile flu season.

In London, Reckitt Benckiser shares were trading a marginal 0.09 per cent higher at 6,493.00 pence.

Shares in the German second-tier stock windeln.de made a massive jump in price on Monday. At its peak, the windeln.de share went up to 2.90 euros in XETRA trading, its highest level since August 2020. At the close of trading on the Frankfurt Stock Exchange, the stock was still trading at 2.21 euros, 132.63 per cent higher than at the closing price on Friday; the windeln.de share had also already recorded surprising double-digit price gains at the end of the week.

The market euphoria cannot be explained by any specific news about the company itself, but speculation about a possible strong demand for baby products from China is doing the rounds. Instead, the above-average trading volume seems to result from a concerted effort by private investors, as is suspected in the market.

According to this, the windeln.de share – similar to the shares of GameStop and AMC – could have become the plaything of small investors. The company’s operating performance has not been convincing recently: in the first quarter, revenues declined slightly to 14.6 million euros. The development of profits was also less good than hoped for: the group made a loss of 3.5 million euros in EBIT, compared to a loss of only 2.4 million euros a year ago.

Biogen shares are on the upswing ahead of the expected decision by the US Food and Drug Administration (FDA) on the US biotech company’s Alzheimer’s drug.

The shares gained almost three per cent to just over 294 dollars on Wall Street on Monday and have gained about five per cent since Friday. Currently, however, they are only up 0.1 per cent at 286.43 US dollars. If the FDA gives the drug aducanumab the green light, it would be the first approval for an Alzheimer’s drug and a potential billion-dollar deal for Biogen. On the other hand, a rejection would probably mean the end of the drug and a further setback for the so-far unsuccessful search for a drug against the nerve disease.

Approval would likely depend on the FDA’s willingness to approve a drug based on relatively weak data for a disease that is affecting millions and offers few current treatment options, explained Guggenheim analyst Yatin Suneja. The drug had initially produced positive results in one clinical trial, but these were not confirmed in another. As a result, an FDA advisory panel voted against the drug in November. The agency is not obliged to listen to the expert panel’s advice but usually follows it.

So far, there is no effective treatment for the rapidly progressing dementia disease, in which protein clumps accumulate in the brains of those affected, damaging the nerve cells. Numerous pharmaceutical companies have already had to cope with failures in this field of research. Current drugs can only alleviate the symptoms.