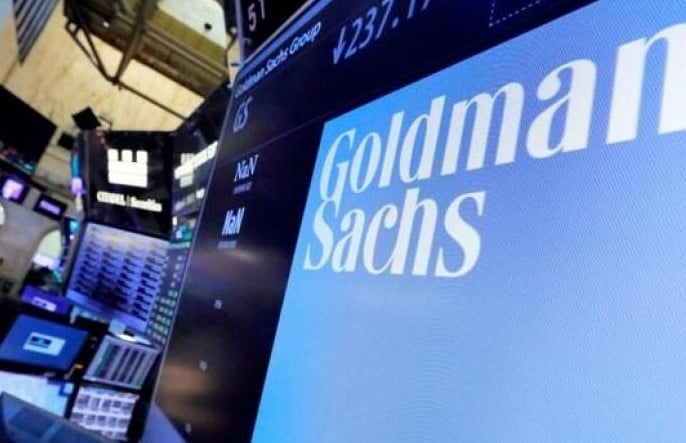 The US investment bank Goldman Sachs is taking its fund subsidiary Petershill public. According to insiders, the company, which specialises in investments with alternative asset managers, is thus valued at around 5 billion dollars. Petershill Partners is to be an independent fund company in the future with a free float of at least 25 per cent, as Goldman Sachs announced on Monday. The IPO will take place on the London Stock Exchange.

Goldman Sachs is placing new shares worth 750 million dollars as well as existing shares on the market. The bank declined to comment on the current market value. After the announcement of the plans, it usually takes another month to go on the floor. The current market situation is favourable for companies like Petershill Partners. The shares of Bridgepoint, the financial investor that went public in July, are more than 40 per cent above the issue price.

Petershill takes minority stakes in asset managers that specialise in non-traditional investment strategies. These include private financing, real estate, hedge funds, commodities, and aircraft and ship financing. In total, Petershill has stakes in 19 investment companies with combined assets under management of $187 billion.

Solar technology group SMA Solar has capped its forecasts for the entire year due to ongoing supply chain bottlenecks. The company reported on Monday in Niestetal, Hesse, that sales and profits before interest, taxes, depreciation, and amortisation (Ebitda) will be lower than previously forecast. The share price fell by more than 14 per cent after the news became known and thus to a low since the end of October last year.

For the full year, the board now expects sales of 0.98 to 1.03 billion euros. Previously, 1.075 to 1.175 billion had been targeted. As a result of the lower turnover, the result for the financial year will also change, it was added. SMA Solar now forecasts only 50 to 65 million euros in Ebitda, down from 75 to 95 million euros previously.

Trade with the Best Brokers For Commodities

The issue, according to the Group, is stretched supply systems. Contrary to expectations, these have “also worsened significantly for SMA in the short term”. For example, firmly promised delivery quantities had been cancelled again. “We are in intensive contact with our partners on the supplier side to create suitable solutions to secure deliveries and to compensate for delivery delays as far as possible in the coming weeks,” explained Managing Board spokesman Jürgen Reinert. Furthermore, customer projects have been postponed until the next year. Reinert referred specifically to larger photovoltaic projects.

Reinert’s management continues to forecast that turnover will be greater in the second half of the year than in the same period last year. However, the current level is lower than the previous forecast. The “very good” medium-term prospects are not affected by the lowered forecast.

This did not reassure investors. The share price fell by more than 14 per cent after the profit warning was announced. At 35.36 euros, the shares were at times at their lowest level since the end of October 2020.

A week before a company event, investors jumped on Apple. The shares of the electronics provider rose by 1.7 per cent on Wall Street to a record high of 157.24 dollars. The closing price was 156.69 dollars, a plus of 1.55 per cent.

The US company has announced a special event for next Tuesday. Market observers expect the tech giant to unveil the new model of its best-selling iPhone then. Since 2013, Apple has presented the latest variant of its smartphone to the public in September. Usually, fans of the brand flock to the shops in the following weeks to buy the new products.