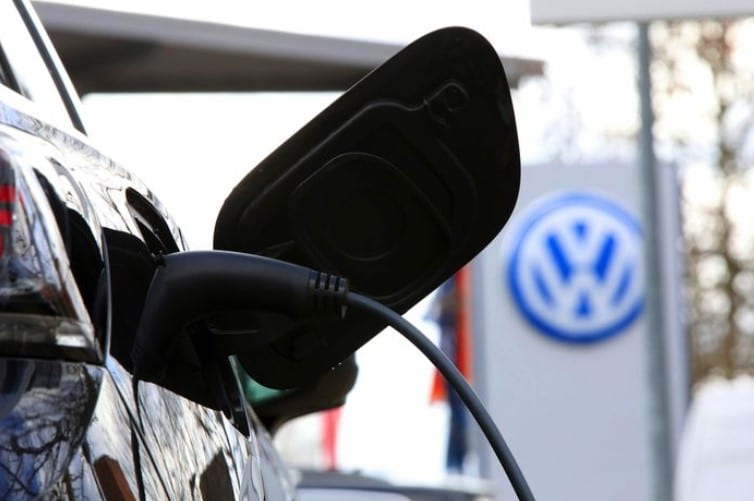 Volkswagen has so far coped surprisingly well with the burdens of the semiconductor crisis, posting a profit in the billions in the first half of the year. The operating profit is around €11 billion, as the group announced based on preliminary figures. In the same period of the previous year, the Wolfsburg-based group had posted an operating loss of €1.49 billion due to plant closures to contain the Corona pandemic. VW sees the net cash flow in the automotive business at around 10 billion euros in the first six months of 2021. Analysts had expected VW to post a significantly lower operating profit in the first half of the year. VW shares rise 4.4 per cent after the key figures were released.

“Deliveries continued to recover strongly in the first half of the financial year, leading to very high sales as well as operating profit in each case,” VW said. The negative impact of the bottleneck in semiconductors has been postponed and is more likely to lead to negative effects in the second half of the year.

VW’s major shareholder Porsche SE currently sees no reason to change its earnings forecast for the 2021 financial year. Porsche pointed out that Volkswagen had achieved an operating profit of around 11 billion euros in the first half of the year. However, no statements were made on the estimates for the result for the entire fiscal year 2021.

Volkswagen had announced that it expected the shortage of semiconductors to impact the second half of the year negatively. According to analysts, in the first six months, this problem had affected the carmaker less than expected. Porsche SE holds a 31.4 per cent stake in Volkswagen AG. The consolidated profit after tax of the Porsche SE group is therefore significantly influenced by the consolidated profit after tax at the level of the Volkswagen group.

At the end of trading, the Volkswagen Group’s preferred shares gained 5.91 per cent to 212.35 euros at the top of the DAX. This almost made up for the losses since Monday. VW ordinary shares and the shares of the holding company Porsche SE also rose with the announcement.

Tesla will start delivering its Model Y mini SUV in Europe in a few weeks. The first vehicles are to be handed over in Germany in August, as the electric car manufacturer announced on Friday. They will come from Shanghai. Tesla initially planned to start production of the Model Y in Grünheide in Berlin in July, but the completion of the first European plant has been delayed. The start of deliveries of the Model Y in Europe was announced for the third quarter.

The mini-SUV is a slightly larger version of Tesla’s first mass-market car, the Model 3. In the second quarter, the company delivered just over 199,000 Model 3 and Model Y vehicles. In contrast, the larger and more expensive Model S and Model X came in at just under 2,000 deliveries.

Investors flocked back to financial stocks on Wall Street on Friday. In general, investors were buying up again at the end of the week after the recent setback in equities. This was especially true for the shares of the large banks, which had recently been punished. The market pointed to the fact that US government bonds, which had lately been in demand as a safe haven, were now experiencing profit-taking as support.

Accordingly, financial stocks were among the favourites in the Dow after having suffered heavily from falling market interest rates in recent days. Goldman Sachs and JPMorgan advanced 3.5 and 3.1 per cent, respectively, on Wall Street’s benchmark index. For banks, higher interest rates are considered an advantage in everyday business, for example, with loans or fixed-interest securities.

The securities of many other institutions were also boosted because the yield on ten-year US bonds, which runs counter to the prices, rose again on Friday to 1.36 per cent. The previous day it had fallen to a five-month low of 1.25 per cent.

In the broad S&P 500, Citigroup, Morgan Stanley and Bank of America shares were among the clear winners, rising by up to 3.3 per cent. Shares of Wells Fargo rose by 3.8 per cent, and those of State Street rose by 5.6 per cent. Here the shares were recommended as a buy by UBS on Friday.