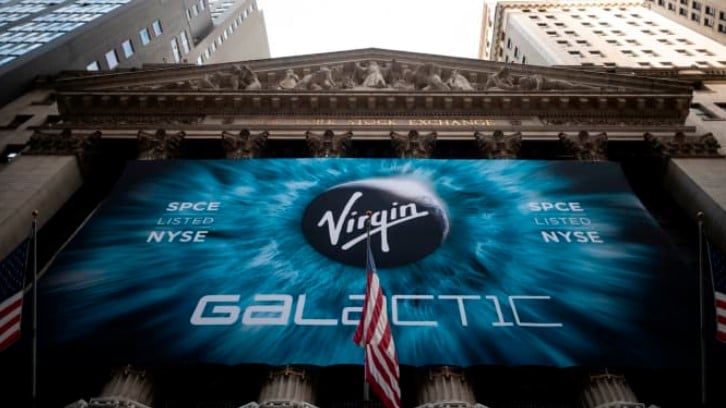 The first quarter ended with another heavy loss for the space company Virgin Galactic. The loss per share for the reporting period was 0.55 US dollars after an EPS of -0.300 US dollars was reported a year ago. The experts had previously estimated the EPS at -0.274 US dollars. The net loss amounted to 130 million US dollars.

Revenue for the period was $0, compared to revenue of $0.2 million a year ago. Virgin Galactic shares are down 5.68 per cent to $16.94 in after-hours trading on the NYSE.

According to insiders, the airline Lufthansa is aiming for a capital increase of three billion euros. The timing and amount would depend on market conditions, the news agency Bloomberg reported on Monday, citing people familiar with the matter. With the measure, which could start as early as next month, the group wants to redeem part of its state aid. A Lufthansa spokesman declined to comment.

Trade with the Best Forex Brokers

Last week Lufthansa’s shareholders had given the company the green light for a capital increase of up to 5.5 billion euros. Against the backdrop of a massive slump in business due to the global Corona measures, the company’s equity had melted down to 1.4 billion euros by the end of 2020 – a ratio of just 3.5 per cent of total assets, down from 24 per cent in the pre-crisis year 2019.

Aircraft manufacturer Airbus delivered significantly fewer commercial aircraft in April than in the exceptionally strong March. This time the group handed over 45 new machines to its customers, as it announced in Toulouse on Friday evening. In March, the manufacturer had delivered 72 machines after a weaker start to the year. In the first four months, 170 aircraft left the Airbus factories. Meanwhile, Airbus collected orders for 48 commercial aircraft in April despite the corona crisis and received 22 cancellations.

Airbus boss Guillaume Faury wants to deliver at least as many aircraft this year as last year. The manufacturer delivered 566 aircraft to its customers, compared to 863 in the record year 2019. Because of the Corona pandemic, the group has cut its production by around 40 per cent and only plans to expand it again slightly from the summer onwards.

Rising rents in conurbations continue to drive TAG Immobilien. The company is also benefiting from its real estate services. The operating result (FFO 1) increased by 8.6 per cent year-on-year to 45.6 million euros in the first quarter, as the MDAX-listed company announced in Hamburg on Monday. Cold rents climbed by 4.3 per cent to 83.1 million euros. Consolidated net income rose by 7.5 per cent to 34.5 million euros.

With a view to future growth, the Executive Board focuses on the purchase and construction of new flats. Last year, the company acquired almost 4,600 apartments in Germany. However, no acquisitions were made in the first quarter; instead, TAG Immobilien sold 95 residential units. In Poland, TAG is gradually selling some of the properties it acquired at the end of 2019, but in the next three to five years, the group still plans to build 8000 to 10 000 flats itself.

Management is sticking to its outlook for the current year. FFO1, an important operating indicator for real estate companies, is expected to increase to 178 to 182 million euros in 2021. According to current planning, the dividend for 2021 should then amount to 92 cents per share.

The approximately 88,000 German properties of the Hamburg Group are located in the so-called B and C locations and thus on the broader catchment areas of the metropolises and in medium-sized cities. Most of the residential properties are located in eastern German cities such as Gera, Leipzig, Chemnitz, Erfurt, and Berlin. In addition, TAG Immobilien entered the Polish market with the acquisition of project developer Vantage Development at the end of 2019.

TAG Immobilien shares initially came under pressure on Monday, losing 1.59 per cent at times to 24.79 euros on XETRA.