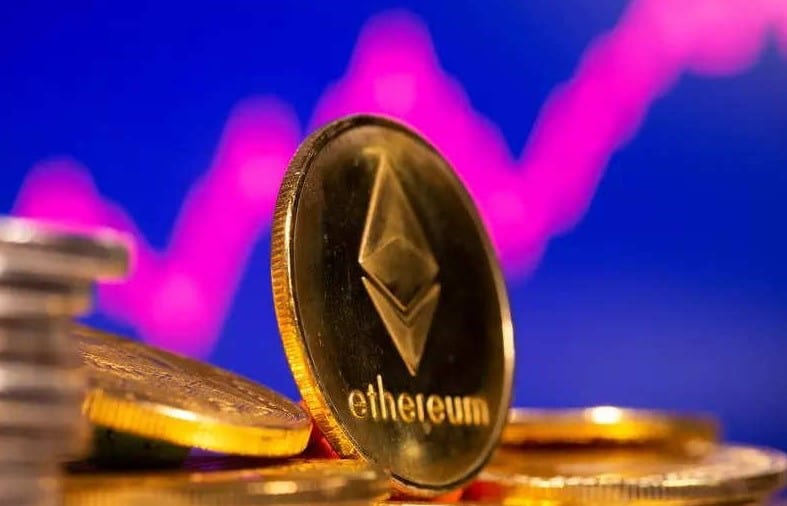 The second-largest cryptocurrency and best known smart contracts platform, Ethereum (ETH), is rushing from one record high to another record high. It broke the $4,000 mark just two days ago and continues to march forward towards $5,000.

The Ether price rose to a record level of 4,140 US dollars on Monday. The round mark of 4,000 dollars was exceeded for the first time. Since the start of the year 2021, the price has increased more than fivefold, leaving crypto leader Bitcoin (BTC) far behind. The influx of capital into the cyber currency seems uninterrupted, as many investors consider Ethereum undervalued. A leap above the 5,000 marks is only a matter of time, and in the medium term, it is heading towards 10,000 dollars, many analysts agree.

In the process, more and more popular voices are also being raised that ascribe a golden future to cryptocurrencies in general. For example, ex-NYSE president Thomas Farley recently reiterated his interest in the digital currency world and spoke of cryptocurrencies as “the best-kept secret in the world”. Traditional banks, on the other hand, have already lost the battle against the crypto world.

“I think the cryptocurrency space is amazing right now, regardless of the press it’s been getting. I think it’s the best-kept secret in the world and maybe the history of financial markets,” the former president of the New York Stock Exchange said. “I’ll give you a statistic; Coinbase is the eighth largest exchange in the world today. If you ask the ordinary American, they would probably think it’s the biggest exchange in the world.”

Farley also commented on decentralised finance, or DeFi, as well as traditional finance. The volume of trading on the various decentralised finance applications is enormous, he said. Moreover, innovations coming out of the cryptocurrency ecosystem have been ignored for too long by Wall Street and especially traditional finance, he said. “DeFi exchanges are already turning over as much trading volume as Coinbase, if not more. So the industry is really exploding, but its competitors – the Wall Street banks that have dominated the market in all asset classes for several centuries – have just continued to ignore it anyway and ceded their power without a fight, allowing Coinbase to become an $80-billion company,” Farley clarified.

Cryptocurrency markets are here to stay, the former NYSE president is certain. With the Coinbase IPO in particular, the crypto industry has passed the “point of no return”. Crossing this critical point now makes the power shift between traditional banking and the crypto world irreversible.

One of the beneficiaries of the development is also the former fun currency Dogecoin. Launched in 2013, the digital asset is currently the fourth largest crypto asset by market value among some 9600 digital assets. One strong advocate is multi-billionaire and Tesla CEO Elon Musk. Over the weekend, however, Doge’s price had plummeted by almost 40 per cent from around 70 to as low as 42 US cents. Musk hosted the American TV show Saturday Night Live at the weekend and also made Dogecoin a predominantly humorous topic. This was not very well received by the market. Other meme coins, such as Shiba Inu or Akita Inu, are gaining traction as well and currently see huge increases in their coin value.

However, it is questionable, at the very least, if these trending tokens with no real purpose and real-life application will continue their growth. More and more government regulators are stepping in to oversee this newly developing asset class, and in the end, only those coins and tokens with real value and utility will b here to stay.