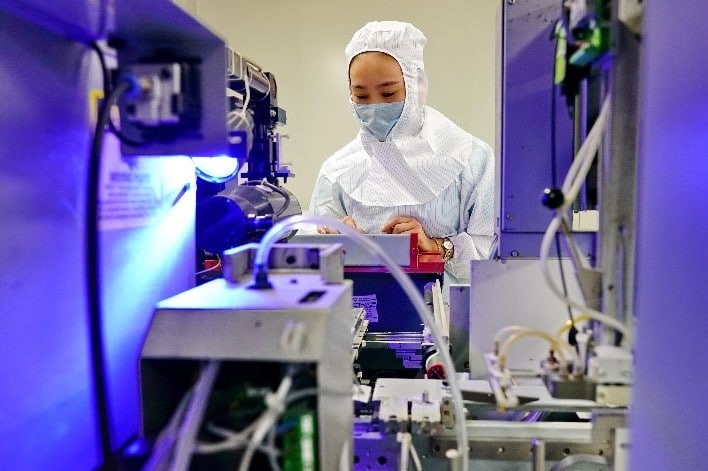 Chinese e-car manufacturer and Tesla competitor NIO has managed to deliver significantly more vehicles in June 2021 than in the previous month, despite the ongoing microchip supply crisis. In June, NIO delivered a total of 8,083 e-cars. According to the US broadcaster “CNBC”, the e-vehicle producer was thus able to break the 8,000 vehicle sales mark in one month for the first time.

However, after the poor May, NIO had announced, according to “CNBC”, that it would probably accelerate deliveries in the month of June to compensate for the delays in May. Therefore, the second quarter delivery target of 21,000 to 22,000 vehicles was reiterated. In fact, NIO was able to keep this promise and was at the upper end of its forecast, with 21,896 e-cars sold in the second quarter.

The Chinese e-vehicle manufacturer has also delivered over 41,900 units to consumers since the start of this year. After six months, this is already almost as many deliveries as in the entire previous year, when 43,728 e-cars were sold.

One of the ways NIO differs from its main competitor Tesla is that it relies on battery swap stations. Thanks to this “Power Swap Station”, NIO wants to make itself independent of the charging infrastructure, and for customers, there is no need for annoying waiting while charging.

Only last weekend, the space company of multi-billionaire Richard Branson made a splash with a space flight. Now, however, Virgin Galactic seems to need one thing first: Fresh money. Virgin Galactic may need fresh money. The company is said to have submitted a request for a capital increase of half a billion US dollars.

As a result, Virgin Galactic shares, listed on the NYSE, fell by 17.66 per cent to 40.51 US dollars. Earlier on Monday, gains of around 10 per cent had been indicated after Virgin Galactic CEO Richard Branson won the race with Amazon founder Jeff Bezos over the weekend to see which of the two would be first in space.

Daimler stops production due to a semiconductor shortage

Due to the worldwide supply bottlenecks for semiconductors, the car manufacturer Daimler has once again suspended production at its Sindelfingen plant. There have been repeated jams in recent weeks and temporary production stops at other plants and other car manufacturers. “It is currently not possible to forecast when the bottleneck will ease in the year,” the spokeswoman explained. “The situation continues to be volatile. We are driving on sight.”

The construction of the planned battery factory by Chinese manufacturer and Daimler supplier Farasis in Bitterfeld-Wolfen could once again come under scrutiny. The company stated today that it was revising its Europe-wide “localisation strategy”. This involves deciding which battery cells will be produced where. The company did not answer any questions about how the construction of the planned factory in Saxony-Anhalt could be delayed or whether the plant’s construction could be cancelled. It only said that Bitterfeld was still part of “potential localisation strategies”. More details on the revised strategy will be given within the next six weeks.

The “Handelsblatt” had reported that the project in Bitterfeld might not come to fruition, or at least that construction would be delayed by about two years until autumn 2024.

After the Corona limits caused a drop in aviation traffic, Ryanair, the Irish airline, plans to hire 2000 pilots in the next three years. On Monday, the business stated that it is primarily seeking junior employees. Vacant captain positions will be filled primarily internally. Training courses are to begin this year. The procurement of more than 200 Boeing 737s of the current generation serves as the backdrop for the new appointments. By 2024, Ryanair hopes to have fully recovered from the Corona incident. By then, the low-cost airline intends to break the 200 million passenger mark annually.

On the London Stock Exchange, Ryanair shares fell by 1.46 per cent to 16.05 euros on Monday.