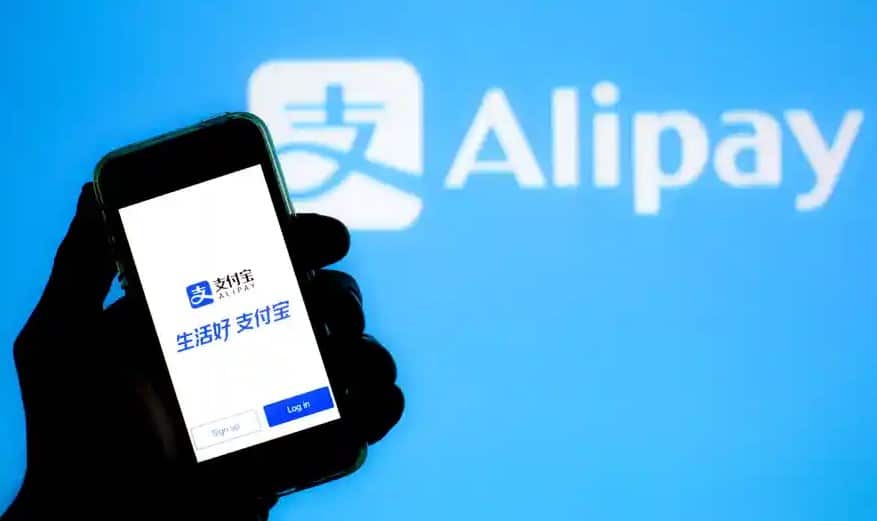 China continues to tighten the thumbscrews on its tech industry. The government in Beijing wants to break up fintech group Ant Group’s highly profitable payment app AliPay and create a separate platform for the company’s credit business, the Financial Times newspaper wrote on Sunday. The plan also requires Ant to hand over the user data underlying its credit decisions to a new credit-scoring joint venture. The joint venture is partly state-owned, the newspaper reported, citing two people familiar with the matter.

The move is part of a series of measures by Chinese authorities to tighten their oversight of many industries, from technology to education. The move is intended to strengthen control over the economy and society after years of rapid growth.

Ant was already targeted by regulators last autumn: China’s authorities thwarted its planned IPO, thereby burdening its parent company Alibaba. Just two days before the planned kick-off on the Shanghai and Hong Kong stock exchanges, the financial regulator criticised Alibaba founder Jack Ma, saying that the disclosure requirements would probably not be met due to changes in regulations. Shortly before the finish line, the world’s largest IPO of China’s industry leader in mobile payments, worth more than 37 billion dollars, fell through.

After the stock exchange closed, SAP’s competitor presented its quarterly figures. It became clear that the fierce competition in the cloud business was taking its toll on the company. The US enterprise software provider announced on Monday evening that turnover from June to August had risen by 4 per cent to 9.73 billion dollars. The SAP competitor, like Microsoft, Amazon and Salesforce, is benefiting from the trend towards flexible working, which is increasing demand for cloud and data centre storage. However, Oracle entered the cloud race late and needs to catch up to play in the top league. While many rivals have seen their revenues in the sector soar by double-digit percentages quarter after quarter, Oracle saw its cloud division grow by six per cent to $7.37 billion in its first fiscal quarter. In an initial reaction, the share price fell by a good three per cent in the after-hours trading.

Frankfurt Airport announced that it has more than doubled the number of passengers handled in August to around 3.37 million compared to last year’s weak same month. The increase was 122.9 per cent, according to the airport operator Fraport. Tourist traffic to European destinations was the main contributor to the recovery, while intercontinental traffic remained at a very low level due to ongoing travel restrictions.

Compared to August 2019, passenger traffic in Frankfurt was almost half of the pre-crisis level again. Cumulatively over the first eight months of the current year, passenger traffic was around 12.7 million, down 15.3 per cent on the same period in 2020 and down 73.2 per cent in 2019.

Cargo volumes increased again, posting a significant 13.3 per cent rise to 182,362 tonnes (up 5.3 per cent compared to August 2019), Fraport added. The positive development in passenger numbers also continued in the international portfolio. The majority of Group airports achieved significant increases of over 100 per cent in some cases compared to the heavily reduced air traffic in August 2020. Compared to the same month in the year 2019, the Group airports continued to record mostly declines.

Takeover worth billions in the US software sector

As expected, US software company Intuit is taking over email marketing service provider Mailchimp. Intuit will pay around 12 billion US dollars in cash and shares for the takeover of the privately held company, as the company announced on Monday in Mountain View (California).

The news agency Bloomberg had already reported on an imminent deal. Intuit expects the deal to close by the end of the second fiscal quarter of 2021/2022 (end of January). Both companies focus primarily on smaller corporate clients. US-based Intuit is known for its QuickBooks accounting software and TurboTax tax preparation programme, among others. The acquisition of Mailchimp is the largest in the company’s history. Mailchimp had put itself in the shop window for a possible sale.