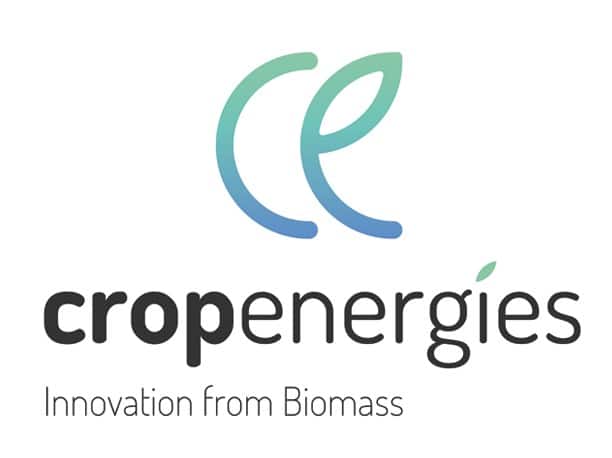 At the biofuel producer CropEnergies, higher raw material costs and increased energy prices weighed on earnings in the second quarter of the 2021 financial year. Profits more than halved to € 14.7 million in the reporting period from June to the end of August, the Südzucker subsidiary announced in Mannheim on Wednesday. In the previous year, the company had reported around € 31.5 million. CropEnergies had already presented its first key data for the past quarter in mid-September and raised its targets for the year. As already announced, CropEnergies generated sales of around 249 million euro in the second quarter, a good 9 per cent more than a year earlier. Operating profit, however, shrank by almost half to 23.3 million euro due to higher raw material and energy prices.

The Mannheim-based company confirmed its recently raised annual targets. Accordingly, the Südzucker subsidiary is aiming for a turnover of 970 million to 1.01 billion euros in the current financial year (March to the end of February). Operating profit should be between 65 and 90 million euro and earnings before Ebitda between 105 and 135 million euro. In the previous year, the company had reported revenues of 833 million euros, an operating profit of 107 million euros and Ebitda of about 148 million euros.

The significant increase in energy prices and thus the uncertainty about the predictability of the business development at the biofuel producer CropEnergies spooked investors on Wednesday. After the share had jumped by around 10 per cent last week for no apparent reason, it went down sharply after the final figures for the second business quarter were presented.

At times, the share lost 11.48 per cent to 11.10 euros. At the start of trading, it slipped below the 21-day moving average, which signals the short-term trend of the share to investors interested in the chart. The 200-day line for the longer-term trend, which runs at around 11.20 euros, is still providing support. This means that the share can still hold on to some of its gains since the announcement of the preliminary quarterly figures and the increase in forecasts in mid-September.

Deutsch Bank defends itself against the claim

The institute intends to defend itself against a claim by the Spanish hotel group Palladium for losses on risky currency derivatives. “Palladium’s claim is baseless, and we will defend ourselves vigorously against it,” the bank said. Palladium had extensive experience as an investor in the use of derivatives.

The Financial Times had previously reported that the hotel chain was suing the financial institution for 500 million euros in damages related to the sale of foreign currency derivatives. Palladium operates a total of 50 hotels in six countries. According to the newspaper report, the lawsuit was filed in London last month. Investors took flight first, sending the big bank’s stock to the bottom of the DAX with a loss of 3.53 per cent to $10.97.

SAP gained further ground in the past quarter thanks to the strong demand for cloud software. The licencing business also did not develop as badly as experts had feared. As a result, SAP CEO Christian Klein was again able to slightly raise the annual forecasts of the DAX heavyweight with the surprisingly presented preliminary figures last night.

Because the software for use over the network continues to find favour with customers and Klein’s new product initiatives are also bearing fruit, SAP was able to increase sales by 5 per cent to 6.84 billion euros compared to the weak quarter of the previous year. The cloud business grew by a fifth.

At the start of trading, the share jumped back above the 21-day line, which signals the short-term trend to investors interested in the chart. It shot up to just below the 50-day line for the medium-term trend, currently at 122.80 euros. Most recently, the stock was one of the DAX leaders, gaining 3.90 per cent to 121.50 euros.

At the European car company Stellantis, the dismantling of the German subsidiary Opel apparently continues. According to staff information of the works council, employees of the development centre in Rüsselsheim had been threatened in staff talks to transfer their tasks to Morocco for cost reasons. They were told to look for a new job. Previously, the newspapers of the VRM Group and the “Wirtschaftswoche” had reported. The company did not initially comment on the information on Wednesday.

Last week, Stellantis planned to spin off the two production plants in Rüsselsheim, and Eisenach from Opel Automobile GmbH had become known. IG Metall has announced protest actions for 29 October. The threatened break-up serves the sole purpose of weakening the successful co-determination in Germany, said Opel works council head, Uwe Baum. The former General Motors subsidiary Opel was taken over by the Peugeot parent PSA in 2017. This year, PSA merged with Fiat-Chrysler to form the Stellantis Group, based in Amsterdam.