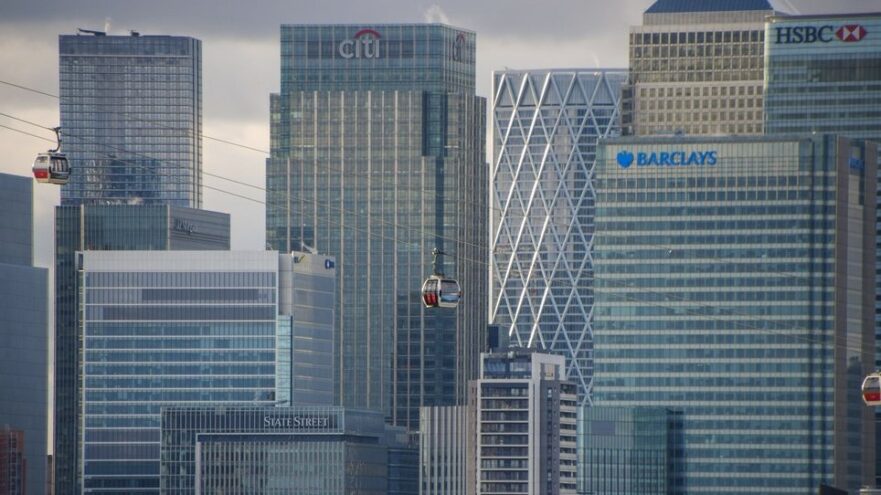 Shares in investment bank Goldman Sachs gained over 4 per cent today and have gained almost 60 per cent in the past six months. A boom in securities trading and capital markets business has brought the US investment bank Goldman Sachs, the highest quarterly profit in its history at the beginning of 2021. The bottom line in the first quarter was a surplus of around 6.7 billion US dollars. A year earlier, Goldman Sachs had earned only 1.1 billion dollars, mainly due to high provisions for possible loan losses in the corona crisis. This time, business was booming in investment banking, stock trading and fund division.

Reduced fear of loan defaults has given the largest US bank, JPMorgan Chase, a surprisingly high jump in profits in the first quarter. At 14.3 billion US dollars, the surplus was about five times as high as a year earlier, as the bank announced in New York on Wednesday. This was mainly because the bank released provisions for endangered loans in the billions because of the recovery of the USA’s economy. In addition, earnings increased thanks to a boom in the trading business strongly. Over six months, the share price has risen by more than 50 per cent, and today investors are taking profits.

Wells Fargo multiplied its profits at the beginning of the year despite the continuing burden of low-interest rates. On balance, the institution earned 4.7 billion dollars in the three months to the end of March. Wells Fargo’s balance sheet now benefited greatly from the fact that billions of dollars in provisions, which were set up as a safety buffer during the crisis, could be reduced considerably due to the improved economic situation. Wells Fargo’s day-to-day business continued to be subdued; low-interest rates, in particular, are squeezing the bank’s margins, which, unlike the capital market-heavy investment banks, mainly conduct traditional lending business. The figures were nevertheless above expectations so that the share is currently rising by well over 5 per cent.

The crypto exchange Coinbase has caused a sensation with its initial public offering on the NASDAQ. The company listed 114.9 million shares on the US tech exchange on Wednesday, with the shares starting at an initial price of 381 US dollars. The previously set reference price had been 250 US dollars. After the share price rose to 429 US dollars in trading and then fell back slightly, it finally gained 31.31 per cent on its first day of trading and exited at 328.28 US dollars.

Coinbase has chosen a good time for its SPAC IPO – investor sentiment is currently quite positive on both the crypto and the stock market. The company, whose shares will now be traded under the abbreviation “COIN”, is benefiting greatly from the crypto hype and has seen a massive increase in its valuation in recent months.

As the only crypto company in the NASDAQ stock exchange segment, Coinbase could benefit from an enormous influx of investor money in the future. Coinbase’s business development has also been convincing so far, as the crypto exchange is profitable.

With the increasing competition in the cannabis industry, more and more mergers and acquisitions are taking place: Tilray and Aphria have already joined forces, and HEXO has decided to take over Zenabis. Now the takeover wave has also spilt over to Canopy Growth. As the marijuana company announced, The Supreme Cannabis Company will be acquired.

It was decided between the two companies that Canopy would buy all of the issued and outstanding Supreme shares, roughly equivalent to a sum of 435 million US dollars. Supreme shareholders will receive 0.01165872 shares of Canopy stock, and US$0.0001 in cash for each Supreme Cannabis share they own.

Canopy hopes to gain several advantages from the merger. For example, the company’s leading position in the Canadian market for recreational cannabis use will be strengthened, and its market share increased. Canopy Growth would benefit, in particular, from Supreme’s premium offering, with the 7ACRES brand being highlighted in particular. The fact that Supreme’s production facility can now be added to Canopy’s capacities is also seen as a success. The plant is cost-effective and scalable. Besides, Canopy’s acquisition presentation states that the marijuana producer estimates that it will save 30 million US dollars within the next two years through cost synergies. Finally, the company says the acquisition positions it well for future growth.

However, before the takeover is signed and sealed, two-thirds of Supreme’s shareholders still have to agree, and the green light also has to be given by the authorities. If both hurdles are cleared, the transaction is expected to be completed by the end of June 2021.