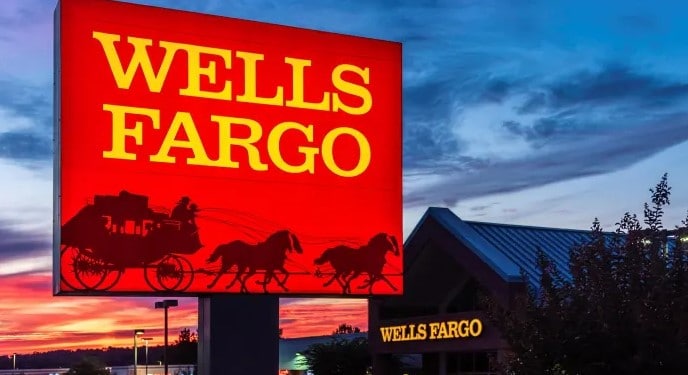 Wells Fargo with profit in the billions

A year ago, high provisions for impending loan losses in the corona crisis had caused a loss of 3.8 billion dollars. Given the recovery from the situation and an improved economic outlook, Wells Fargo was able to reverse a substantial part of this, which benefited the balance sheet.

Although lending to consumers and businesses fell significantly and the business is currently not very lucrative due to low interest rates, Wells Fargo increased group-wide earnings by about 11 per cent to 18.3 billion dollars. This was due to lower costs and strong investment banking, where revenues boomed, not least because of the many IPOs on the US capital market. By the end of trading, Wells Fargo shares had climbed 4.05 per cent to 44.98 US dollars on the NYSE.

Valuation in the billions for HomeToGo

Holiday home marketplace HomeToGo is raking in a billion-euro valuation in its IPO via a shell company. The planned merger with IPO vehicle Lakestar Spac values the Airbnb competitor at an equity value of 1.2 billion euros, the companies said in Luxembourg. The deal is expected to close in the current third quarter, they said. Plans for such a deal had already been made public by the companies at the beginning of June.

Lakestar CEO Klaus Hommels had raised 275 million euros for 27.5 million Lakestar-Spac shares via a direct placement with institutional investors in February. Shortly afterwards, the shares were listed on the Frankfurt Stock Exchange. In the first few days of trading, the share price rose to 12.32 euros but is now hovering around the issue price of 10 euros.

The major US airline Delta Air Lines expects to be in the black in the second half of the year after surprisingly good business recently.

In the second quarter, the company made a profit of 652 million US dollars thanks to the growing demand for tickets. However, the company also benefited considerably from billions in aid from a government programme to save jobs. Without special effects, the bottom line would have been a loss of 678 million dollars, as Delta Air Lines announced in Atlanta on Wednesday. Analysts had presumed a larger loss.

Delta chief executive Ed Bastian said ticket demand from private customers on flights within the US has already returned to pre-crisis 2019 levels. “We are in a full recovery of our business,” he told news channel CNBC.

There are also positive signs for business travel and international flights, according to Bastian. In the current quarter of the year, Delta’s flight supply is expected to be only 28 to 30 per cent lower than in the third quarter of 2019. However, in terms of revenue, the gap is likely to be slightly wider at 30 to 35 per cent. Last year’s quarter, Delta posted revenue of $7.1 billion, down about 43 per cent from the same period in pre-Corona 2019, and flight supply was 32 per cent lower.

Citigroup strongly increased its profit in the second quarter and exceeded analysts’ expectations. Like its Wall Street peers, Citi benefited from the fact that it was able to release some of the provisions for impaired loans set aside at the height of the crisis. However, revenues fell, partly due to weaker bond trading.

Citigroup posted a net profit of 6.2 billion US dollars from April to June, compared to 1.1 billion in the same period last year. It posted a $2.4 billion reversal in loan loss provisions. Earnings per share were $2.85, well above the Factset analyst consensus of $1.97.

A brighter economic outlook helped Bank of America’s second-quarter profit jump. Net income jumped 173 per cent to $8.96 billion from April to June, the institution said on Wednesday. The bank benefited from releasing billions of dollars in loan loss provisions already set aside as the economic outlook brightened. On the other hand, earnings fell to 39 billion US dollars, while costs rose at the same time. Revenues fell by 4 per cent to 21.5 billion dollars. In the bond business, earnings slumped by 38 per cent, in equity trading by 33 per cent.

Costs at Bank of America rose by 12 per cent to 15 billion dollars in the quarter under review. Among other things, this was due to higher salaries and bonuses for employees.