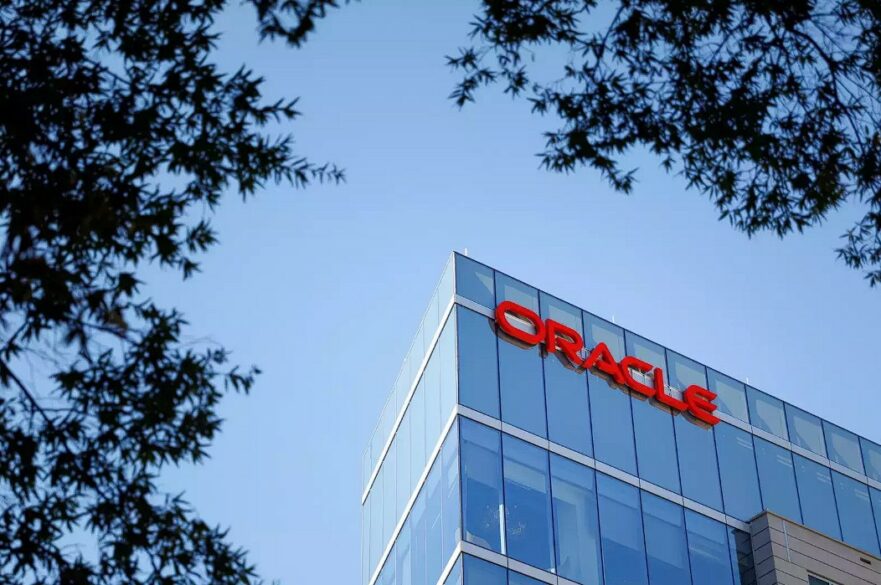 Oracle continues to benefit from the cloud boom

The strong cloud business with IT applications and storage space on the internet continues to bring SAP rival Oracle significant revenue growth.

In the three months to the end of May, revenues rose eight per cent year-on-year to 11.2 billion dollars (9.2 billion euros), the company announced on Tuesday after the US stock exchange closed. Below the line, Oracle earned 4.0 billion dollars, around 29 per cent more than a year ago. In addition to the cloud services, the licensing software business also ran smoothly. Although the quarterly figures were above analysts’ expectations, the share price initially slipped lower to 79.64 US dollars in the after-hours trading.

Hydrogen shares are a hot potato. In the past year, the shares have soared, only to fall again quickly. However, according to the Canadian bank RBC, there is not only hot air in the sector but also considerable potential. Therefore, analyst Erwan Kerouredan has given Norwegian NEL ASA an “outperform” rating and a price target of 27 Norwegian kroner.

Kerouredan justifies his positive assessment with the enormous growth potential. The company, founded in 1927, is the clear market leader in the field of green hydrogen. Moreover, the plans of the European Union for the environmentally friendly production of hydrogen played into the Norwegians’ hands. The analyst emphasises that from currently less than one gigawatt, a multiplication of the capacity to 40 gigawatts by 2030 is planned.

If the Norwegian plant manufacturer, which specialises in the production, storage and distribution of hydrogen as an energy carrier, were to secure only five per cent of the total market by 2030, this would mean a growth in Nel’s installed capacities by a factor of 46, the analyst calculates.

Given this outlook, the Corona impact on the business pales into insignificance. According to Kerouredan, these were the main reason for the decline in operating profit (Ebitda) in the 2020 financial year. At the current level, the analyst considers the risk-reward ratio to be favourable again and trusts the share to outperform.

With an “outperform” rating, the analysts at RBC Capital Markets expect the shares to outperform the industry average on a twelve-month horizon significantly. In Oslo, the NEL share rose by 0.89 per cent to 17.66 Norwegian kroner by the end of trading, while most other hydrogen stocks, such as Fuel Cell, Plug Power or Ballard Power, slipped into the red.

Solid-state battery start-up Solid Power, co-financed by carmakers BMW and Ford, wants to get listed on the US stock exchange Nasdaq via a merger with a financial vehicle.

In the deal, Solid Power will merge with the exchange shell DCRC (Decarbonisation and Acquisition Corporation) and raise additional funds of around 650 million US dollars upon closing, Solid Power announced on Tuesday in Louisville (US state of Colorado). The company’s value, including debt, would then be around 1.2 billion US dollars. BMW and Ford had led a financing round with the company at the beginning of May, in which around 135 million dollars went to the solid-state battery specialist.

The deal is expected to go through in the fourth quarter. DCRC is a so-called SPAC (Special Purpose Acquisition Vehicle) – a company that was brought to the stock exchange only for the purpose of later buying out another company. It is currently still owned by the financial investor Riverstone.

Experts believe that solid-state batteries have a good chance of replacing the current lithium-ion battery technology in electric cars in a few years and then offering more range and faster charging. Volkswagen (Volkswagen (VW) vz) is working on this technology with the US company QuantumScape.

Walgreens Boots Alliance will have its products delivered by Uber Eats in the future. According to the drugstore chain, the two companies have entered into a cooperation for daily delivery. The delivery service is available for 7,800 shops in the USA.

The Deutsche Bank wants to become more powerful in the fight against financial crime through a new internal setup. Above all, the areas of risk assessment, quality control and transaction monitoring will be strengthened, Germany’s largest financial institution said in an email to staff on Tuesday. “I am aware that there is still a lot of work ahead of us, also because we do not yet meet the requirements of the regulators everywhere,” said Chief Legal Officer Stefan Simon, who has also been in charge of compliance and the fight against financial crime at the Frankfurt-based DAX group since May.

The German financial regulator BaFin had only recently urged Deutsche Bank to make more efforts to fight against money laundering. The bank must “take further appropriate internal security measures (…) and comply with due diligence obligations”, the Federal Financial Supervisory Authority (BaFin) demanded at the end of April. The authority supplemented the mandate of its special representative appointed at Deutsche Bank in 2018.