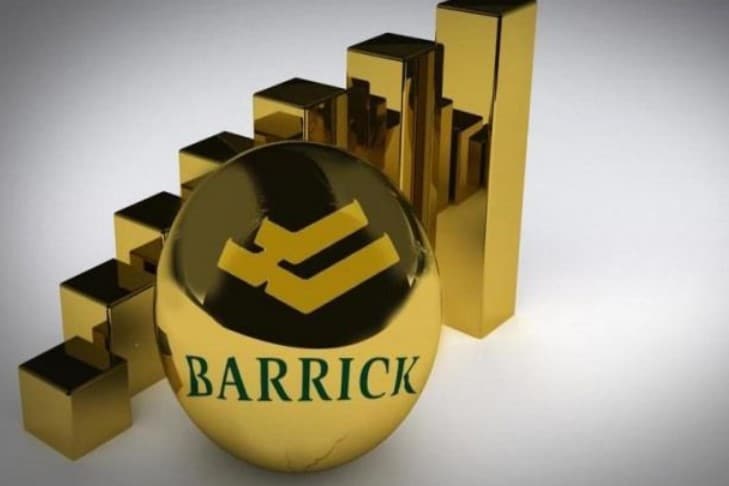 After being in a downward trend for months, the gold price was recently able to stage a slight recovery. Barrick Gold CEO Mark Bristow is now optimistic and expects a further rise in the shiny precious metal price.

Since the beginning of August last year, the gold price had been in a downward trend. On 8 March, it even fell to its lowest level in nine months with a price of 1,677.10 US dollars per troy ounce. Since then, however, the shiny precious metal has recovered somewhat. Nevertheless, it is currently down almost 9 per cent for the year – one troy ounce costs presently 1,732 US dollars.

Mark Bristow, CEO of Barrick Gold, was recently bullish about further developing the gold price in the Prospectors & Developers Association of Canada’s (PDAC) “Profits with a purpose” talk with Evy Hambro, Managing Director of BlackRock’s Active Equity Group. According to Bristow, investors are currently rushing into assets with no real value, as KITCO reports. With a critical eye on cryptocurrencies, in particular, he explained: “Everyone is so desperate. They are not sure how things will work out. They are buying things that have no inherent value in the market. We saw this exuberance in 2009-10, and then came the big crash.” The gold expert also compared the current situation in the market to that in 2008, “[…] when the market hoped everything would go back to normal but didn’t know the full damage yet”. But in contrast to 2008, there is now a clear “exuberance” in the market: “The liquidity that was provided between 2009-11 was trapped in the banks. This time it has arrived in the market,” Bristow made clear in the interview.

As was the case back then, some 13 years ago, these developments should support the precious metal price this time around, and the Barrick Gold CEO expressed confidence. “We have seen an initial rise in the gold price; another one will come.”

Frankfurt airport operator Fraport was hit deep in the red last year by the slump in business and thousands of job cuts. The MDAX-listed company announced a bottom-line loss of almost 658 million euros after a profit of around 421 million euros a year earlier. CEO Stefan Schulte also predicts red figures for the new year. This year, he expects fewer than 20 to 25 million passengers at Germany’s largest airport, less than anticipated in autumn last year.

eToro also wants to use SPAC to go public

The investment and social trading platform eToro wants to go public with the help of a still empty shell company.

The transaction will value the company at 10.4 billion dollars, eToro announced in New York on Tuesday, confirming a Bloomberg news agency report. In the course of the merger, eToro and the financial vehicle FinTech Acquisition Corp V intend to raise 650 million dollars through the issue of new shares – these are to be placed with large institutional investors such as Ion Investment or the Softbank Vision Fund 2. After the merger, the previous eToro owners still hold 91 per cent.

According to its information, eToro was founded in 2007 and, thanks to recent rapid growth, has reached around 20 million registered users. Just like its US rival Robinhood, eToro focuses on not collecting any commission on trades. eToro earns from the so-called spread on the purchase price, while its US competitor sells data on the shares traded by private investors to institutional investors such as hedge funds.

The SPAC FinTech Acquisition V was recently launched and listed by former bank manager Betsy Cohen. The securities have been listed on Nasdaq since January. The price had remained at the same level as the issue price until the eToro transaction announcement. On Tuesday, SPAC’s share price rose by up to a third to 14.17 US dollars. The stock market value of the financial vehicle thus amounted to around 470 million dollars.

Network equipment producer Nokia plans to slash costs by cutting up to 10,000 jobs. The restructuring is expected to permanently reduce costs by 600 million euros by the end of 2023, the group announced in Espoo on Tuesday. In this context, expenses of around 600 to 700 million euros would be incurred by 2023, about half in the current year. In the next 18 to 24 months, only 80,000 to 85,000 of the existing 90,000 employees will remain. The exact number would depend on the development of the sales markets in the next two years. Parallel to the job cuts, Nokia wants to invest more money in research and development around 5G, digital infrastructure and cloud services.

The EuroStoxx group has recently had to cope with a slowdown in demand. As has been known since February, chief executive Pekka Lundmark expects revenues to remain stable at best in 2021 because the demand for upgrading mobile networks to the faster 5G data radio is likely to weaken, especially in North America. The margin target for operating profit is 7 to 10 per cent on a comparable basis. The company confirmed the outlook this Tuesday. More details on the strategy will be presented by management this Thursday, 18 March, at a capital markets day.