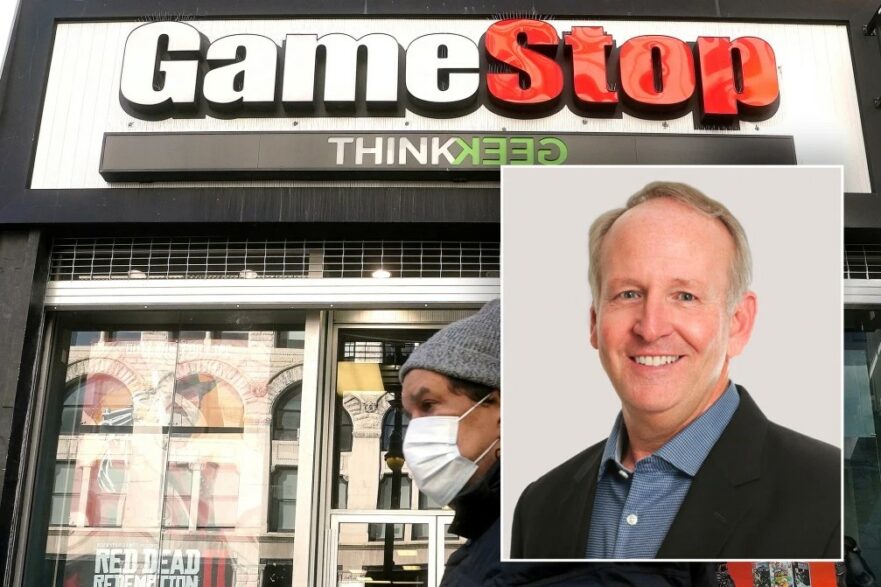 Incumbent George Sherman will step down at the end of July at the latest, the Texas-based company announced on Monday. Sherman has held the top job since April 2019. Great successes have not marked his tenure, and he has been criticised for some time.

The search for a new chief executive is already underway. GameStop had recently announced in a strategy update that it wanted to say goodbye to the business model of a classic retail chain for computer game supplies. Instead, the company is to become a tech company for online gamers. Appropriately, GameStop had already hired Jenna Owens, a tech veteran who had already worked for internet giants Google and Amazon, as the new executive in charge of day-to-day operations in March.

GameStop had made headlines at the beginning of the year due to a speculative battle on the stock exchange. The company was actually in crisis but driven by small investors organised on the internet, and the shares had staged a breathtaking rally. This, in turn, caused enormous losses for hedge funds that we’re betting on a drop in the share price. In January, the share price reached a record high of over 483 dollars. The last price was 155 dollars, which still represents a price increase of more than 700 per cent since the start of this year.

The announcement was well-received by investors, with GameStop shares rising 8.05 per cent to $167.14.

K+S: no more salt business in the USA

According to the company, nothing stands in the way of the billion-dollar sale of the salt business in the USA. After the US Department of Justice confirmed the green light for the takeover by the US holding company Stone Canyon Industries subject to conditions, there is no more antitrust hurdles insight, K+S explained. The completion of the sale for 2.5 billion euros in cash was thus “overwhelmingly likely” in about two weeks. According to the Justice Department, Stone Canyon, which also owns US Salt, will have to sell its evaporated salt business as part of the takeover.

The Kassel-based company urgently needs the money to reduce its debt. Production problems in Germany due to a lack of wastewater disposal facilities and a slump in the global fertiliser market have been challenging for the company. Given the sluggish business and high debts, the management of K+S had examined various options and then decided in March 2020 to sell the South and North American salt business. The share price rose significantly after trading hours.

Coca-Cola remains under pressure despite its high consumption at home, as its out-of-home business remains weak due to the pandemic. The group maintained its outlook for the year with minor adjustments.

Profit in the January-March period fell to $2.25 billion from $2.78 billion in the same period last year. Adjusted earnings per share resulted in 55 cents, 5 cents more than analysts had expected in the Factset consensus.

Revenue rose 5 per cent to $9.02 billion, thanks to an equal increase in concentrate revenue, while analysts had expected $8.68 billion. The company lost share in non-alcoholic finished beverages by value, Coca-Cola said.

Car manufacturer BMW earned more in the first quarter than in the same period last year and exceeded market expectations. According to the DAX-listed group, it benefited from higher sales in all world regions, especially China, and across all brands. In addition, a positive mix and price effects and a likewise high demand for used cars contributed to the good result.

According to preliminary figures, EBIT in BMW’s Automobiles segment rose to €2.24 billion from €229 million in the same period last year. The EBIT margin in the segment climbed to 9.8 per cent from 1.3 per cent.