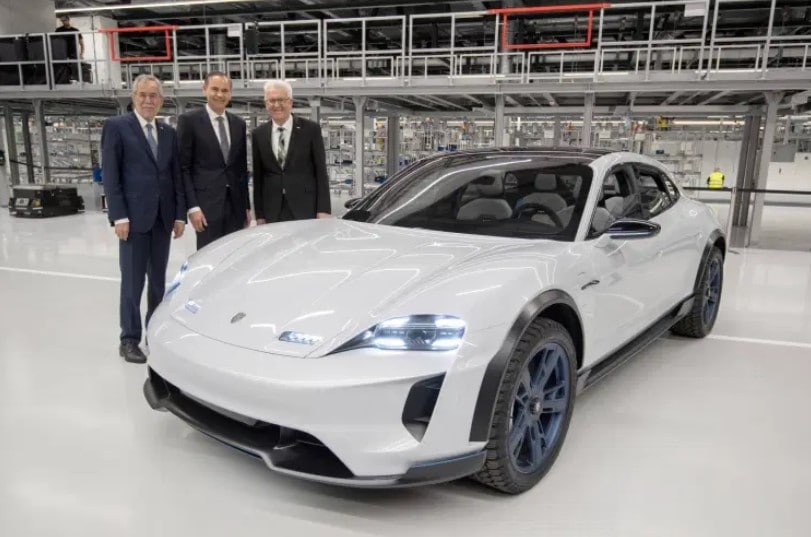 The recovery in the automobile markets and especially at the Volkswagen Group has also ensured rising profits at the holding company Porsche Automobil Holding SE. In the first quarter, the holding company, which is controlled by the Porsche and Piëch families, recorded a net profit of 995 million euro, as the MDAX-listed company announced in Stuttgart on Wednesday.

Porsche SE’s profit is significantly influenced by the business of the VW Group, which generated an investment result of 1 billion euro, compared to 108 million euro a year ago – an almost tenfold increase. Porsche SE holds a good 53 per cent of the voting rights in VW and more than 31 per cent of the capital shares.

The Nuremberg-based Linux software provider SUSE made its first start in Frankfurt trading on Wednesday. In Frankfurt trading, the SUSE share started at an initial price of 29.50 euros. Previously, the issue price had been set at 30 euros, which was at the lower end of the issue range of 29-34 euros. In the end, the share closed at 30.00 euros in a generally weak overall market.

The stock had initially gone on a downward slide in the morning, as it followed a crash to below the 27 euro mark to 26.665 euros. However, the recovery followed quickly, even though the high of just under 30.70 euros could not be held.

At the IPO, the software provider from Nuremberg had put a total of 37.3 million shares into circulation, which brought the company a valuation of over five billion euros. The proceeds from the IPO, which amount to 1.12 billion euros, end up for the most part in the coffers of the Swedish financial investor EQT, which has already been part of SUSE for three years. Even after the IPO, three-quarters of the software provider is still in the hands of the investor.

In the run-up to the IPO, SUSE CEO Melissa Di Donato explained that the IPO gives the company “the strategic and financial flexibility with which we can secure our long-term independence”. Specifically, the fresh funds could be used to pay down debt, but Di Donato said acquisitions were also possible to drive growth. She added in the IPO prospectus: “We look forward to growing our investor base as we take this next step in our journey.” The SUSE chief said she subscribed for more than eight million euros worth of shares during the IPO Reuters reported.

EQT stated at the time that it intended to sell its shares at the IPO but also to remain the largest shareholder: “We are more convinced than ever of the long-term potential of the company,” said EQT partner Johannes Reichel. In the IPO prospectus, SUSE had already announced that Capital Research Global Investors and GIC Private Limited had also agreed to subscribe to shares for up to 360 million euros.

The emission was carried out by the US investment banks Bank of America and Morgan Stanley. Other banks, such as Deutsche Bank, Goldman Sachs, Jefferies and JPMorgan, also provided support.

Internet giant Google and Samsung are teaming up in the computer watch business to compete with market leader Apple and its Apple Watch. Samsung will no longer equip its following smartwatches with its Tizen operating system but will switch to Google’s Wear OS platform. At the same time, Wear is to be further developed into an overarching system with Tizen elements, as the partners announced on Tuesday at the Google I/O developer conference. Wear OS is an offshoot of the dominant smartphone system Android for computer watches.

Deutsche Börse aims to deliver another successful year despite declining sales revenue and profits in the first quarter. “We still have operating leeway,” emphasised Group CEO Theodor Weimer at the DAX Group’s online Annual General Meeting on Wednesday. Even if the markets develop worse than expected, provisions have been made.

Last year, Deutsche Börse had benefited from brisk trading on the financial markets during the initial phase of the Corona crisis, especially in the first quarter. Net revenue increased by 9 per cent to 3.2 billion euros compared to the previous year. Profit, adjusted for special effects such as expenses for acquisitions and Group restructuring, also rose by nine per cent to 1.2 billion euros.

For the past financial year, shareholders will receive a dividend of three euros per share, which is ten cents higher. “I am aware: given our strong year in 2020, we could also have paid out a little more in dividends,” Weimer admitted. “But we also need money for further growth through acquisitions.”