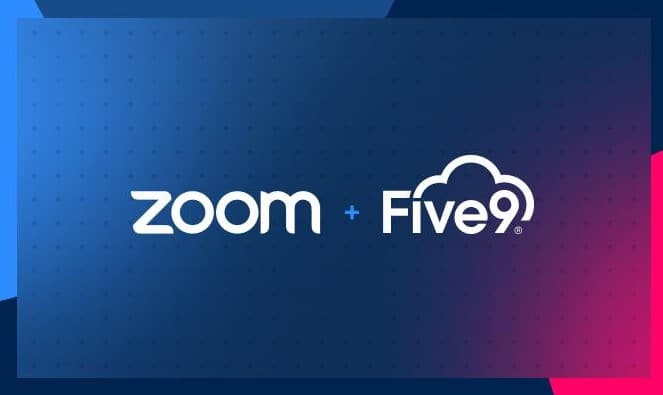 The video conferencing service Zoom wants to broaden its base with its largest acquisition to date. Zoom Video Communications is making its biggest acquisition yet as it looks to expand its business beyond video conferencing. The Corona winner is buying a specialist in cloud-based call centres. Zoom uses its shares, which have risen sharply in the corona crisis, as acquisition currency to pay the $14.7 billion purchase price.

The combination of the two companies is intended to transform the way companies communicate with their customers; Zoom announced when the deal was announced on Monday night. Five9’s customers include well-known companies such as sporting goods providers Under Armour and Lululemon.

Five9 shareholders are to receive 0.5533 Zoom shares for one share. One share of Five9 is thereby valued at 200.28 dollars; on Friday, the paper closed, trading at 177.60 dollars. Shareholders still need to approve the deal. Zoom hopes to close in the first half of 2022. Zoom itself has been listed on the stock market since April 2019. The valuation at the time of the IPO was just nine billion dollars. But the papers were in demand from the start, and the Corona pandemic has accelerated the flight to the top. Zoom now has a market capitalisation of almost 107 billion dollars.

Zoom had entered a new league with the corona crisis. The company was initially supposed to provide video conferencing for companies. During the crisis, however, it was not only corporate use that increased: Private individuals are also turning to Zoom for all sorts of occasions – from family reunions to yoga classes.

However, Zoom still earns its money in business with larger companies. This is also where the Silicon Valley company is focusing its efforts to expand its business. For example, Zoom wants to use its strong videoconferencing position to provide companies with telephony services. In conjunction with Zoom Phone, the Five9 deal is also expected to take effect. Further takeovers are the order of the day. A few weeks ago, for example, Zoom bought a start-up from Karlsruhe, Germany, to integrate a translation function into its video conferencing service.

Biotech group MorphoSys is increasing its share capital as part of the acquisition of US biotech company Constellation Pharmaceuticals, which specialises in cancer therapies, announced at the beginning of June.

The subscriber to the capital increase of 100 million US dollars is the US finance company Royalty Pharma, which financially supports MorphoSys in the multi-billion dollar acquisition. The new shares represent 3.9 per cent of the share capital, the MDAX-listed company announced on Friday in Planegg near Munich. The subscription rights of existing shareholders were excluded, it said.

“We are pleased that Royalty Pharma is participating in MorphoSys as part of the long-term strategic financial partnership that both companies entered into this year,” Chief Financial Officer Sung Lee commented on the capital measure. Royalty Pharma is paying 63.35 euros per share for the approximately 1.3 million new shares, representing a premium of roughly 12 per cent over Friday’s closing price.

The share purchase by Royalty Pharma is part of the financing agreement with MorphoSys for now completed acquisition of Constellation Pharmaceuticals. The agreement reportedly became effective upon closing the merger on July 15. Morphosys had announced the acquisition of Constellation Pharmaceuticals at the beginning of June, valuing the group’s equity at around 1.4 billion euros.

The European Commission has now confirmed its approval of €3.4 billion in aid granted by the Dutch state to airline KLM. “The European Commission has re-approved under EU state aid rules a €3.4 billion Dutch aid measure consisting of a state guarantee for loans and a subordinated state loan to KLM to provide the company with much-needed liquidity in the context of the coronavirus outbreak,” the authority said.

In May, the General Court of the European Union had handed down a ruling that overturned an earlier approval for the financial rescue package. The court argued at the time that the European Commission had failed to prove that earlier aid of €7 billion granted by the French state to Air France-KLM’s other subsidiary did not also benefit KLM. KLM is a subsidiary of Air France-KLM.