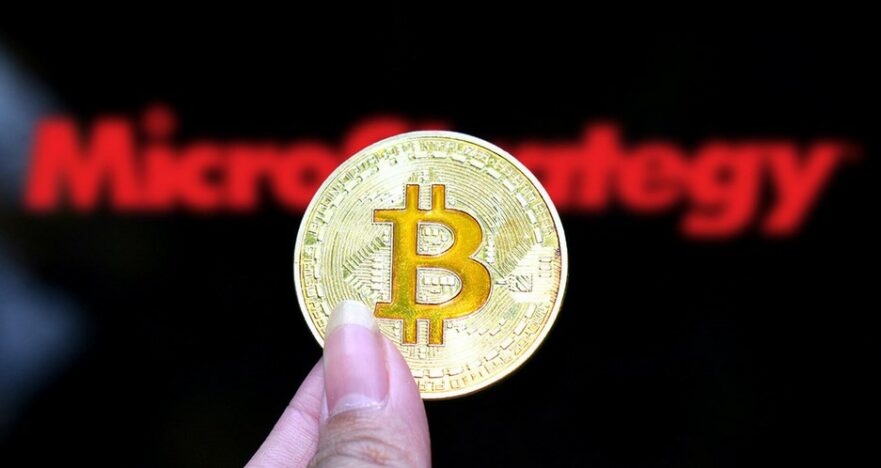 MicroStrategy continues to invest in Bitcoin

As recently as February this year, the US software company had invested around one billion US dollars in what is, to this point, the largest cryptocurrency by market capitalisation – convertible bonds were issued for this purpose. In mid-June, the tech company raised another 488 million US dollars – for the first time by selling corporate bonds – in order to be able to buy more Bitcoins, as it says in the corresponding press release: “MicroStrategy intends to use the net proceeds from the sale of the bonds to purchase additional Bitcoin”. The original plan had been to raise US$400 million, as announced by the company on 7 June. Then, on today’s date, MicroStrategy bought US$489 million worth of Bitcoins.

Previously, MacroStrategy LLC, a subsidiary set up by MicroStrategy specifically for this purpose, said it held 92,079 tokens – which is more than any other stock exchange-listed company – worth around US$3.2 billion. At the current Bitcoin rate, MicroStrategy acquired another 13,005 coins from the 489 million US dollars. The company now holds 105,085 Bitcoins.

Since all of the newly raised capital went into the purchase of Bitcoins, MicroStrategy’s share price is closely related to the development of the cryptocurrency. Some experts are therefore very critical of the US company’s strategy: “They (the 500 million US dollars) are being used to speculate on a highly volatile asset. Does MicroStrategy even have a business on its own anymore, or is it simply a proxy for Bitcoin – with borrowed money?” Bloomberg, for example, reproduces the words of Marc Lichtenfeld, chief income strategist at the Oxford Club.

Nevertheless, after the announcement that MicroStrategy raised almost 500 billion US dollars, the shares rose by over 15 per cent on the NASDAQ. Since the beginning of the year, MicroStrategy shares have increased by about 66 per cent. It remains to be seen, however, how the share will fare and whether MicroStrategy’s approach makes sense in the long term.

But Michael Saylor, CEO of MicroStrategy, is still not satisfied with this: it was recently announced that another billion US dollars are now to be invested in Bitcoin, as the CEO himself revealed on Twitter. To this end, the Bitcoin bull is considering selling shares in the company this time. The company applied with the US Securities and Exchange Commission (SEC) to do so. In the S-3 filing, MicroStrategy disclosed that it intends to issue “at-the-market” securities offerings that would allow it to sell up to $1 billion of its shares of “Class A Common Stock”. “We intend to use the net proceeds from the sale of Class A Common Stock offered under this prospectus for general corporate purposes, including the acquisition of Bitcoin, unless otherwise specified in the applicable prospectus supplement. We have not specified the number of net proceeds to be used specifically for any particular purpose,” the relevant securities prospectus states.

The software company’s stock then climbed to 630.54 US dollars by the end of trading, up more than 5 per cent from the previous day’s level.

The Internet investment company Prosus almost doubled its profit in the past financial year. The Amsterdam-listed subsidiary of the South African Naspers Ltd profited above all from its investment in the Chinese group Tencent.

Prosus NV posted a net profit of 7.45 billion US dollars in the financial year ending in March. Turnover rose by 54 per cent to 5.12 billion dollars. Earnings per share increased by 44 per cent to 2.99 dollars. Prosus itself had forecast a plus of 41 to 48 per cent.

Boston Dynamics, which became known for its walking robots, is now owned by South Korean carmaker Hyundai. Hyundai Motor announced on Monday that it intends to build a “robotics value chain” ranging from the production of robotic parts to intelligent logistics solutions.

Boston Dynamics is valued at $1.1 billion after the transaction, it said. Hyundai took over 80 per cent of the shares, and the previous owner, the Japanese technology group Softbank, will retain the remaining 20 per cent through a subsidiary.

Boston Dynamics has undergone several changes of ownership in recent years. First, the company was taken over by Google. But the internet company, which was increasingly targeted by competition watchdogs and critics of the technology industry, scaled back its robotics plans. Softbank bought Boston Dynamics from Google in 2017 – and at the time also had plans to focus more on robots. In the meantime, however, the Japanese company is streamlining its portfolio, among other things, after the billion-dollar investment in the office space provider WeWork.

Hyundai – together with its sister brand Kia – is in the process of transforming itself into a provider of “smart mobility solutions”. This included investments in future technologies, including self-driving cars, artificial intelligence, aerial vehicles for urban mobility and robots.