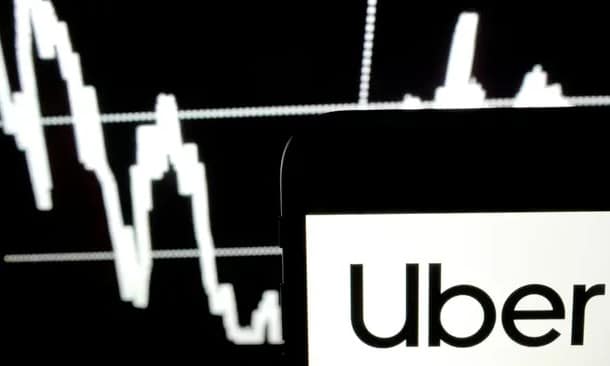 More than a decade after its founding, Uber is looking at its first operating profit – at least after deducting various costs. The ride-hailing company burned billions of dollars in its global expansion with the promise of profits later. Uber announced on Tuesday that it had now turned a profit on an adjusted basis before interest, taxes, depreciation and amortisation in July and August.

This means that the company is on course to break even in the quarter as a whole, said Nelson Chai, the company’s chief financial officer. At the same time, Uber is keeping a loophole open. The forecast for adjusted earnings for interest, taxes, depreciation and amortisation (Ebitda) in the current quarter has an unusually wide range between a minus of 25 million dollars and a plus of 25 million dollars.

“We are clearly on the path to profitability,” Uber chief executive Dara Khosrowshahi told TV channel CNBC. In the last quarter, the ride service provider had already posted a net profit of 1.1 billion dollars on the bottom line – but only due to the increase in value of investments, for example, in the Chinese ride service provider DiDi or the robot car developer Aurora. Without these effects, there would have been a minus of more than 700 million dollars.

In the corona crisis, Uber’s previous core business with ride services had plummeted; food deliveries became much more important as a second pillar of the business. Khosrowshahi reacted to the pandemic with cost-cutting measures, including the elimination of several thousand jobs. He also got out of the expensive development of his software for autonomous driving and handed the division over to Aurora.

A transatlantic takeover with a volume in the double-digit billions is in the offing among gambling and sports betting providers. The US company DraftKings wants to buy the British competitor Entain (formerly VGC) for about 20 billion US dollars, the TV channel “CNBC” reported on Tuesday without specifying further sources. The US company wants to pay for the transaction in cash and its shares.

In addition, the report of the US TV station also caused movement in other gambling shares. The shares of the Irish company Flutter, listed in the EuroSTOXX 50, temporarily rose by almost 3 per cent. In London, meanwhile, the shares of 888 gained around 6 per cent.

The papers of the potential buyer temporarily fell by 6.67 per cent to 53.23 US dollars on the NASDAQ. This gives Draftkings a market capitalisation of just over 21 billion dollars, making it worth little more than Entain. The British company with the brands Coral, Ladbrokes, PartyPoker, and Sportingbet has just over 24,000 employees.

The US group is much smaller and younger than the British provider, which came into being in 2004, but some of whose individual brands, such as Ladbrokes, look back on a long history. Draftkings was founded in 2012 and was listed on the stock exchange in April 2020 after merging with a financial vehicle (Spac).

Investors will have to wait longer for Aurora Cannabis to present its figures. Aurora Cannabis was supposed to open its books on Tuesday, 21 September, and report on the past fourth quarter and the full financial year. But on Monday evening, the company surprisingly postponed the presentation of its financial statements.

According to the company, both the figures for the fourth fiscal quarter and the balance sheet for the 2021 financial year will be postponed to Monday, 27 September. About a week later than initially expected, the related conference call for investors will also come. The conference will reportedly be led by Aurora Cannabis CEO Miguel Martin and Glen Ibbot, who serves as CFO. This means that investors will have to wait another six days to get a picture of the company’s business performance over the past few months, but they can submit questions in advance for the upcoming conference call.

Investors are likely to pay particular attention to the profit trend in the context of the balance sheet. Depreciation and amortisation had caused deep red figures last year. The management of Aurora Cannabis then started to cut costs. Investors are therefore likely to see a reduction in losses. However, analysts and observers consider it unlikely that Aurora Cannabis has made it into the profit zone.

Instead, experts assume a decline in sales and expect 56.8 million Canadian dollars revenues for the past quarter – a probable decline of more than 20 per cent. According to analysts, the sales trend for the year as a whole is also likely to have declined.

Although the Canadian cannabis market celebrated new records in the summer and retail sales rose to almost 318.7 million CAD, expectations for Aurora Cannabis are somewhat subdued. This is also reflected in the share price performance: So far this year, the share price of the company, which is traded on the US stock exchange NASDAQ, has lost 26.23 per cent – in the last three months alone, the stock has lost more than 31 per cent of its value.

On Tuesday, Aurora Cannabis shares initially gained on the NASDAQ but ultimately posted a loss of 1.63 per cent to 6.03 US dollars.