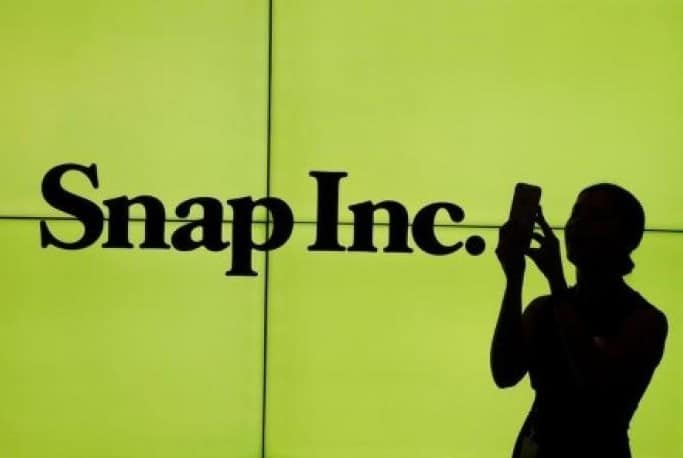 Snap reported EPS of $0.00 per share in the first quarter. This was an improvement in the same period last year when the camera company reported a loss of 0.210 US dollars per share. Analysts had previously expected EPS of USD -0.205.

As previously in Europe, ambitious climate goals of US President Joe Biden also supported individual US stocks from the alternative energy sector on Thursday. The shares of the solar company First Solar, for example, temporarily advanced by 4.22 per cent to 87.18 US dollars on the NASDAQ. In comparison, those of General Electric still gained 0.54 per cent to 13.42 US dollars in a market environment that came under pressure on the NYSE. The conglomerate is represented with a division in the wind energy sector.

It was announced that the USA wants to halve its greenhouse gas emissions by the end of the decade compared to 2005. With the new climate protection target for 2030, the United States has reported back in the fight against global warming at an international online summit after his predecessor Donald Trump pulled out of the Paris climate agreement. At an online meeting with 40 heads of state and government, Biden called for swift action to curb the climate crisis.

The Biden plans also caused euphoria among investors in European industrial companies on Thursday. Siemens Gamesa shares advanced by 6.7 per cent in Madrid and those of Vestas in Copenhagen by more than 10 per cent. In Germany, the rally was reflected in a plus of 8.6 per cent for Nordex shares.

The Corona crisis and accompanying restrictions have kept American Airlines deep in the red at the beginning of the year. In the first three months to the end of March, the US airline made a net loss of 1.3 billion dollars, as it announced on Thursday. Without government aid, the loss would have been much higher. Revenues fell by 53 per cent to around 4.0 billion dollars.

The cuts continue to weigh heavily on the balance sheet, although things were much worse in the previous quarters. Last year, American Airlines suffered a net loss of 8.9 billion dollars. Meanwhile, hopes are rising that the business is getting back on track. “We see signs of a continuing recovery,” said CEO Doug Parker.

American Airlines shares fell by 3.85 per cent to 20.20 US dollars in NASDAQ trading.

Unlike its competitors in the eurozone, Renault has to be satisfied with lower sales. Sales of France’s second-largest carmaker fell by one per cent to around ten billion euros at the beginning of the year, the company announced on Thursday. This is the fifth consecutive quarter since the outbreak of the pandemic in early 2020 that the group’s revenues have fallen. Sales rose slightly by one per cent to 665,000 vehicles. However, this left Renault far behind the delivery growth of its rivals. Volkswagen, for example, had increased sales by more than 21 per cent in the first quarter.

Renault is in the middle of restructuring and had accumulated a record loss last year. The new CEO, Luca de Meo, who has been at the helm since July, wants to put the carmaker on the road to success through a more challenging austerity drive and a transformation into a more software-focused technology group. Renault is barely represented in China, where its competitors are reaping high profits thanks to strong sales growth. In contrast, the weak European market is hitting the French hard.

Next major hydrogen order for ThyssenKrupp

Thyssenkrupp has landed another major contract to build a plant for the production of green hydrogen.

The industrial group will build a 20 MW water electrolysis plant for US fertiliser manufacturer CGF Industries in Louisiana, according to ThyssenKrupp. The hydrogen will then be converted into green ammonia. Green ammonia could be used as highly efficient storage for renewable energy and directly as a climate-neutral fuel, such as maritime transport. The start of production is planned for 2023.

At the beginning of the year, ThyssenKrupp had already received an order for the construction of a large electrolyser in Canada. Group CEO Martina Merz wants to construct plants for the production of hydrogen, a new core business of ThyssenKrupp.