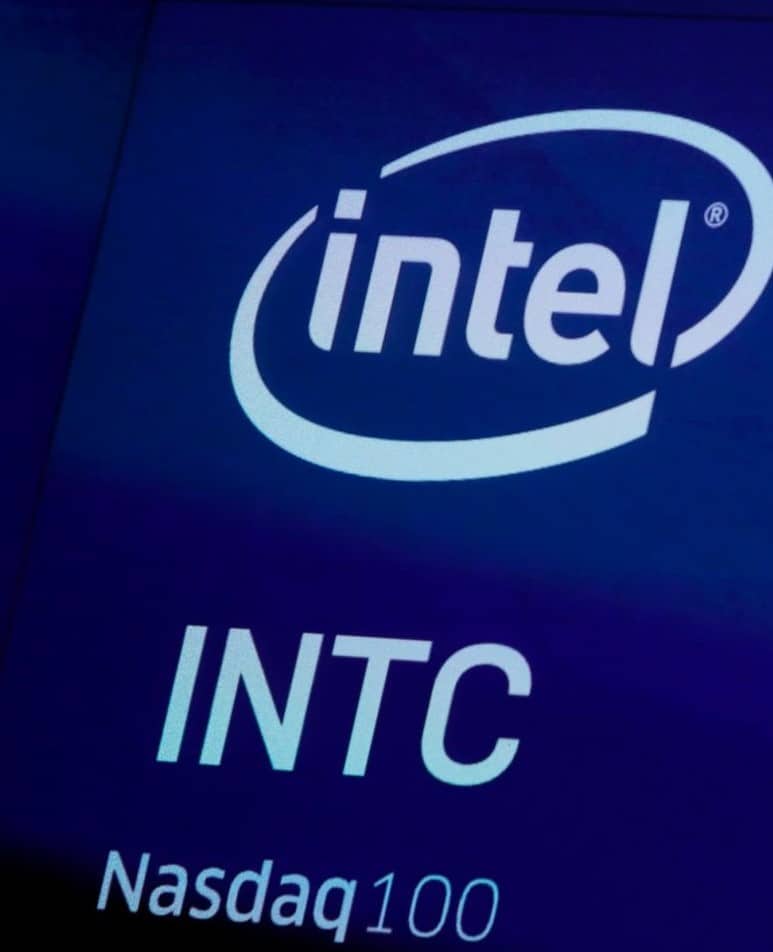 Intel, the world’s largest semiconductor company, is likewise hampered by a global component scarcity. In the last quarter, Intel was able to sell less notebook chips – because the manufacturers lacked other components to finish the devices.

Overall, the chip company recorded growth in sales and profits. However, Intel scared off investors with the announcement that the business would initially be less profitable because of the high investments in new factories. The share fell by around five per cent in after-hours US trading on Thursday.

Revenue at Intel’s division, which includes its PC chip business, fell 2 per cent year-on-year to $9.7 billion. This figure, however, does not convey the whole story. The company delivered 14 per cent fewer processors for notebooks year-on-year. At the same time, the impact on Intel’s sales was cushioned by a substantial price increase of 10 per cent. On the other hand, for desktop computers, Intel sold 16 per cent more chips – at 4 per cent higher prices.

The advertising business of the most popular photo app Snapchat has been hit hard by Apple’s measures for more privacy on the iPhone. Advertisers are finding it harder to measure the success of their ad campaigns, the operator Snap complained after missing revenue forecasts in the last quarter.

Apple introduced a rule in the summer that app developers must explicitly ask users for permission if they want to track their behaviour across different apps and services for advertising purposes. According to surveys, most users reject this, which is causing some previous advertising models to falter.

Snap’s advertising business is also being squeezed from a second angle: Various companies are experiencing bottlenecks in supply chains and the labour market. “In many cases, companies don’t have enough inventory or capacity to meet higher demand,” Gorman said. Accordingly, they have little interest in advertising their products during the usually buzzing Christmas season.

Investors pulled the rip-cord, which sent Snap shares ultimately plummeting 26.59 per cent to 55.14 US dollars in US trading on Friday.

Three months after the BMW iX electric SUV, the carmaker has also started serial production of the all-electric BMW i4. On Friday, the first vehicle went off the assembly line at the main factory in Munich. “On the journey to e-mobility, the start-up of the BMW i4 is a watershed moment for this factory and its crew” said board member for production Milan Nedeljkovic. “By 2023, more than half of all vehicles sold in Munich will be electric”. The majority of these will be fully electric. “Car manufacturers want to compete with industry pioneer Tesla in the e-car market with a “Tesla fighter”. Tesla’s Model 3 and the BMW i4 are aimed at the same groups of buyers. The all-electric i4 rolls off the same assembly line in Munich as the petrol, diesel and hybrid-powered 3 and 4 Series.

The i4 paves the way for the next generation of vehicles, the “New Class”, which will be “uncompromisingly focused on electric drives”, they said. The construction of these vehicles with a new platform, new batteries and new software are to start in 2025 at the planned BMW plant in Hungary and then be rolled out to all plants and model classes.

BMW shares rose by 1.9 per cent to 85.80 EUR and were among the biggest winners on the DAX on Friday.

American Express has seen a significant boost in revenues as a result of increased spending by its credit card consumers. On balance, the corporation made 1.8 billion dollars in the third quarter, around 70 per cent more than a year ago. On Friday, American Express announced this in New York, adding that revenues grew by a quarter to 10.9 billion dollars. However, the previous year’s result was heavily burdened by the corona crisis measures taken by numerous governments.