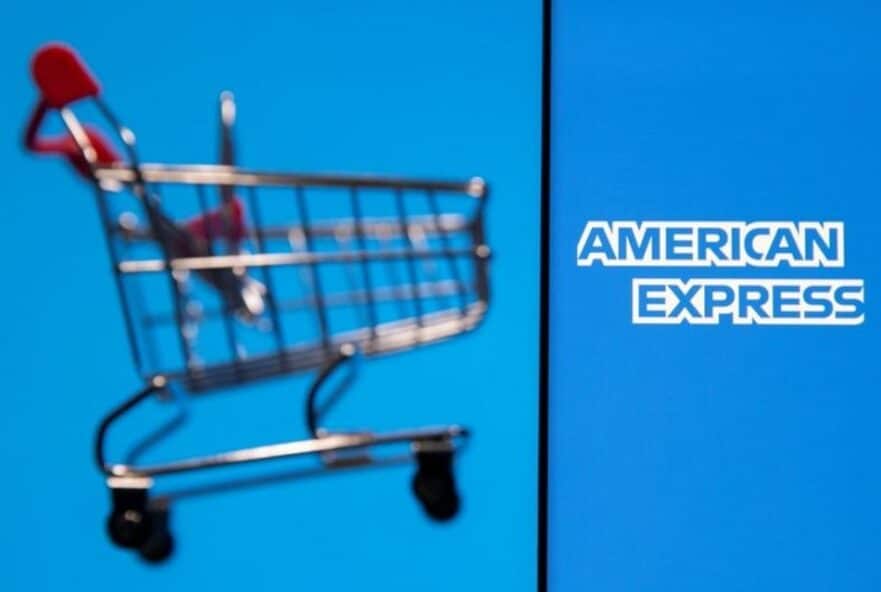 Credit card provider American Express Co posted higher sales and profits in the second quarter as consumer spending on travel and entertainment continued to rise, and the company built up credit reserves.

American Express’ net income rose to $2.28 billion from $257 million a year earlier, the financial services provider said. Earnings were $2.80 per share, up from 29 cents per share a year ago. Analysts had expected $1.63 per share, according to Factset. Revenue, net of interest expense, rose 33 per cent to $10.24 billion. Analysts had expected 9.57 billion. The company reversed a provision for credit losses and booked a $606 million profit from it.

“We saw cardmember spending accelerate from the prior quarter and exceed pre-crisis levels in June, with the majority of this spending growth coming from Millennial, Gen Z and small business customers,” Chief Executive and Chairman Stephen Squeri said in a prepared statement. He said, “Travel and entertainment spending continued to improve.” “Based on current trends, we are confident that in 2022 we will be in the upper range of the earnings per share expectations we originally had for 2020,” Squeri added.

The online pharmaceuticals retailer Shop Apotheke has shocked its investors by lowering its forecast. The group is much less confident about the current financial year, especially given bottlenecks in order processing due to a tense situation in the labour market. Growth will not be as high as previously targeted, and the operating profit is only expected to be in the black. The problem should remain a temporary and isolated event and not affect future growth prospects.

Sales growth is expected to be only 10 to 15 per cent in 2021; Shop Apotheke announced on Thursday evening after the stock market closed in Sevenum, the Netherlands. Previously, the company had assumed around 20 per cent. The operating margin concerning earnings before interest, taxes, depreciation and amortisation is also only expected to be around the break-even point, i.e. around 0 per cent. Previously, the management had told investors to expect an operating profit in the range of 2.2 to 2.8 per cent of turnover.

The Shop Apotheke share became one of the favourites on the stock exchange when the corona crisis began in the spring of 2020. In 2020, it was the favourite on the MDax with a plus of a good 240.

However, things have been going wrong for a few months now. Since the record high of 249 euros in mid-February, it has gone down in waves. One of the critical reasons for this is the doubt of stock market experts about a quick introduction of the electronic prescription in the German health system, which is so important for Shop Apotheke. It would significantly simplify the purchase of prescription drugs for customers of online pharmacies.

Another online advertising platform on the NASDAQ

The online content marketing platform Outbrain is celebrating its premiere on the stock exchange floor today. The company thus follows its biggest competitor Taboola onto the stock market. Tech company Outbrain is celebrating its first day of trading on the US tech exchange NASDAQ today. The initial price was 20.27 US dollars, just above the issue price. The share is currently trading at 20.25 US dollars.

The company issued 8,000,000 ordinary shares at the IPO – the issue price was previously set at 20 US dollars. This means that the demand for Outbrain shares in the run-up was lower than hoped for: Outbrain had previously targeted a price range of 24 to 26 dollars and thus speculated on an issue volume of 208 million US dollars in the best case. In the end, Outbrain raised less money: only 160 million US dollars flowed into the company’s coffers.

Like Taboola, the largest competitor in the market, Outbrain makes money by recommending online content. Outbrain’s recommendation boxes are embedded on websites to increase user interaction and monetise views. Originally from Israel, the company has been working in this segment since 2006 and says it has clients among “the world’s leading media companies and advertisers”. Outbrain’s recommendation technology is used in 7,000 online properties, and the company works with publishers and advertisers in more than 55 countries. Outbrain is headquartered in New York, with more than 800 employees working for the tech firm in 18 offices worldwide.

In 2020, the advertising platform turned over US$767 million and posted a net income of US$4.4 million, according to IPO filings Outbrain made with the Securities and Exchange Commission (SEC). In the first quarter, Outbrain reported strong revenue growth of 29 per cent to US$228 million. Profits nearly tripled to eleven million US dollars in the same period. Outbrain intends to use the money from the IPO primarily for expansion.