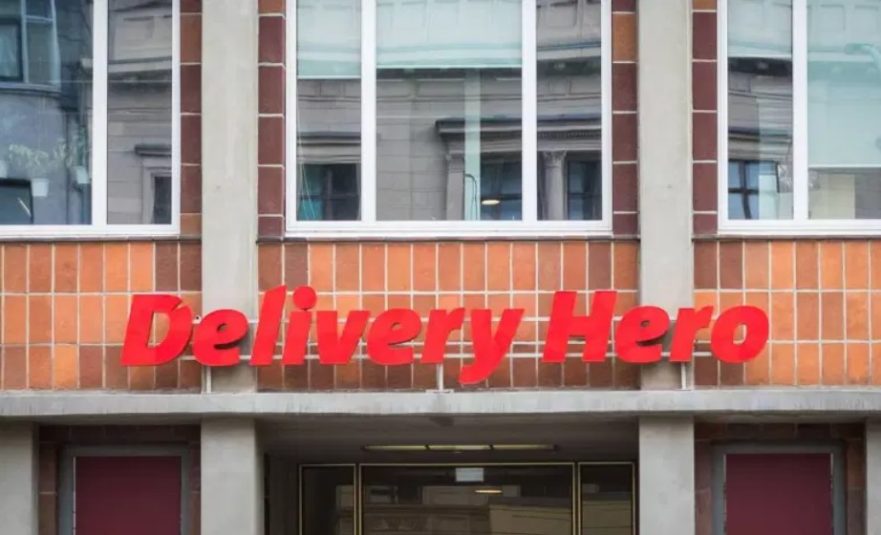 According to insider sources, the US investment bank Goldman Sachs is divesting 3 million shares in the food delivery service Delivery Hero. The Delivery Hero share certificates are to be offered by Goldman Sachs in a public book-building process at a price of at least 105.30 euros up to a maximum of the market price, as the Bloomberg news agency reported on Wednesday evening after the Xetra close. The shares had left the main Xetra trading session at a discount of 3.02 per cent to 109.10 euros. In a mid-market sale, Goldman Sachs would thus collect more than 321 million euros.

In day-trading, the Berlin-based company’s shares lost 2.5 per cent in an initial reaction. Since the beginning of the month, the share has already fallen by almost 13 per cent.

According to Bloomberg’s overview, the US bank currently holds over 3.24 million Delivery Hero shares, which corresponds to a percentage of 1.55.

The Viennese FinTech company Bitpanda is launching its own debit card, which can be used to make payments not only in euros but also in Bitcoin, Ethereum, IOTA, Tezos, XRP, Litecoin, as well as numerous other cryptocurrencies. The transactions are possible with all values that can be traded on the crypto exchange, i.e. even in precious metals such as gold, silver, palladium or platinum.

The Bitpanda card can be used for online shopping, supermarket purchases or ATM withdrawals. It is linked to the Visa payment system and can thus be used worldwide at all participating Visa merchants.

According to the company, the Bitpanda card can already be pre-ordered. The first cards will be sent out in the second half of February. However, it will initially only be available to citizens of the Eurozone.

Video game retailer GameStop, which caused a stir in the financial market in January with extreme share price volatility, must find a new chief financial officer.

Incumbent Jim Bell will vacate the post on 26 March; the company announced on Tuesday after the US stock market closed. GameStop has begun a search for a capable successor, it said, adding that if one cannot be found in time, chief accounting officer Diana Jajeh will initially take over. The company did not give a reason for Bell’s resignation.

GameStop has been in crisis for a long time, but driven by hobby-investors organised on the internet; its shares had a breathtaking rally last month. However, this caused billions of dollars in losses for some hedge funds that had bet on a drop in the share price. At the end of January, the share price reached a record high of over 483 dollars, but the high was quickly over again – the last price was just under 45 dollars. The chief financial officer’s resignation has led to gains: most recently, the GameStop share price was up 7.65 per cent to 48.40 US dollars in NYSE trading.

Square, the US payment service co-founded and ran by Twitter CEO Jack Dorsey, has bought around 3,318 Bitcoins for $170 million. The company announced the investment on Tuesday after the US stock market closed, calling it “part of an ongoing commitment to the cryptocurrency”.

Square had previously acquired Bitcoins for $50 million and is also looking to integrate the digital currency into its payment services. However, Square’s shares are currently down sharply on the NYSE, falling 7.62 per cent to $237.05, despite the company more than doubling revenue in the latest quarter and beating market expectations with its annual report.

Once again, the takeover merry-go-round is spinning in the pharmaceutical and biotech industry. The Irish drug developer Icon wants to take over the US contract researcher PRA Health Sciences for about 12 billion US dollars. In doing so, the two companies want to forge a leading provider in clinical research. A corresponding agreement on the purchase has already been concluded, Icon announced in Dublin on Wednesday. The combined company will set new standards in accelerating clinical research, said Icon CEO Steve Cutler, according to the statement.

The Irish are offering PRA shareholders $80 per share in cash and 0.4125 Icon shares. Thus, the offer includes a premium of about 30 per cent to the closing price of PRA shares on Tuesday, he said. Icon expects the acquisition to significantly boost earnings from the first full year after the takeover. The deal is subject to regulatory and shareholder approval, and Icon expects the acquisition to close during the third quarter.

Icon, headquartered in Dublin, Ireland, employs around 16 000 people and develops medicines and solutions for the pharmaceutical, biotechnology and medical device industries. The group also offers consulting and marketing services. PRA employs about 19 000 people and is one of the world’s largest contract research organisations by revenue.