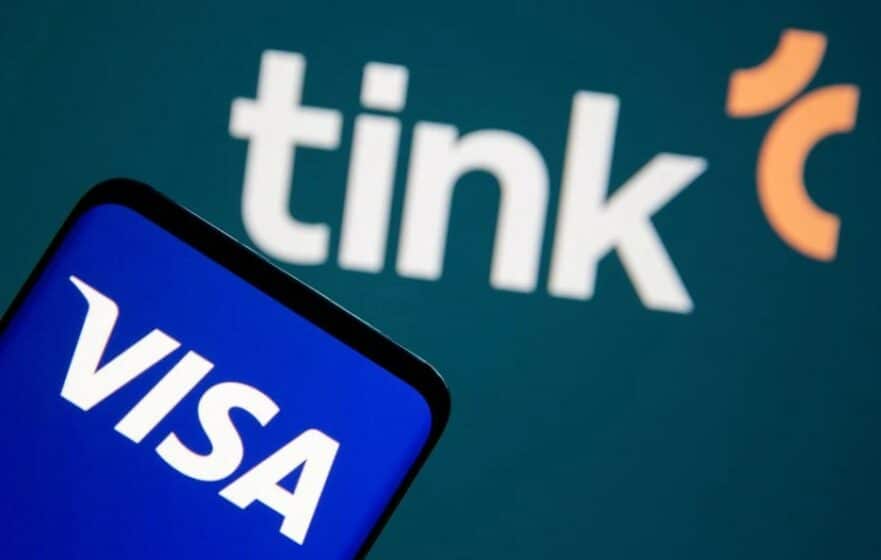 Scandinavian bank SEB can enjoy a warm windfall from the sale of its stake in fintech Tink. As the bank announced, the US credit card group Visa is taking over the Stockholm-based start-up for a total of €1.8 billion. The bank did not disclose how much of this amount was attributable to SEB, which, according to its own information, is the largest shareholder.

The bank said it had agreed not to disclose financial details. It will provide further information in its report for the second quarter. SEB and Tink have had a strategic partnership since 2016. At that time, the bank joined the fintech, and a licensing agreement was signed under which SEB can use the Tink platform to improve its mobile app and digital offerings. SEB increased its stake in 2017 and 2019.

Tesla CEO Elon Musk retweeted a Twitter post from the official Tesla feed of the China region last weekend. It is a video in Chinese with English subtitles in which Tesla introduces the longest Supercharger route from east to west in China.

The route runs from the eastern coastal hub of Zhoushan via the cities of Sanmenxia, Xi’an, Tianshui, Zhangye, Shanshan, Usu and Bole to the western city of Horgos, on the border with Kazakhstan, thus roughly following the Silk Road, which for centuries was a central trade route between Europe and China.

There are 27 Tesla Supercharger stations along the 5,000-kilometre route from Zhoushan to Horgos. There is a charging station every 100 to 300 kilometres along the route, allowing drivers to achieve a range of up to 250 kilometres in just 15 minutes of charging, Bloomberg reports. This would allow Tesla drivers to travel to tourist attractions such as the Kumtag Desert, Turfan Volcano, Sayram Lake and famous scenic destinations in Xinjiang without worry.

According to official data from the industry association PCA (China Passenger Car Association), the US electric carmaker delivered 33,463 Chinese-made vehicles to customers in May – around 29 per cent more than in the weak previous month of April.

Given the question of future mobility, air taxis are becoming an increasingly important topic. Accordingly, many start-ups are devoting themselves to the project of developing an environmentally friendly air taxi. With Vertical Aerospace, one of these companies is now aiming for the stock market and is getting important support.

An IPO in the form of a SPAC is planned with the help of the shell company Broadstone Acquisition Corp. on the New York Stock Exchange, which will bring the company a valuation of around 2.2 billion US dollars. Although the exact date of the IPO has not yet been set, it is expected to occur in the second half of 2021.

Vertical can count on some noteworthy partners such as Honeywell, Rolls-Royce or Microsoft, which provide important support in the conception of the specialised requirements for the flying taxi. All three companies are also among the start-up’s investors. On the commercial side, Vertical Aerospace was able to win Avolon and American Airlines as backers. There is also a commercial partnership with Virgin Atlantic.

With the SPAC announcement, Vertical Aerospace also announced that up to 1,000 pre-orders for the hybrid have already been placed by American Airlines, Virgin Atlantic and Avolon, with a total value of up to US$4 billion, with some of these orders subject to certain preconditions. Vertical Aerospace’s biggest effort now is to get the VA-X4 certified by the European Aviation Safety Agency (EASA). However, the investments are also aimed at advancing the hybrid itself and building the necessary infrastructure for the air taxi. Vertical is aiming for commercial operation of the VA-X4 by 2024.

“This is the most exciting time in aviation in almost a century. Electrification will transform flying in the same way that the jet engine did 70 years ago. Today’s announcement brings together some of the biggest and most respected technology and aviation companies globally. Together, we can reach our goal of making the VA-X4 the first zero-emission aircraft that most people will use. The United Kingdom is a global leader in aviation innovation, and we believe Vertical Aerospace will be the UK’s engineering leader that will continue to drive the aviation industry forward,” Vertical CEO and founder Fitzpatrick said in the IPO announcement.

The US pharmaceutical company Eli Lilly has taken a decisive step towards market approval with its Alzheimer’s drug Donanemab. The US Food and Drug Administration (FDA) granted the drug “Breakthrough Therapy” status, which allows for accelerated approval. As the company announced in Indianapolis on Thursday, the agency’s decision is based on a mid-stage phase 2 study in which Eli Lilly and had tested the safety and efficacy of the antibody-based drug in patients suffering from an early form of the neurodegenerative disease and experiencing initial symptoms.

Breakthrough therapy status is usually granted to drugs for severe or life-threatening diseases that significantly improve available therapies. At the beginning of June, the FDA gave the US company Biogen approval for its novel Alzheimer’s drug aducanumab, despite its controversial efficacy. It was the first approval for an Alzheimer’s drug since 2003.