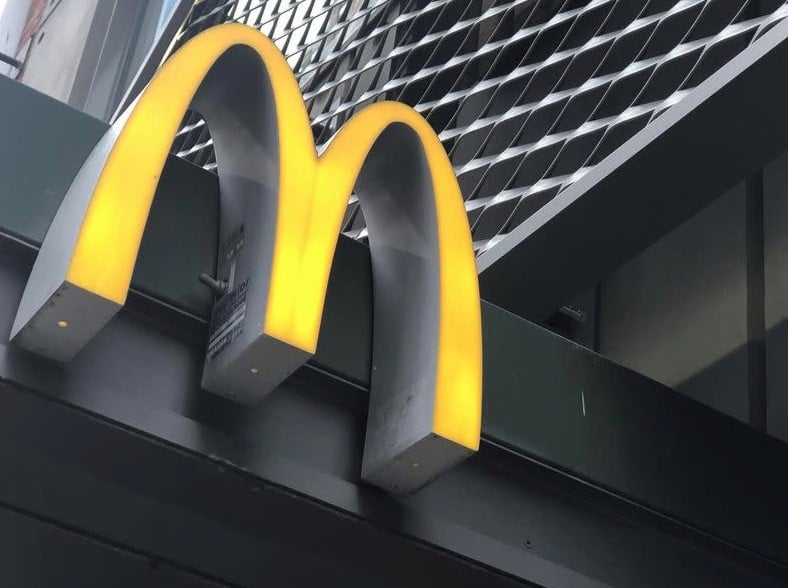 The world’s largest fast-food company McDonald’s, is looking to put the aftermath of the Corona pandemic further behind it.

The share buyback programme, which was suspended in spring 2020, will be resumed, the group announced in Chicago on Friday night. In addition, the quarterly dividend will be increased by seven per cent to 1.38 US dollars. Analysts had expected somewhat less. McDonald’s, like many others, had been holding its money together from the Covid 19 crisis in the spring of 2020 and had suspended share buybacks because of it.

Adidas rival Nike is slowed by the month-long closure of its Vietnamese factories due to strict corona measures.

“We’ve already lost ten weeks of production,” said CFO Matt Friend when presenting the latest quarterly figures on Thursday. Plans to reopen some of the plants had already been approved, he said. But the pandemic experience so far shows that it will take several months before production reaches the usual level. Friend stressed that the sales pressure was entirely due to the production bottlenecks and that Nike had no problems with demand.

The consequence: Nike only expects sales at the previous year’s level for the current business quarter and does not rule out a minor decline. The bottlenecks are thus choking off a rapid recovery of Nike’s business after declines in the year 2020. In the first fiscal quarter ended at the end of August, revenues were still up 16 per cent year-on-year to 12.25 billion dollars (10.45 billion euros). However, analysts had expected an even stronger increase to around 12.5 billion dollars. In the first quarter, turnover almost doubled.

Nike has now also lowered its sales forecast for the entire business year because of the current development. Instead of double-digit percentage growth, only a single-digit increase is expected. Profits rose by 23 per cent to 1.87 billion dollars in the last financial quarter.

Nike shares ultimately lost 6.33 per cent to 149.48 US dollars in trading on the NYSE on Friday.

According to insiders, Europe’s largest insurer, Allianz, wants to sell a large life insurance portfolio in the USA. The Bloomberg news agency reported on Friday evening, citing people familiar with the matter could free up several billion US dollars in capital for the DAX group. A contract portfolio with assets and liabilities in the double-digit billion-dollar range is at stake. Allianz is currently exploring a possible reinsurance solution with advisors.

Allianz did not want to comment on the matter when asked by Bloomberg. In April, the group sold around 90,000 life insurance policies from Belgium to the insurer and reinsurer Monument Re. After a transitional period, the latter’s subsidiary MAB will continue to manage the contracts until they expire. In Belgium, as in Germany, Allianz wants to concentrate on new types of life insurance contracts that tie up less capital. However, for its German business, the group has repeatedly ruled out a sale of the old contract portfolios.

The Allianz share temporarily rose by 0.77 per cent to 193.94 euros after XETRA closing on Friday.

Majorel only manages the lower end of the price range

The Bertelsmann Group’s services division Majorel was launched on the Amsterdam stock exchange EURONEXT on Friday. However, the management has to be content with lower proceeds than hoped for in the IPO. Including the greenshoe option, Bertelsmann will now receive €380 million for 23 million shares, as the company announced on Thursday evening after the close of trading. The reason for this is that the issue price for Majorel shares was set at 33 euros. This meant that the paper only reached a price close to the lower end of the range of 32 to 39 euros. Bertelsmann remains a strategic shareholder of Majorel, the statement added.

On Friday, Majorel started on the EURONEXT in Amsterdam at 33 euros each. The share price was thus at the same level as the issue price at the beginning. However, the shares could not hold this level for long: Only a few minutes after the start of trading, the price slumped by almost 7 per cent to just under 30.79 euros. At the end of trading, the shares were down 5.45 per cent at 31.20 euros.